The Boeing X-51 WaveRider is an unmanned scramjet aircraft for hypersonic (Mach 6, approximately 4,000 miles per hour at altitude) flight testing. It completed a 6-minute flight and reached speeds of over Mach 5 for 210 seconds on May 1, 2013 for the longest duration hypersonic flight. The aircraft has been nicknamed “WaveRider” because it uses its shock waves to add compression lift. Continue reading for more information. 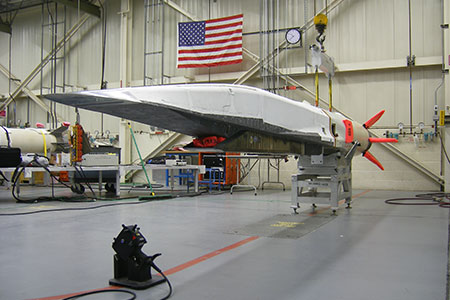 In flight demonstrations, the X-51 is carried by a B-52 to an altitude of about 50,000 feet and then released over the Pacific Ocean. The X-51 is initially propelled by an MGM-140 ATACMS solid rocket booster to approximately Mach 4.5. The booster is then jettisoned and the vehicle’s Pratt & Whitney Rocketdyne SJY61 scramjet accelerates it to a top flight speed near Mach 6.

4. X-51 Technology to be Used in Missile 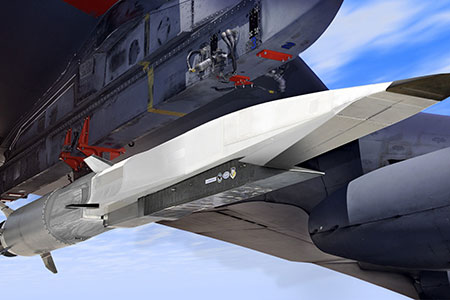 3. Made from Aerospace Materials 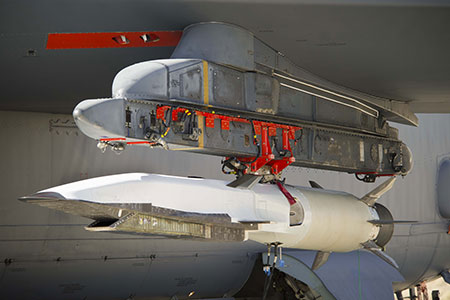 The X-51 was made primarily using standard aerospace materials such as aluminum, steel, inconel, and titanium. Some carbon/carbon composites of the leading edges of fins and cowls are used. For thermal protection, the vehicle utilizes a Boeing designed silica-based thermal protection system as well as Boeing Reusable Insulation tiles, similar to those on board the NASA Space Shuttle Orbiters. 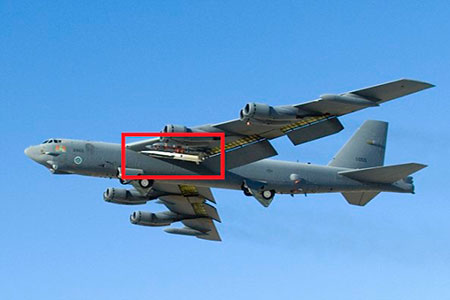 Four X-51As were built for the Air Force. The X-51A program is a technology demonstrator and was not designed to be a prototype for weapon system. It was designed to pave the way to future hypersonic weapons, hypersonic intelligence, surveillance and reconnaissance, and future access to space.

1. Scramjet is Like Lighting a Match in a Hurricane

Hypersonic flight, normally defined as beginning at Mach 5, five times the speed of sound, presents unique technical challenges with heat and pressure, which make conventional turbine engines impractical. Program officials said producing thrust with a scramjet has been compared to lighting a match in a hurricane and keeping it burning.

23 Cool and Geeky Ways to Hide Technology, Things Around the House