Did you know that every 15 minutes or so the giant dragon perched atop Gringotts Bank will actually breathe fire? That’s right, you’ll first hear a loud noise and then the fire breathing will ensue shortly. The Diagon Alley expansion has been completed at Universal Studios Florida and features a restaurant and several “signature shops”. Reports indicate that these will include The Leaky Cauldron, Ollivanders Wand Shop, Weasleys’ Wizard Wheezes, Borgin and Burkes, Madam Malkin’s Robes for All Occasions, Wiseacre’s Wizarding Equipment, and Florean Fortescue’s Ice Cream Parlour. Continue reading for more cool hidden gems. 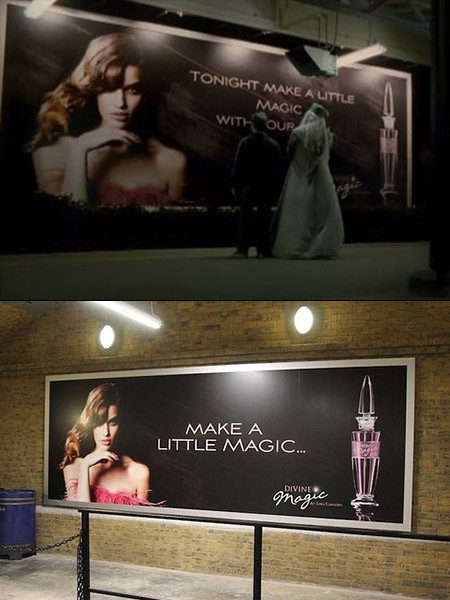 We start off this list with King’s Cross Station. If you look closely, there’s a perfume ad that resembles the one Harry and Dumbledore stand by in Half-Blood Prince. To see for yourself, enter King’s Cross Station from the London facade, and it’ll be on your left. However, for those taking the Hogwarts Express from Hogsmeade, it’ll be on your right.

At 12 Grimmauld Place (second-story window on the right), visitors will be able to see Kreacher the House Elf peaking through the window every few minutes. It’s a small, but very nice touch that adds to the atmosphere of this area. 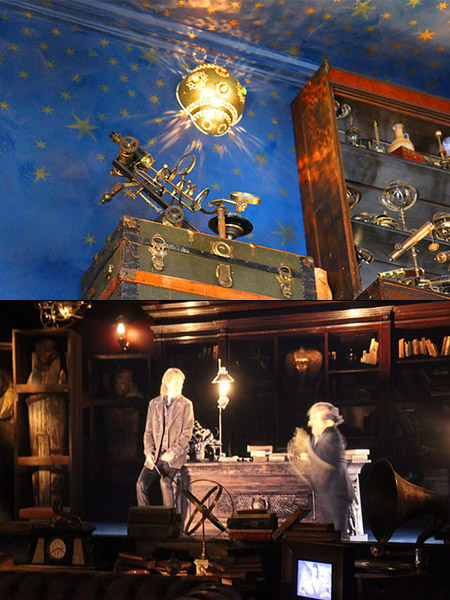 Inside Wiseacre’s Wizarding Equipment, if you looks close enough, you’ll see a microscope that was used by Bill Weasley in the pre-show portion of the Gringotts ride. It’s sitting on his desk. 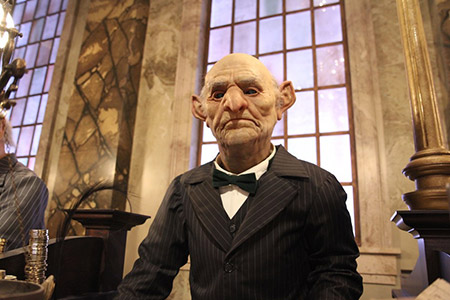 If you go up to any goblin at Gringotts and ring the bell by their desk, they’ll turn to look straight at you. While it may sound creepy, this would be a perfect prank to play on someone right around Halloween.

Thanks to interactive wands, visitors can cast their own spells throughout Diagon Alley. That’s right, if you yell, “Metelojinx!” at the exact umbrella above, and move your wand the proper way, water will pour down.