Ilha de Queimada Grande, nicknamed Snake Island, is a 430,000-square-metre (43-hectare) island off the coast of the state of Sao Paulo, Brazil. It is home to a species of fer-de-lance, the Golden Lancehead Viper (Bothrops insularis), which is one of the most venomous snakes in the world. Continue reading for more crazy facts. 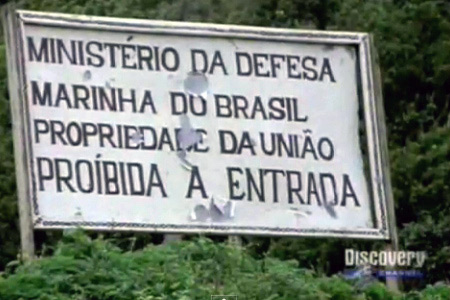 Plans to build a banana plantation on the island fizzled, but this is likely the origin of the island’s name, as in Portuguese, queimada is a name for a slash-and-burn fire (i.e., to clear land for agriculture); so, the island’s name would mean “the island of the big land-clearing fire.” 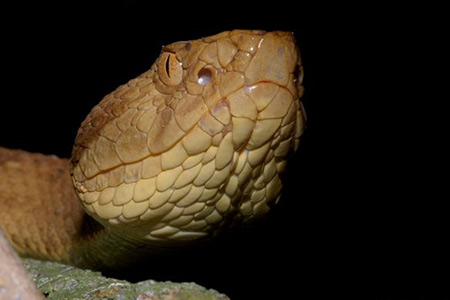 For a long time, the island’s only inhabitant was a lighthouse keeper. Currently, the Brazilian Navy bans civilians from the island, though scientists sometimes receive waivers. 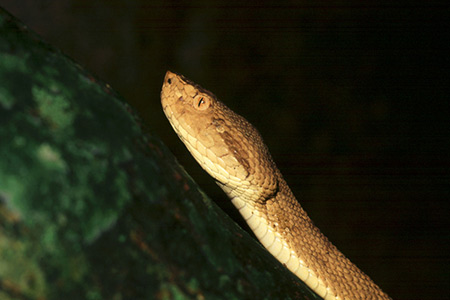 The snakes live off migratory birds, which stop there to rest, and are shortly thereafter slaughtered and eaten by the thousands. The Golden Lancehead is the only species of snake on the island, yet is considered in danger of extinction since it has no other habitat and might be wiped out by wildfire. The viper population is also at risk from inbreeding, effects of which are evident in the population. 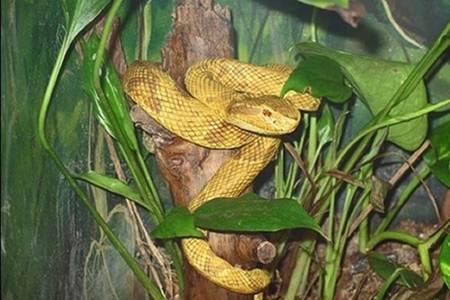 Local legend claims there are five snakes to every square meter, while a documentary on the Discovery Channel claims that in some places there are as many as one snake per square meter. 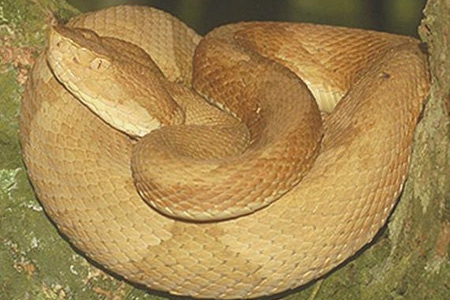 An unknowing fisherman once landed on the island to innocently pick bananas. He was promptly bitten, and later found in his boat, lying in a large pool of blood. The last lighthouse operator, his wife, and their three children were all bitten by snakes that slithered through a window at night. As they tried to flee the island, snakes bit them from the branches above, and they died before escaping.