Marie Curie was a Polish and naturalized-French physicist and chemist who conducted pioneering research on radioactivity. She was the first woman to win a Nobel Prize, the only woman to win in two fields, and the only person to win in multiple sciences. Curie died in 1934 at the sanatorium of Sancellemoz (Haute-Savoie), France, due to aplastic anemia brought on by exposure to radiation – mainly, it seems, during her World War I service in mobile X-ray units created by her. Continue reading for more. 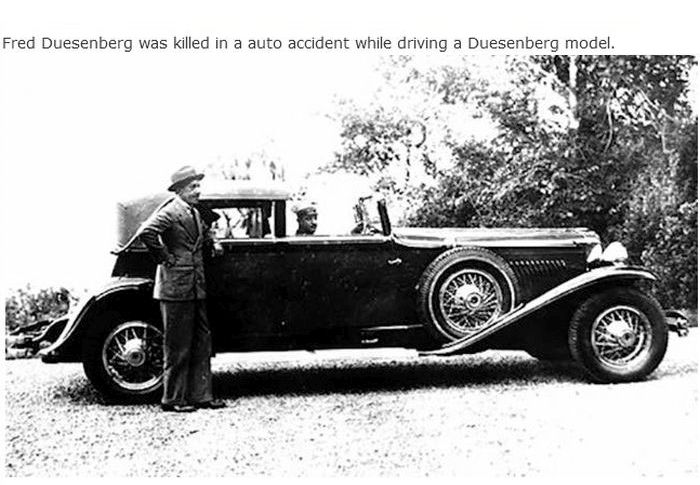 Frederick Samuel Duesenberg (December 6, 1876 – July 26, 1932) was a German-born American automobile pioneer designer, manufacturer and sportsman. In 1913 the Duesenberg brothers founded Duesenberg Automobile & Motors Company, Inc, in St. Paul to build engines and racing cars. On July 2, 1932, Fred was driving his Duesenberg on a wet Lincoln Highway on Ligonier Mountain near Jennerstown, Pennsylvania when his automobile overturned, apparently at high speed. Mr. Duesenberg was expected to fully recover from the spinal injury and dislocation of the shoulder when pleural pneumonia developed. An oxygen tank brought from Pittsburgh was employed and he again was thought out of danger. On July 25, he suffered a relapse and died. His wife and son were with him at the end. 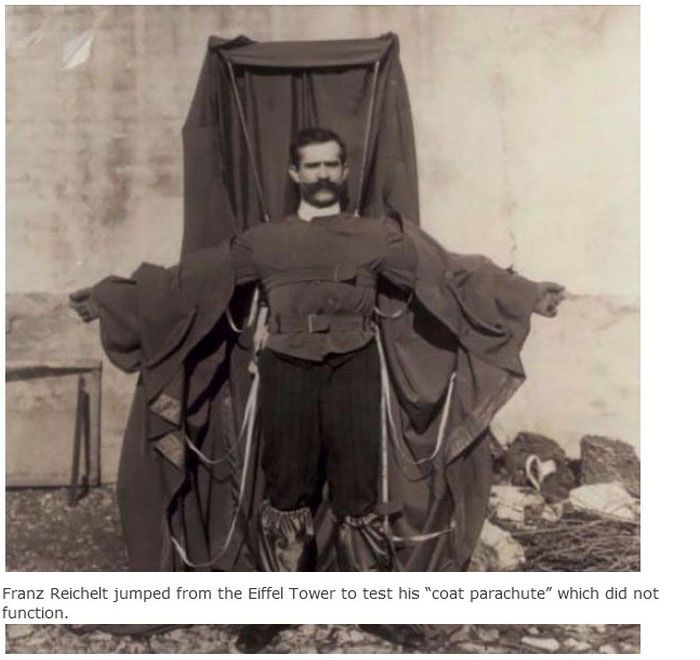 Franz Reichelt was an Austrian-born French tailor, inventor and parachuting pioneer, now sometimes referred to as the Flying Tailor, who is remembered for jumping to his death from the Eiffel Tower while testing a wearable parachute of his own design. Reichelt had become fixated on developing a suit for aviators that would convert into a parachute and allow them to survive a fall should they be forced to leave their aircraft. Initial experiments conducted with dummies dropped from the fifth floor of his apartment building had been successful, but he was unable to replicate those early successes with any of his subsequent designs. 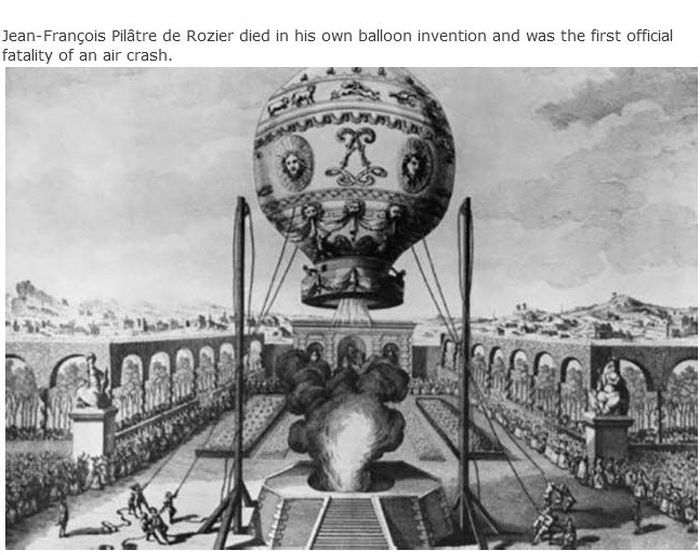 Jean-Francois Pilatre de Rozier was a French chemistry and physics teacher, and one of the first pioneers of aviation. He and the Marquis d’Arlandes made the first manned free balloon flight on 21 November 1783, in a Montgolfier balloon. He later died when his balloon crashed near Wimereux in the Pas-de-Calais during an attempt to fly across the English Channel. He and his companion, Pierre Romain, became the first known fatalities in an air crash. 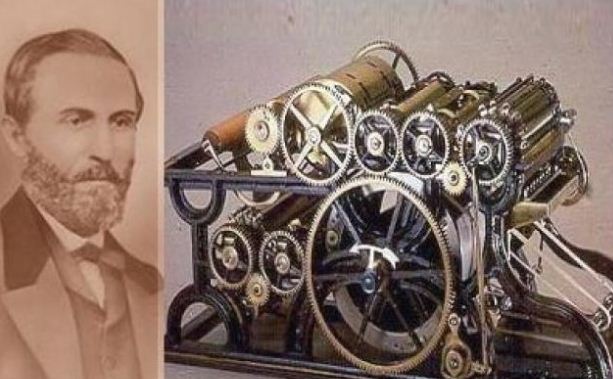 William Bullock (1813 – April 12, 1867) was an American inventor whose 1863 improvements to Richard March Hoe’s rotary printing press helped revolutionize the printing industry due to its great speed and efficiency. A few years after his invention, Bullock was accidentally killed by his own web rotary press. On April 3, 1867 he was making adjustments to one of his new presses that was being installed for the Philadelphia Public Ledger newspaper. Bullock tried to kick a driving belt onto a pulley. His leg was crushed when it became caught in the machine. After a few days, he developed gangrene. On April 12, 1867, Bullock died during an operation to amputate the leg. He is buried in Union Dale Cemetery on Pittsburgh’s North Side. 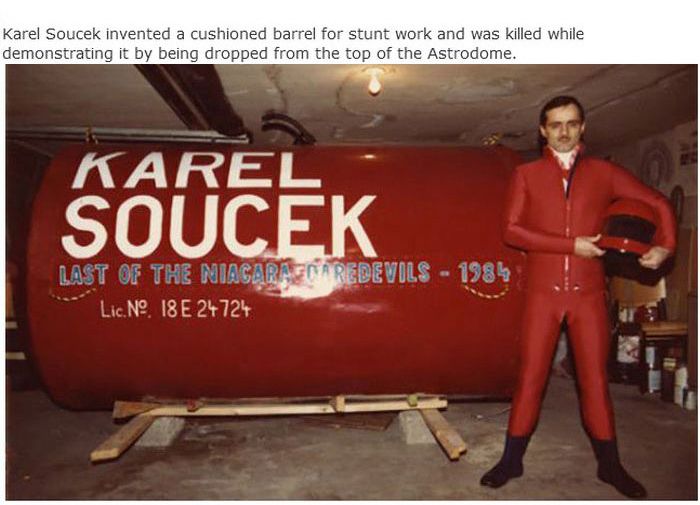 Karel Soucek was a Canadian professional stuntman who went over Niagara Falls in a barrel in 1984. On January 19, 1985, as Soucek was enclosed in his barrel, 180 feet above the floor of the Astrodome, the barrel was released prematurely and began spinning as it fell toward the floor. Instead of landing in the center of the tank of water, the barrel hit the rim. Foam pads which had been placed at the bottom of the tank to cushion Soucek’s fall had floated to the surface before the barrel was released. Soucek, severely injured, was still alive when he was cut from the barrel but died while the Astrodome stunt show was still going on. Famed stuntman Evel Knievel had tried to persuade Soucek not to go through with the stunt, calling it “the most dangerous I’ve ever seen”.

You Commonly See Places Like This in Storybooks, But These All Exist

It May Look Like an Old Camper, But Several Months Later It Was Transformed Into This