Humans don’t live much longer than Jeanne Calment, “a French citizen who has the longest confirmed human lifespan in history at 122 years and 164 days. She was born on February 21, 1875 and passed on August 4, 1997.” However, animals are another story. Continue reading to see five animals that can live much longer than humans. 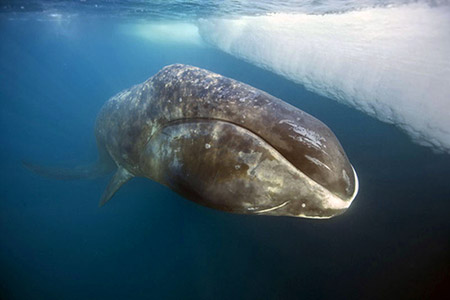 The Bowhead whale (Balaena mysticetus) is a baleen whale of the right whale family Balaenidae. A stocky dark-colored whale without a dorsal fin, it can grow to 20 m (66 ft) in length. This thick-bodied species can weigh 75 tonnes (74 long tons; 83 short tons) to 100 tonnes (98 long tons; 110 short tons), second only to the blue whale in weight.

In an article by science writer Ned Rozell of the Geophysical Institute at the University of Alaska Fairbanks, a whale was analyzed with an age of 211 years. The aging method used measures changes in aspartic acid in a specimen’s eyeball and has an accuracy range of about 16%, meaning the 211 year-old bowhead could have been from 177 – 245 years old. This would make it the oldest known mammal that exists. 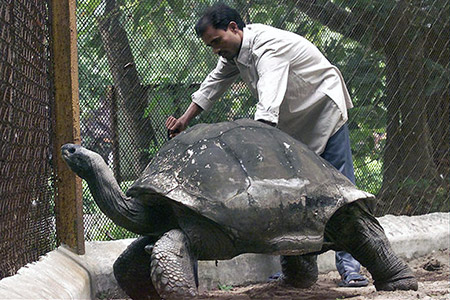 Adwaita (meaning “one and only” in Sanskrit) (c. 1750 – 23 March 2006) was the name of a 250 kg (550 pound) male Aldabra giant tortoise in the Alipore Zoological Gardens of Kolkata, India. He was amongst the longest-living animals in the world and is believed to be the oldest known tortoise on record.

According to the BBC, historical records show he was a pet of British general Robert Clive of the East India Company and had spent several years in his sprawling estate before he was brought to the Alipore Zoo in Calcutta about 130 years ago. The shell of Adwaita will be carbon-dated to hopefully provide a more accurate assessment of his age. 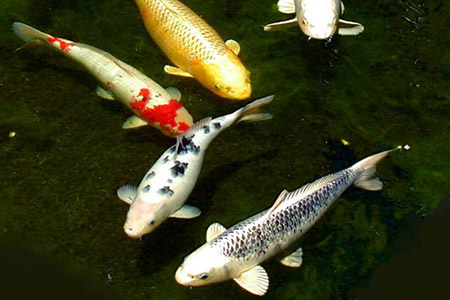 Koi fish are ornamental varieties of domesticated common carp (Cyprinus carpio) that are kept for decorative purposes in outdoor koi ponds or water gardens. Koi varieties are distinguished by coloration, patterning, and scalation. Some of the major colors are white, black, red, yellow, blue, and cream.

According to Laura Barton of The Guardian: the age of a fish is calculated in much the same way as one works out the age of a tree by counting its rings; most fish have growth rings on their scales known as annuli. This technique was used to estimate the age of Hanako, meaning “flower maid”, the world�s oldest koi carp, who died on July 7, 1977 at the age of 226 years. 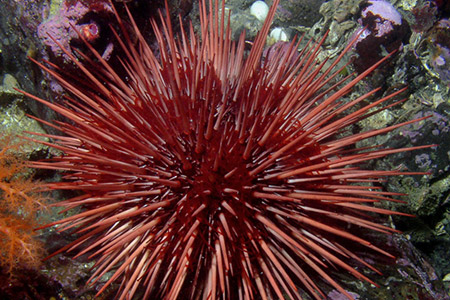 Strongylocentrotus franciscanus, commonly called Red Sea Urchin (although its color ranges from pink or orange to nearly black), is a sea urchin found in the Pacific Ocean from Alaska to Baja California. It lives in shallow waters from the low-tide line to 90 metres (300 ft) deep, and is typically found on rocky shores that are sheltered from extreme wave action.

A Sea Urchin’s spherical body is completely covered by sharp spines that can grow up to 8 cm. These spines grow on a hard shell called the “test”, which encloses the animal. The oldest ones have been measured to be around 19 cm in diameter. According to a research paper by Thomas A. Ebert at the Department of Zoology at Oregon State University, the largest reported red sea urchins are from British Columbia, Canada and are expected to be around 200 years old. 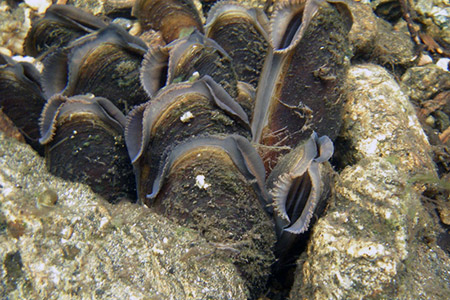 The freshwater pearl mussel, scientific name Margaritifera margaritifera, is an endangered species of freshwater mussel, an aquatic bivalve mollusc in the family Margaritiferidae. This species is capable of making fine-quality pearls, and was historically exploited in the search for pearls from wild sources.

In recent times, the Russian malacologist Valeriy Ziuganov received worldwide reputation after he discovered that the pearl mussel exhibited negligible senescence (i.e., lack of symptoms of aging) and he determined that it had a maximum lifespan of 210-250 years. 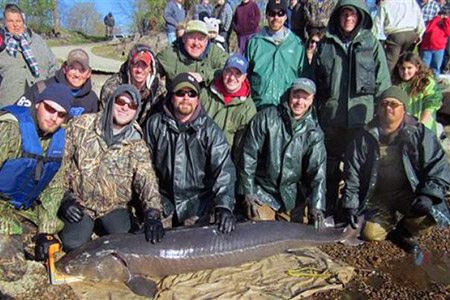 One of the oldest families of bony fish in existence, sturgeon are native to subtropical, temperate and sub-Arctic rivers, lakes and coastlines of Eurasia and North America. Sturgeon is the common name used for some 26 species of fish in the family Acipenseridae. Sturgeons ranging from 7-12 feet (2-3.5 m) in length are common, and some species grow up to 18 feet (5.5 m).

In April of 2012, the Wisconsin state Department of Natural Resources tagged a 125-year-old sturgeon that measured 7 feet and 3 inches in length and weighed 240-pounds. The fish, which was released back into the river after it was tagged, was also the largest ever captured in Wisconsin.