A haboob basically refers to a type of intense dust storm carried on an atmospheric gravity current. Haboobs occur regularly in arid regions throughout the world. We’ve rounded up five fascinating things you may not have known about this natural phenomena. Continue reading to see more. 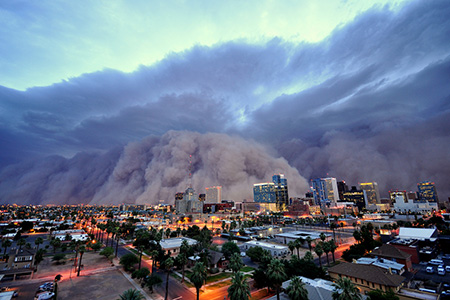 When this downdraft, or downburst, reaches the ground, it blows dry, loose silt and clay (collectively, dust) up from the desert, creating a wall of sediment that precedes the storm cloud. This wall of dust can be up to 100 km (62 mi) wide and several kilometers in elevation. 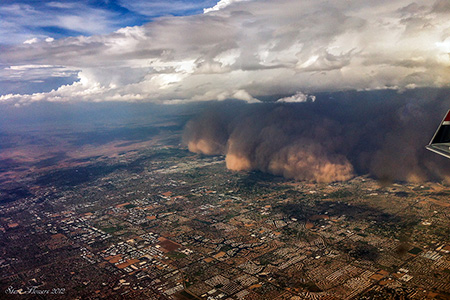 At their strongest, haboob winds often travel at 35-100 km/h (~20-60 mph), and they may approach with little or no warning. Often rain does not appear at ground level as it evaporates in the hot, dry air (a phenomenon known as virga). Occasionally, when the rain does persist, it can contain a considerable quantity of dust. 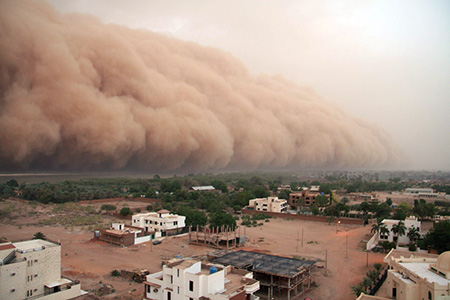 Haboob winds in the Arabian Peninsula, Iraq, Kuwait, and North America are frequently created by the collapse of a thunderstorm, while haboobs in Australia may be frequently associated with cold fronts. The deserts of Central Australia, especially near Alice Springs, are particularly prone to haboobs, with sand and debris reaching several kilometers into the sky and leaving up to a foot of sand in the haboob’s path. 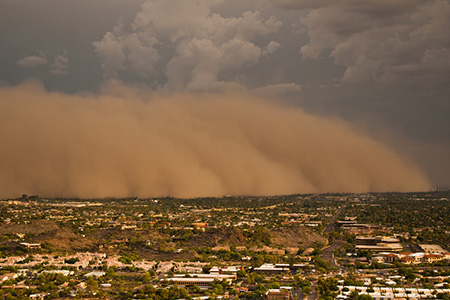 They have been observed in the Sahara desert (typically Sudan, where they were named and described), as well as across the Arabian Peninsula, throughout Kuwait, and in the most arid regions of Iraq. African haboobs result from the northward summer shift of the inter-tropical front into North Africa, bringing moisture from the Gulf of Guinea.

This is Why You Shouldn’t Ship Yourself in a Box

How Geeks Respond to One Letter “K” Text Messages