In the Star Wars universe, carbon-freezing basically referred to a process where gas was pumped into a freezing chamber and then mixed with molten carbonite to form a solid block. The gas was released later at its destination or at the processing center. Darth Vader ordered the modification of a freezing chamber on Bespin’s Cloud City so that he could freeze Luke Skywalker, but as a test, the process was tried on Han Solo, and the rest is history. On a side note, carbon-freezing could induce hibernation sickness after being released, as was the case with Han Solo. Continue reading to see a few Han Solo Frozen in Carbonite items you probably never knew existed. 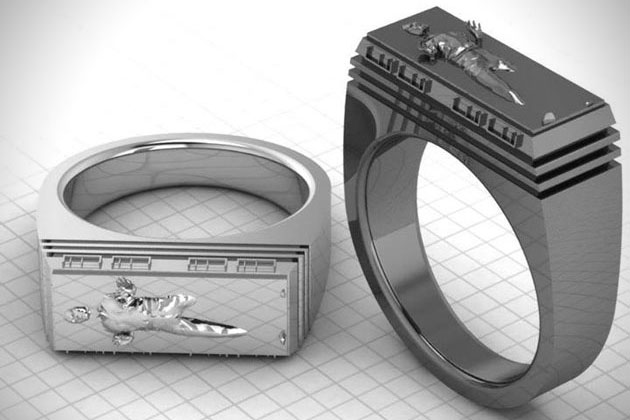 Paul Michael Design, a custom jewelry designer from Pittsburgh, has created a geeky Han Solo Frozen in Carbonite ring that is sleek and stylish. The company is looking to offer the ring in several different models, including a sterling silver, gold and even titanium. 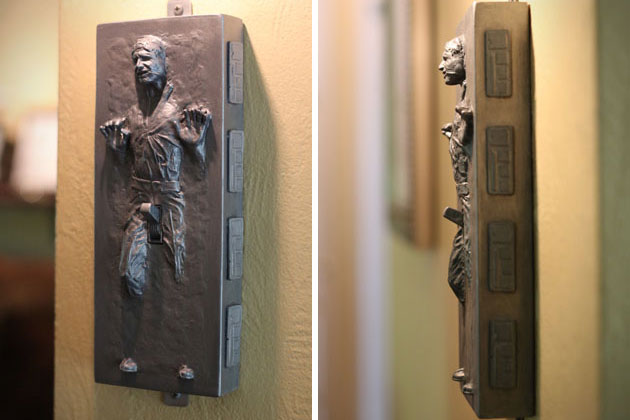 Florida-based Wicked Studio was tired of the boring old light switches you see in houses worldwide, so they decided to hand-sculpt a switch plate in the shape of the infamous carbon-freezing scene, and it’s UL approved to boot. Sure, the switch is located in the crotch of Han, but most fans probably have no complaints. 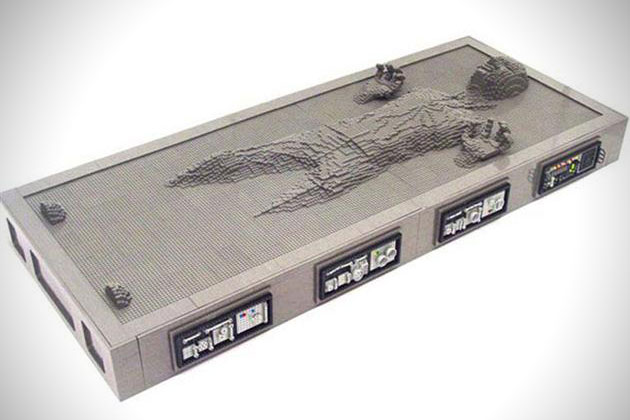 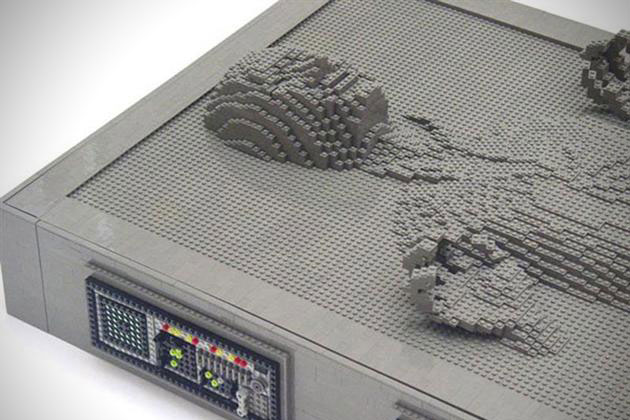 Professional LEGO artist Nathan Sawaya is no stranger to geeky things, and is probably a Star Wars fan himself. So, it’s no surprise that he spent 3-months and used 10,000 bricks to construct a 6-foot-tall replica of the classic Han Solo scene. 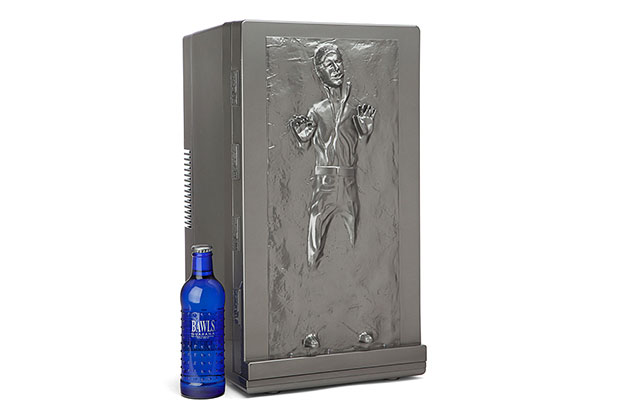 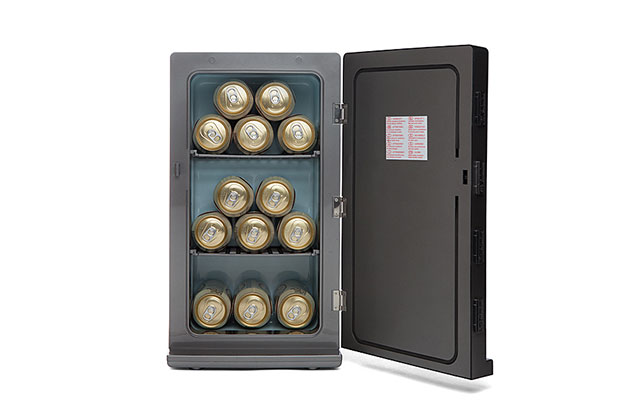 ThinkGeek‘s Han Solo fridge recreates the classic carbon-freezing scene, and can hold up to 18-cans of your favorite beverage. “And though the Han Solo Fridge be mighty, it’s still made to travel. It’s even got a handle on top for grabbing, which, let us tell you, is more convenient than carrying a huge block of flippin’ carbonite. Whether it’s blue milk or leftover bantha burgers, the Han Solo Fridge is ready for all your late-night bounty hunting. And by “bounty” we mean ‘snack,’ says the company. 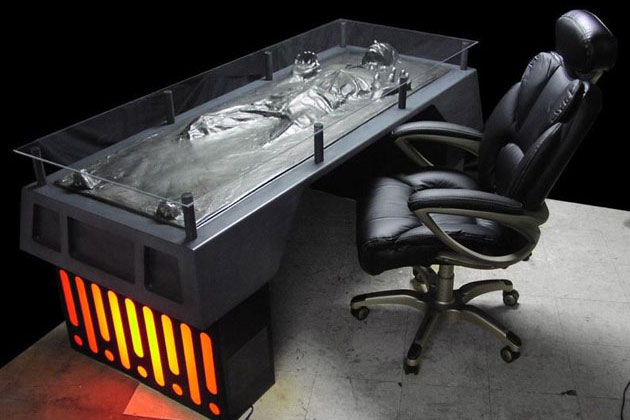 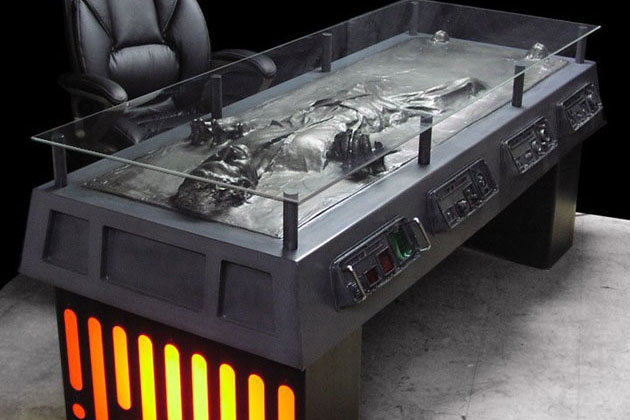 You’ve seen the rings and refrigerators, now check out Han Solo as an office desk. Created by Tom Spina Designs, this massive prop-like desk is made from fiberglass construction and boasts a glass top that can be used just like any regular work desk. There’s no word yet on pricing, but since it’s been floating around the internet for quite some time now, we expect the example you see above to be long gone.

Swiss+Tech ST53100 Micro-Max Packs 19 Tools, Fits on a Keychain and Can Be Picked Up for Under $9