Intimidator 305 is a steel roller coaster by Intamin at Kings Dominion in Doswell, Virginia, United States. Standing at 305 feet (93 m) tall and reaching speeds of 90 miles per hour (140 km/h), it is the second Giga Coaster to be built in North America. It has a first drop of 300 feet (91 m), with a maximum descent angle of 85 degrees, and features yellow supports with red track. The lift hill structure for Intimidator 305 is unique in that the lift-hill and crest only have two main points of support. The overall height of Intimidator 305 is higher than the observation platform of the Eiffel Tower, making it one of the tallest rides at Kings Dominion. 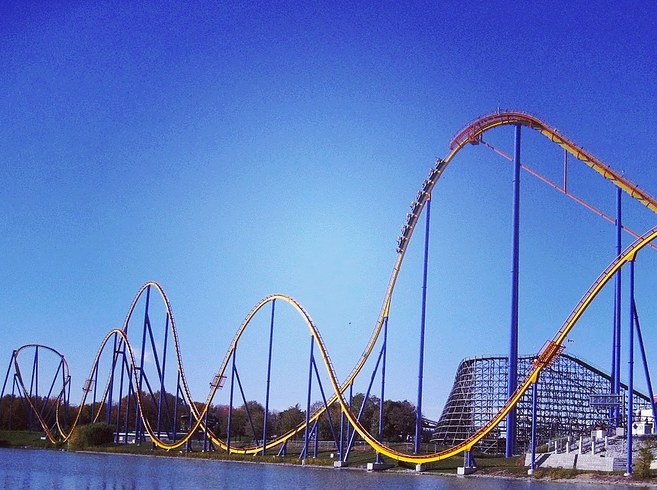 Behemoth is a steel roller coaster at Canada’s Wonderland in Vaughan, Ontario, Canada. It is a Hyper Coaster designed and developed by Swiss manufacturer, Bolliger & Mabillard. The ride features a prototype seating arrangement to ensure an unobstructed view for every rider – a first for a roller coaster of this type. 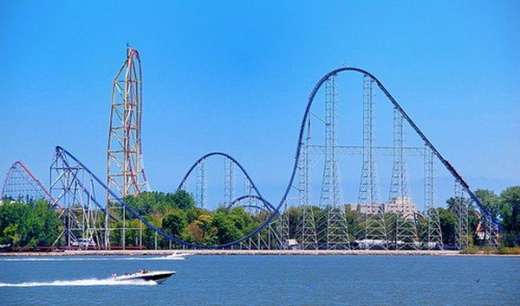 Millennium Force is a steel roller coaster built by Intamin at Cedar Point amusement park in Sandusky, Ohio, United States. The ride is the second-longest roller coaster in North America after The Beast at Kings Island and was the first roller coaster to use a cable lift system rather than a traditional chain lift. Although Millennium Force has been surpassed in height and speed, it remains one of the tallest and fastest in the world. 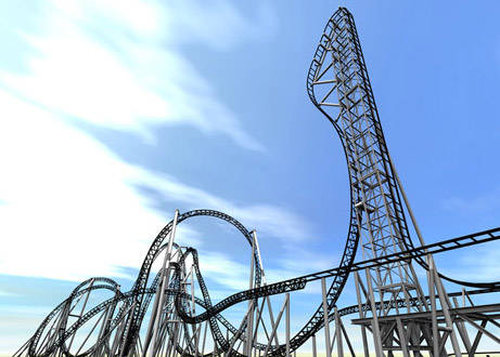 Dodonpa, located at the Fuji-Q Highland Amusement Park in Fujiyoshida, Yamanashi, Japan, is the second roller coaster ever to utilize the power of compressed air to launch its trains. This steel roller coaster made its debut on 21 December 2001, immediately making headlines when it broke two records. Today, it is ranked as the fourth fastest roller coaster; however, over the past decade, it has proved unbeatable when it comes to acceleration. 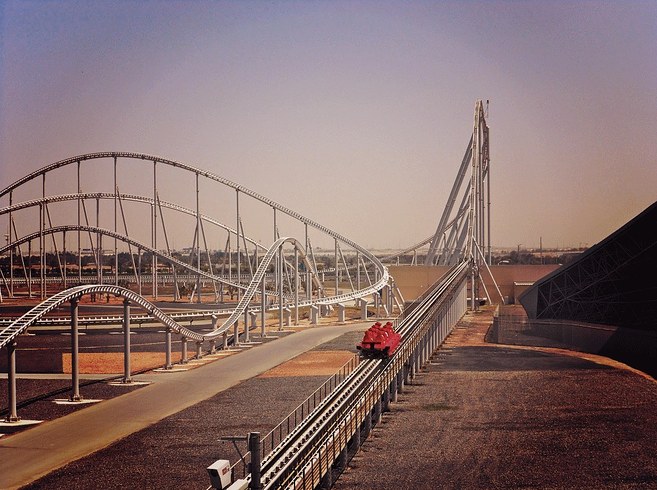 Formula Rossa is a launched roller coaster located at Ferrari World in Abu Dhabi, United Arab Emirates. Manufactured by Intamin, Formula Rossa is the world’s fastest roller coaster with a top speed of 240 km/h (150 mph). The coaster train accelerates to its top speed in approximately 5 seconds using a hydraulic launch system which generates a release velocity similar to that of aircraft carrier steam catapults.

27 Clever Business Cards You Might Not Have Seen Before