Traditional cup carriers / holders take up too much space, and that’s why this flat version was invented. Though we’ve yet to see these being used in actual Starbucks stores, they’re definitely lean towards the ingenious side. Continue reading to see five more cool gadgets. 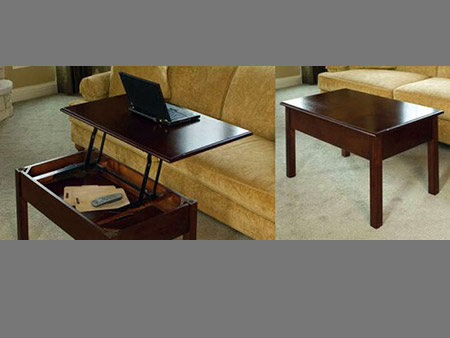 Sometimes, it’s better to use your laptop on a real table, especially on warm days. Introducing the laptop stand table. This nifty home gadget boasts a built-in riser that can be pulled upwards for comfortable laptop viewing. Plus, there’s even storage space on the bottom for magazines, books, etc. 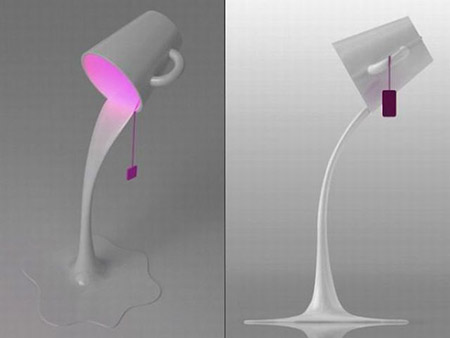 At first glance, it may look like a real tea cup that’s been knocked over, but as you get closer, you’ll see that it’s just a cleverly designed lamp. To turn it on, simply pull the tag on the side. For added fun, you’re able to change the color by replacing the bulb. 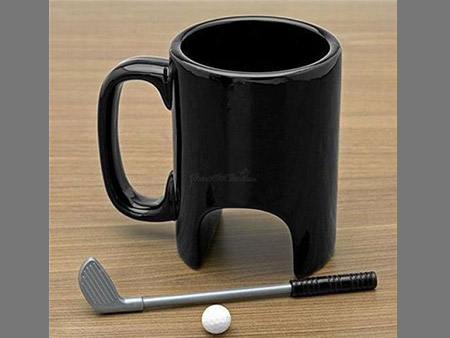 If you’re bored at work and don’t have anyone to play finger football with, this golf putter coffee mug will definitely come in handy. While its liquid capacity is slightly diminished due to the hole in the middle, but the fun factor has just increased ten-fold. 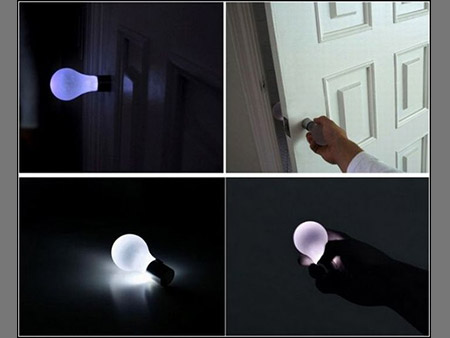 We’ve probably all been walking zombies trudging through dark hallways at night looking for a door handle. More often than not you end up stumbling into a room and / or tripping on something. This illuminated handle, designed to look like a light bulb, aims to solve that issue. 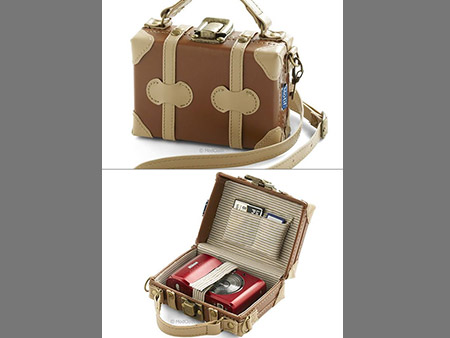 Technically, this suitcase is still fully-functional, but on a miniature scale. Inside, you’ll see that there’s enough room for a compact point-and-shoot camera, as well as a few memory cards. Let’s just hope they make one large enough for DSLRs, as they would definitely work as a carry-on piece.

This is Not a Crazy Roller Coaster, Just a Funicular Railway in Switzerland