There are the obvious man-made crop circles, and then there’s these five mind-bending anomalies. To start things off, what you see above is a mysterious crop circle with a being of apparent extraterrestrial origin, and a message in binary code. Continue reading to see more. 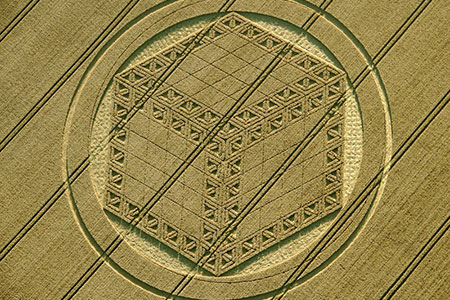 There are many spiritual beliefs associated with the Flower of Life; for example, depictions of the five Platonic Solids are found within the symbol of Metatron’s Cube, which may be derived from the Flower of Life pattern. These platonic solids are geometrical forms which are said to act as a template from which all life springs. 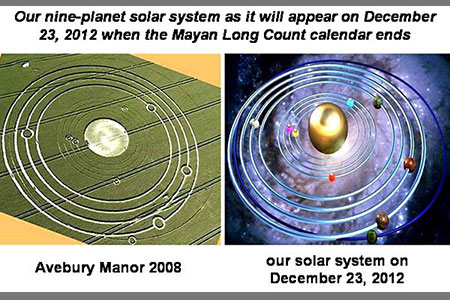 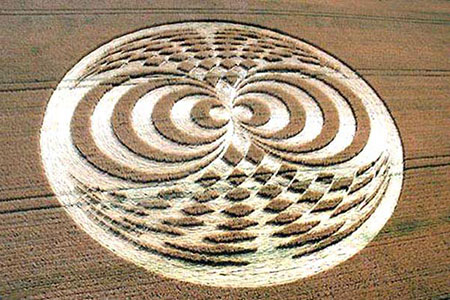 This particular picture shows how two different regions of “flat” spacetime may be joined by means of two “singularities”, through their narrow end-junctions or “pinch”, to form a “single wormhole”. A single wormhole may then be used to travel instantly between two distant locations in spacetime, regardless of possible concerns for a limiting travel velocity of light-speed c. 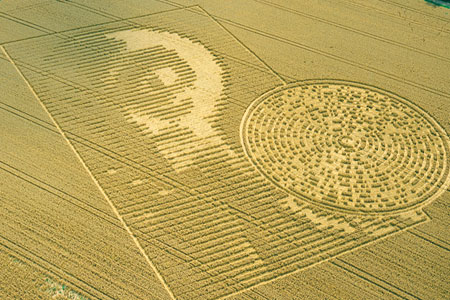 The primary part of their binary code warned about our future on Earth, and implied that our electronic news media were lying. Nearby was a radio transmitter for the BBC, to which the crop picture pointed! Given the extreme length and complexity of this message, any attempts to explain it by human fakery can surely be ruled out.

The disc was deciphered by Paul Vigay by simply using ASCII computer code: “Beware the bearers of false gifts & their broken promises. Much pain but still time. There is good out there. We Oppose deception. Conduit closing.” 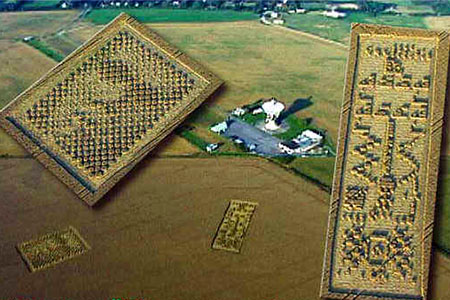 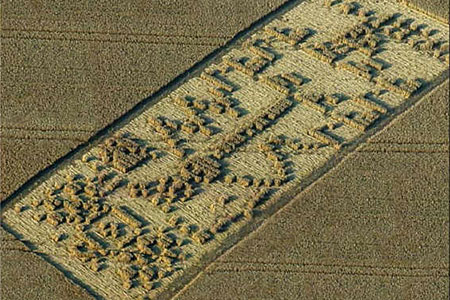 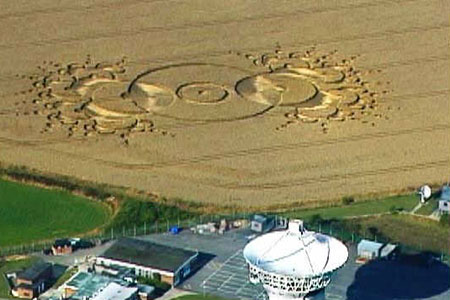 In 1974 a coded (binary) message was sent from a radio telescope in Arecibo, Mexico to a star system in our Milky Way galaxy called M13. Today it has traveled approximately 160 trillion miles into deep space and will arrive at its intended destination some 22,000 years from now. In August 2001 at Chilbolton radio telescope in England a reply to this message came in form of a crop circle.

The DNA strand over the humanoid figure in the answer has 6 circles, while the 1974 message has 10 circles, which is what we have in the DNA found on planet Earth. Very few world-class molecular biologists know of such a 6-base/turn genetic material and yet this message appears to be saying to us that their off-Earth DNA is based upon that type of molecule. In the corresponding part of the returned message of 2001, the ETs seem to be saying that their communication device is different. Here is where things get interesting. The pictogram made in this very same wheat field a year earlier (third picture) is a blown-up version of their communication device and is a replica of that seen in the lower part of their returned message to us. 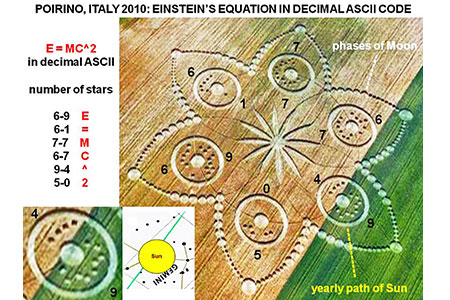 When we count the number of “stars” on each side of that thin line, going around the entire crop picture, we find a curious series of numbers as 69, 61, 77, 67, 94 or 50 (first noted by analyst “George Costanza”). Then if we go to a look-up table for digital ASCII, and ask how each two-digit number translates into English characters, we find Einstein�s formula “E = MC^²”.

Mind-Blowing Look at Tardigrades, the World’s First Animal to Survive in Space