This photo – captured by the very talented Alban Henderyckx – may look like an alien planet, but it’s just Iceland. He says: “Wandering somewhere in the inland of the Iceland, it must have been around 24 hours I was awake. Surrounded by a thick fog, I was driving on the chaotic desert trails of Highlands that reigned a captivating and dramatic atmosphere!” This country has many geysers, including Geysir, from which the English word is derived, and the famous Strokkur, which erupts every 5-10 minutes. After a phase of inactivity, Geysir started erupting again after a series of earthquakes in 2000. Geysir has since grown quieter and does not erupt often. Continue reading for more. 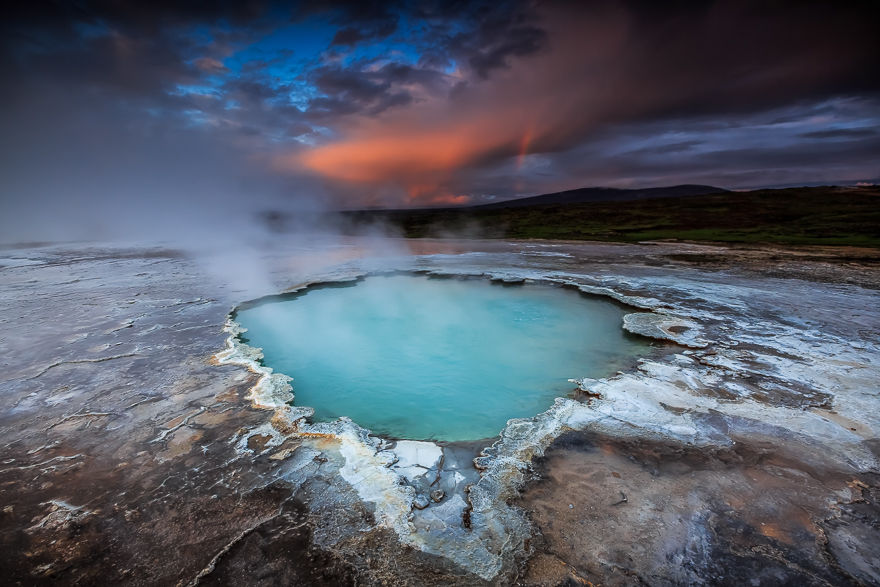 Iceland is closer to continental Europe than to mainland North America; thus, the island is generally included in Europe for historical, political, cultural, and practical reasons. Geologically the island includes parts of both continental plates. 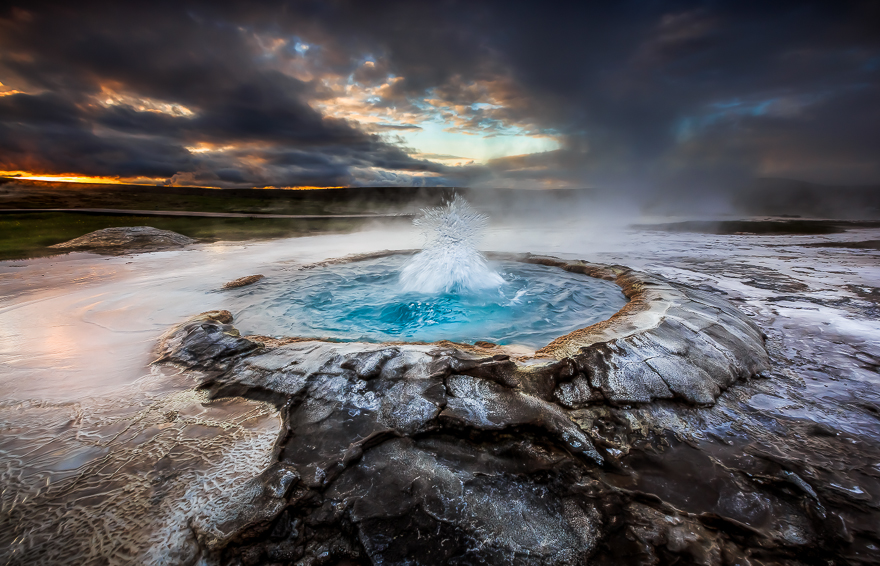 Geologically, Iceland is part of the Mid-Atlantic Ridge, a ridge along which the oceanic crust spreads and forms new oceanic crust. This part of the mid-ocean ridge is located above a mantle plume, causing Iceland to be subaerial (above the surface of the sea). The ridge marks the boundary between the Eurasian and North American Plates, and Iceland was created by rifting and accretion through volcanism along the ridge. 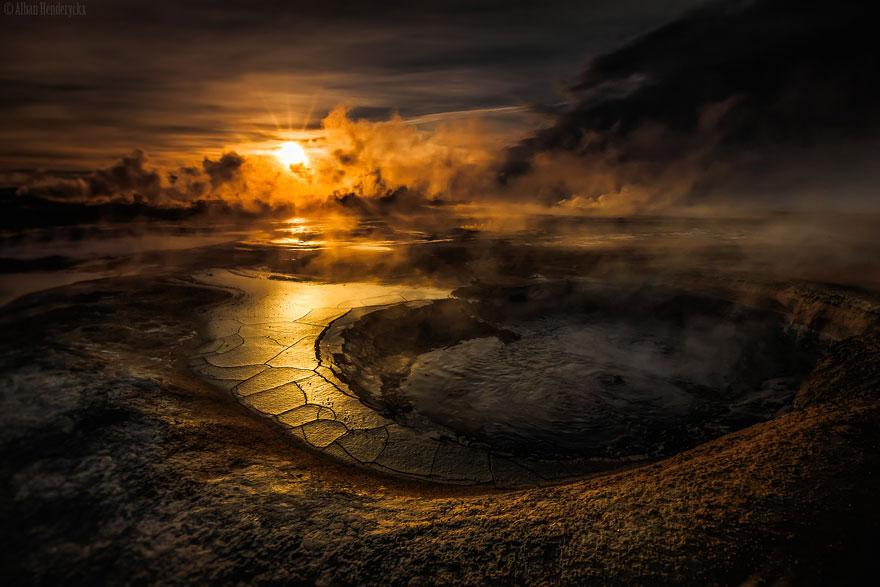 Many fjords punctuate Iceland’s 4,970-kilometre (3,088-mile) long coastline, which is also where most settlements are situated. The island’s interior, the Highlands of Iceland, is a cold and uninhabitable combination of sand, mountains and lava fields. 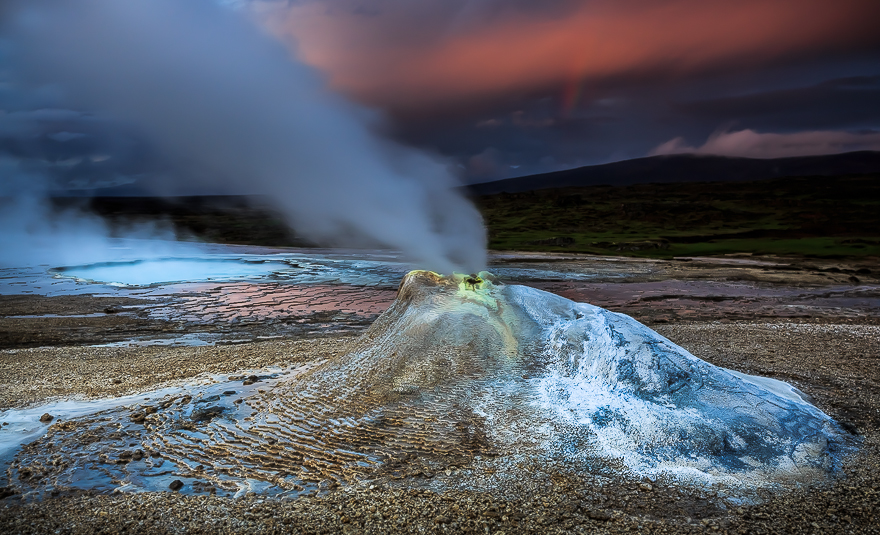 With the widespread availability of geothermal power, and the harnessing of many rivers and waterfalls for hydroelectricity, most residents have access to inexpensive hot water, heating and electricity. 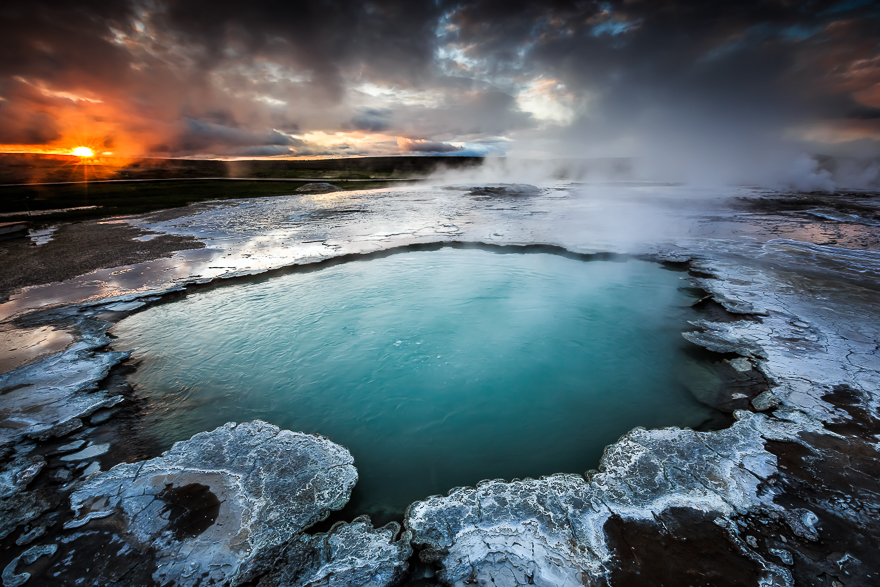 The island is composed primarily of basalt, a low-silica lava associated with effusive volcanism as has occurred also in Hawaii. Iceland, however, has a variety of volcanic types (composite and fissure), many producing more evolved lavas such as rhyolite and andesite. Iceland has hundreds of volcanoes with approx. 30 volcanic systems active.