Lenticular clouds are basically stationary lens-shaped clouds that form at high altitudes, normally in perpendicular alignment to the wind direction. Due to their shape, they have been offered as an explanation for some Unidentified Flying Object (UFO) sightings. Continue reading to see more. 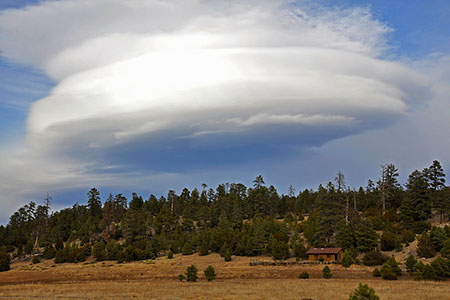 Where stable moist air flows over a mountain or a range of mountains, a series of large-scale standing waves may form on the downwind side. If the temperature at the crest of the wave drops to the dew point, moisture in the air may condense to form lenticular clouds. 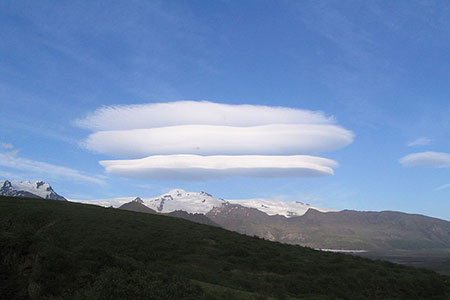 As the moist air moves back down into the trough of the wave, the cloud may evaporate back into vapor. Under certain conditions, long strings of lenticular clouds can form near the crest of each successive wave, creating a formation known as a “wave cloud.” 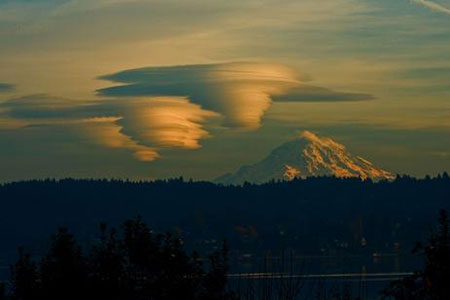 The wave systems cause large vertical air movements and so enough water vapor may condense to produce precipitation. The clouds have been mistaken for UFOs (or “visual cover” for UFOs) because these clouds have a characteristic lens appearance and smooth saucer-like shape. 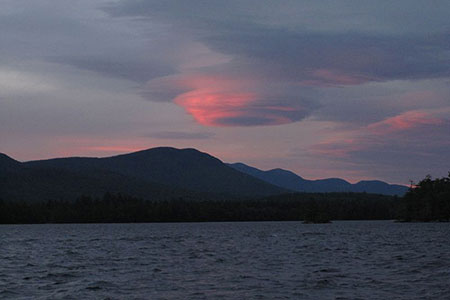 Bright colors (called irisation) are sometimes seen along the edge of lenticular clouds. These clouds have also been known to form in cases where a mountain does not exist, but rather as the result of shear winds created by a front. 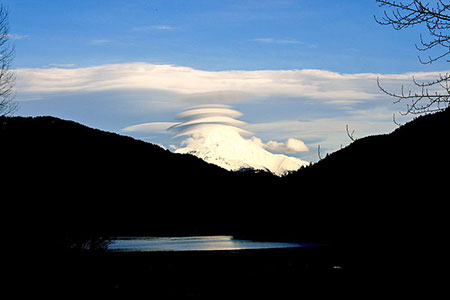 Pilots of powered aircraft tend to avoid flying near lenticular clouds because of the turbulence of the rotor systems that accompany them, but glider pilots actively seek them out. The precise location of the rising air mass is fairly easy to predict from the orientation of the clouds.