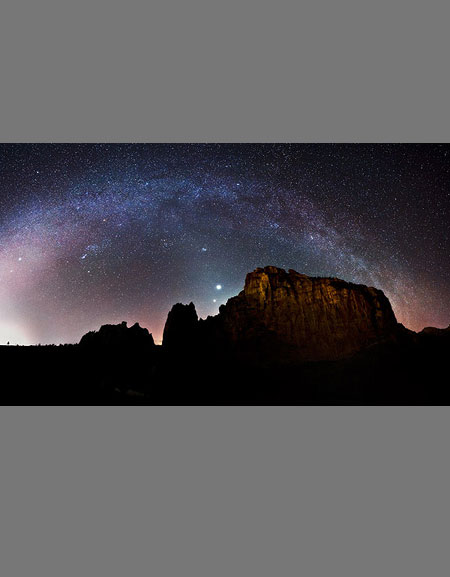 Brad took this just a few days ago at Smith Rock State Park located in Terrebonne, Oregon. It’s actually a mosaic of nine separate photographs, stitched together to show the grand scene. Venus and Jupiter are obvious enough (Venus is the brighter of the two, above Jupiter) but, as usual in Brad’s pictures, the real scene-stealer is the Milky Way. 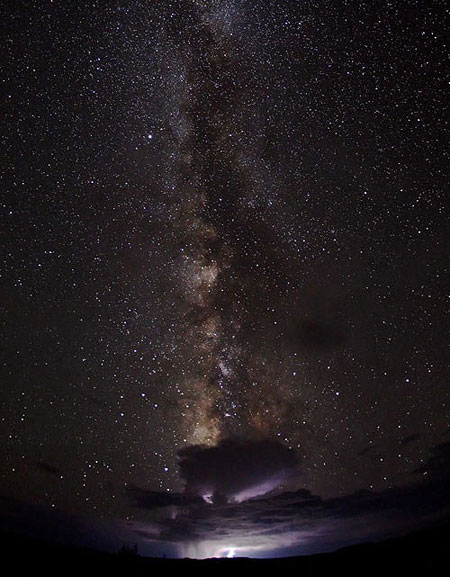 Need a little dose of awesome today? Then how about this incredible shot of the Milky Way towering over a thunderstorm in Canyonlands National Park? This was taken by photographer Bret Webster, and I don’t think I can add anything to this except Holy Haleakala!

3. Against the Night Sky 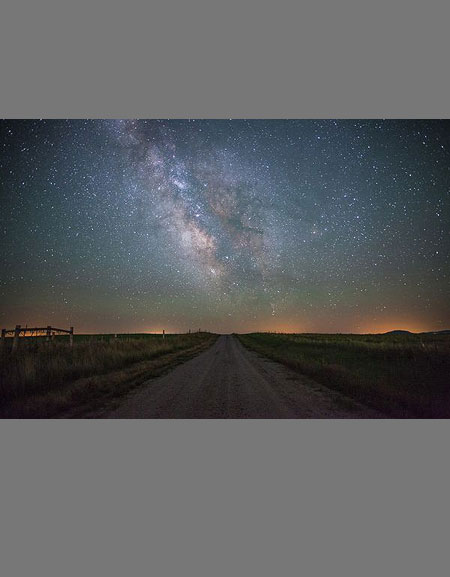 A country road in Wyoming parallels the band of the Milky Way in a summertime shot by photographer Eric Hines. “Spending the nights under the stars in some of the most remote places in the U.S. is what keeps me going,” Hines said in an email. 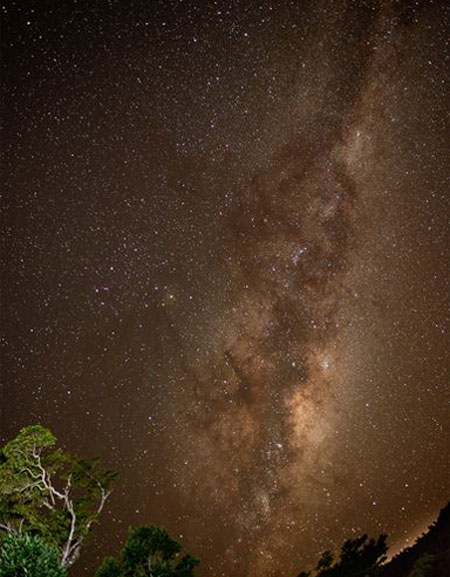 The “vast beauty” of the Milky Way shines over Queensland, Australia, in a picture submitted to National Geographic’s Your Shot photo community by Russ Benning. “The shot was taken as an experiment, but I am very happy with the result,” Benning write in his submission. 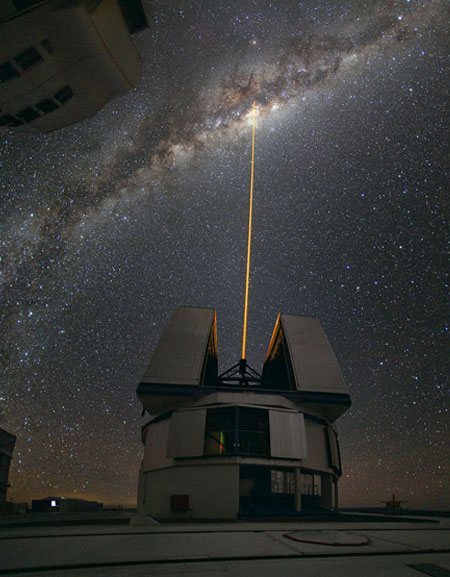 Yes, the wow factor is high with this one! And the thing is, what you see is what you get: it’s a laser shooting out of an observatory straight up into the heart of our galaxy! The observatory is of the European Southern flavor, in Chile. It houses the Very Large Telescope, which has a very nice little tool it can use: a laser guide star. The laser shoots up into the sky and excites atoms in the upper atmosphere, causing them to glow.