Tired of visiting tourist spots on vacation? Well, here are five mind-boggling, yet real, caves that should be on your to-do list if extra funds and / or time should become available. First up, we have the Waitomo Glowworm Caves on the North Island of New Zealand. Famous for its glowworms, Arachnocampa luminosa, this species is found exclusively in New Zealand and are around the size of an average mosquito. Continue reading for more.

5. Cave of the Crystals 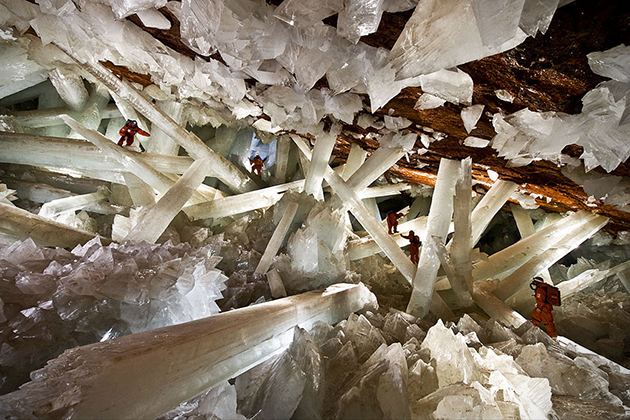 Cave of the Crystals is a cave connected to the Naica Mine 300 metres (980 ft) below the surface in Naica, Chihuahua, Mexico. The main chamber contains giant selenite crystals, some of the largest natural crystals ever found. The cave is extremely hot with air temperatures reaching up to 58 °C (136 °F) with 90 to 99 percent humidity. The cave is relatively unexplored due to these factors. Without proper protection people can only endure approximately ten minutes of exposure at a time. 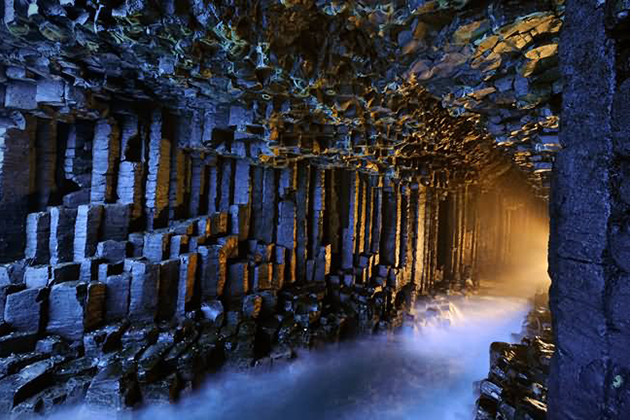 Fingal’s Cave is a sea cave on the uninhabited island of Staffa, in the Inner Hebrides of Scotland, part of a National Nature Reserve owned by the National Trust for Scotland. It is formed entirely from hexagonally jointed basalt columns within a Paleocene lava flow, similar in structure to the Giant’s Causeway in Northern Ireland and those of nearby Ulva. 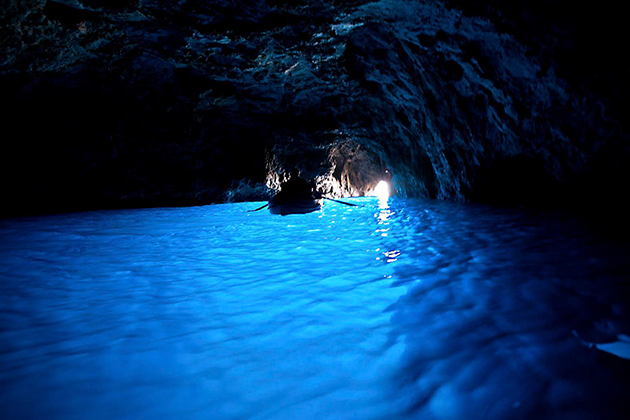 The Blue Grotto is a sea cave on the coast of the island of Capri, southern Italy. Sunlight, passing through an underwater cavity and shining through the seawater, creates a blue reflection that illuminates the cavern. The cave extends some 50 meters into the cliff at the surface, and is about 150 meters deep, with a sandy bottom. 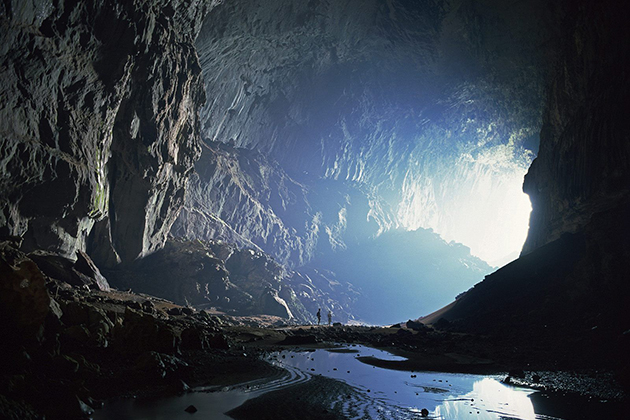 Deer Cave is located near Miri, Sarawak, Malaysian Borneo and is a show cave attraction of Gunung Mulu National Park. The landscape attracts around 25,000 visitors from countries all over the world every year. You can access the Deer Cave by following a three kilometer plank walk, which passes through various places like a swamp, limestone outcrops, etc. This walk is considered an additional attraction to visitors as it takes them through the rainforest (of about 55,000 ha) and by an ancient Penan Burial Cave. 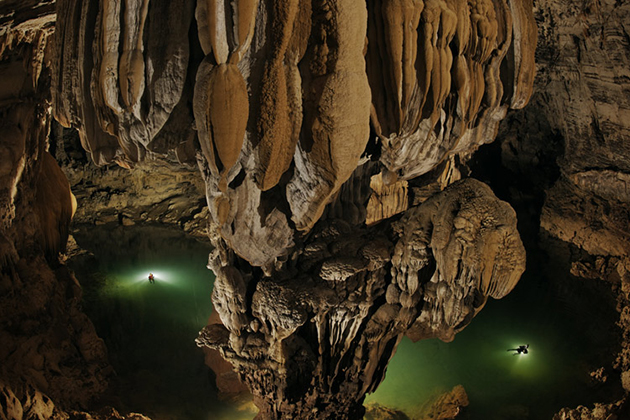 Son Doong Cave is the biggest known cave in the world, and is located near the Laos-Vietnam border. Inside is a large, fast-flowing underground river. It is formed in Carboniferous / Permian limestone. It was discovered by a local man named Ho-Khanh in 1991. The whistling sound of wind and roar of fiery stream in the cave heard through the entrance as well as the steep descent deterred locals from entering for quite some time.

This is Not a Computer-Generated Illusion, Just a Real Immersive Kaleidoscope Tunnel