What you’re looking at above appears to be something pulled straight from the Marvel Universe, but it’s actually just Cuprosklodowskite, a secondary uranium mineral formed by alteration of earlier uranium minerals. It is grass green to dark green in color, and its crystal habit is typically acicular, flat bladed crystals. That’s not all, it’s also a strongly radioactive mineral. Continue reading for more gems and minerals that you might not have seen before. 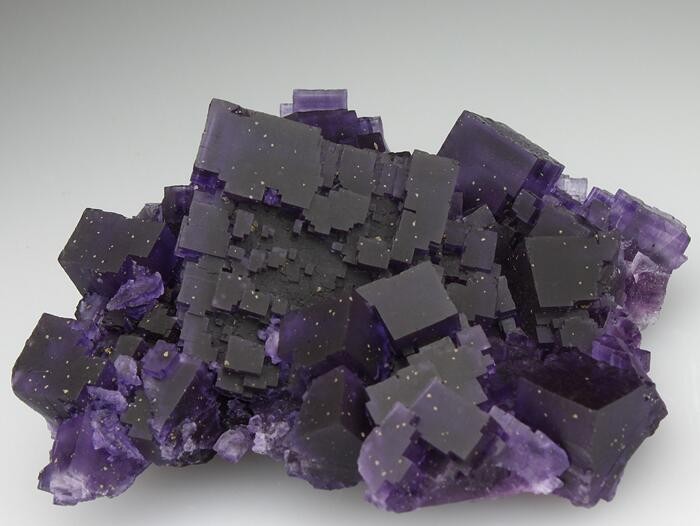 Fluorite is the mineral form of calcium fluoride, CaF2. It belongs to the halide minerals. It crystallizes in isometric cubic habit, although octahedral and more complex isometric forms are not uncommon. Fluorite is a colorful mineral, both in visible and ultraviolet light, and the stone has ornamental and lapidary uses. Industrially, fluorite is used as a flux for smelting, and in the production of certain glasses and enamels. 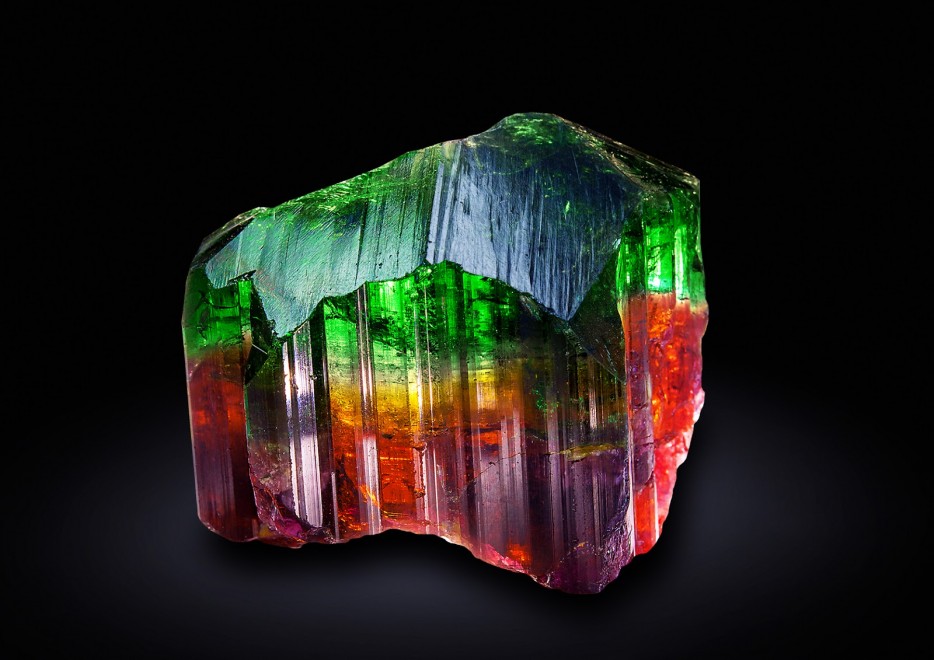 Tourmaline is a crystalline boron silicate mineral compounded with elements such as aluminium, iron, magnesium, sodium, lithium, or potassium. Tourmaline is classified as a semi-precious stone and the gemstone comes in a wide variety of colors. Brightly colored Sri Lankan gem tourmalines were brought to Europe in great quantities by the Dutch East India Company to satisfy a demand for curiosities and gems. At the time it was not realised that schorl and tourmaline were the same mineral (it was only about 1703 that it was discovered that some colored gems weren’t zircons). 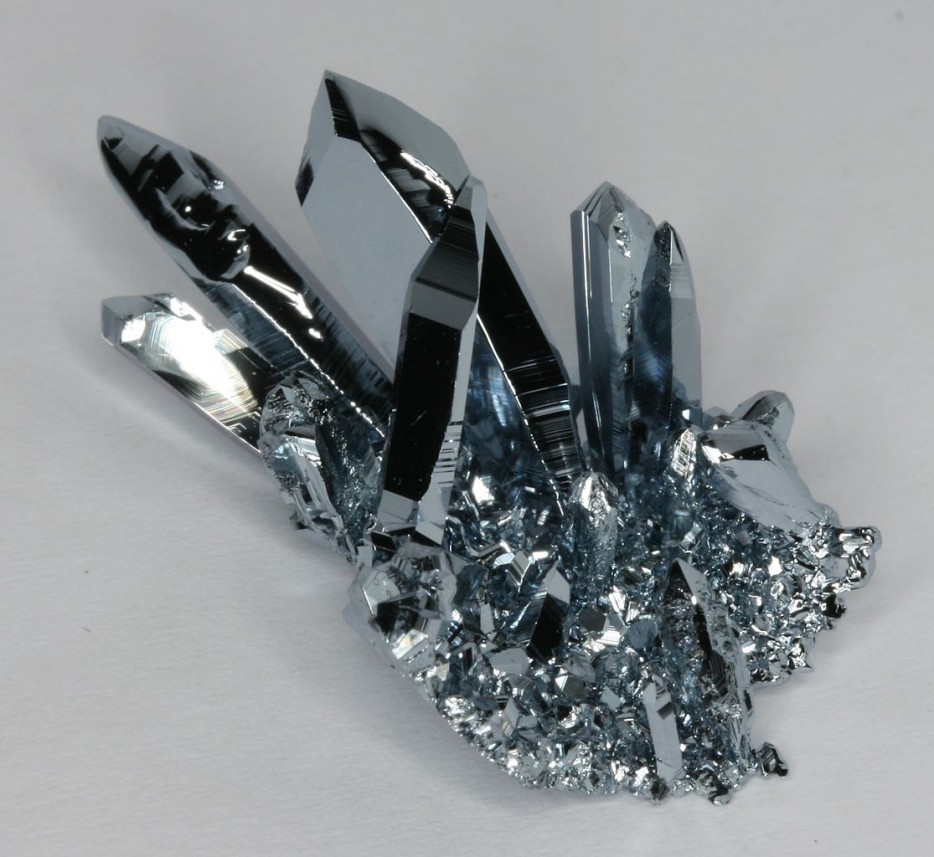 Osmium is a chemical element with the symbol Os and atomic number 76. It is a hard, brittle, bluish-white transition metal in the platinum group that is found as a trace element in alloys, mostly in platinum ores. Osmium is the densest naturally occurring element, with a density of 22.59 g/cm3. Its alloys with platinum, iridium, and other platinum group metals are employed in fountain pen tips, electrical contacts, and other applications where extreme durability and hardness are needed. 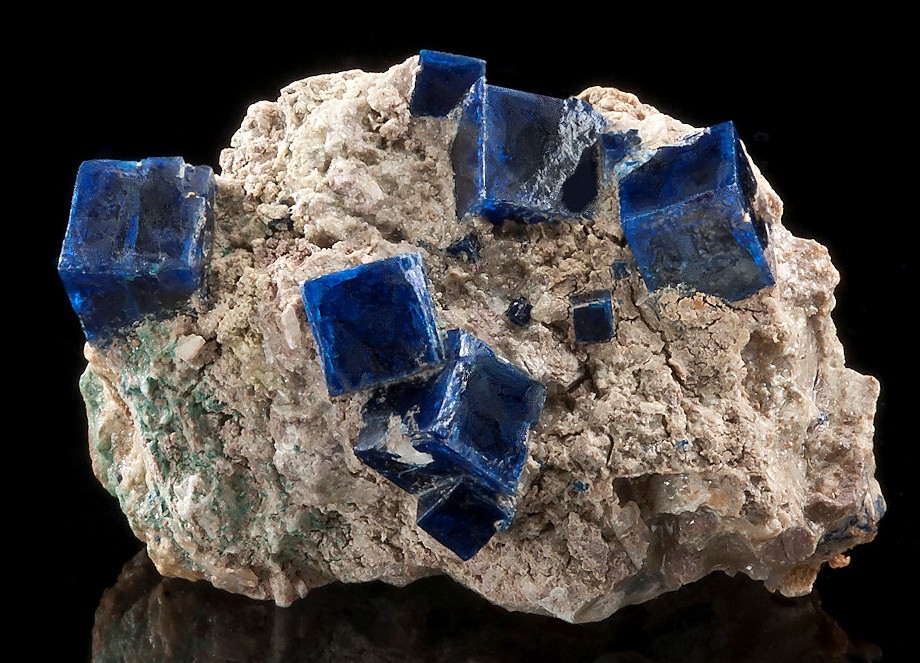 Boleite is a complex halide mineral that was first described in 1891 as an oxychloride mineral. It is an isometric mineral which forms in deep blue cubes. Boleite was first collected as a very minor ore of silver, copper and lead at Boleo, Mexico. Boleite was named after its place of discovery, El Boleo mine, on the Baja Peninsula, near Santa Rosalia, Mexico. 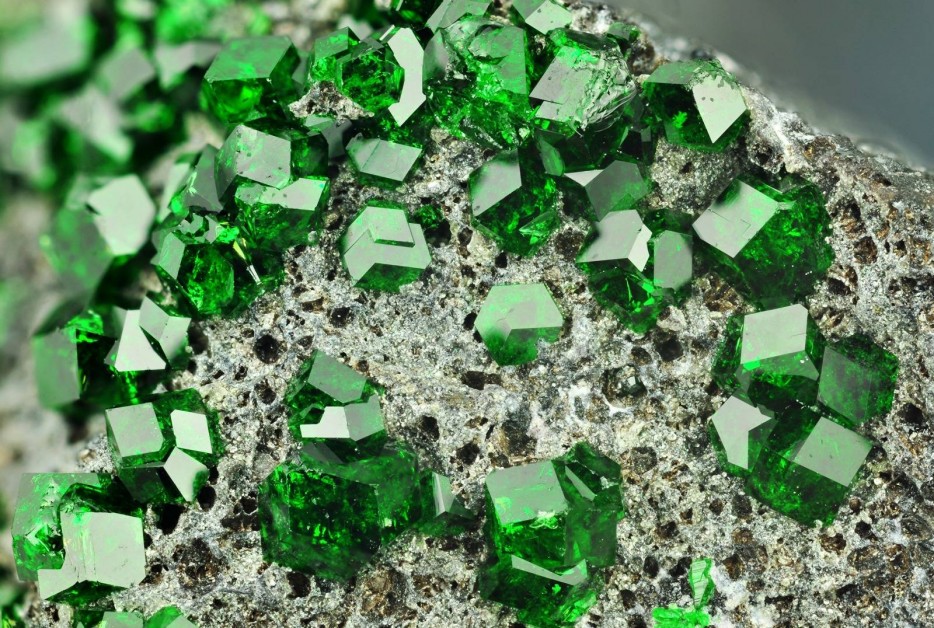 Uvarovite is a chromium-bearing garnet group species discovered in 1832 by Germain Henri Hess who named it after Count Sergei Semenovitch Uvarov (1765-1855), a Russian statesman and amateur mineral collector. Uvarovite is one of the rarest of the garnet group minerals, and is the only consistently green garnet species, with an emerald-green color. It occurs as well-formed fine-sized crystals.