In most major cities, there are Starbucks stores at every corner, but rarely does one stand out. These five examples do just that and to an extreme level, like the one inside Dubai’s Ibn Battuta Mall (above). Continue reading to see five more of the world’s most unique Starbucks stores. 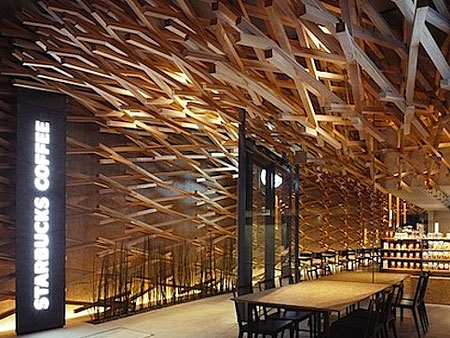 Designed by Kengo Kuma & Associates, the store is located on the street leading to the Dazaifu Tenmangu shrine. The designers wanted to have the store fit in seamlessly with the setting, so the interior features 2000 wood blocks throughout the length of the store. According to reports, the stunning effect is meant to evoke the look of branches in a forest, giving the impression that the store is “nestled in a tree.” Design-wise, it might just be the coolest Starbucks ever. 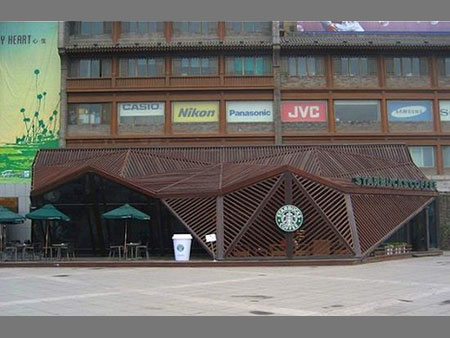 Looking like some sort of futuristic battleship, this Starbucks in Xi’an, China (apparently the city’s first when it opened in 2007), has quite a unique exterior. The sharp angles and symmetric wood paneling make for quite the stand-out-in-the-crowd design. 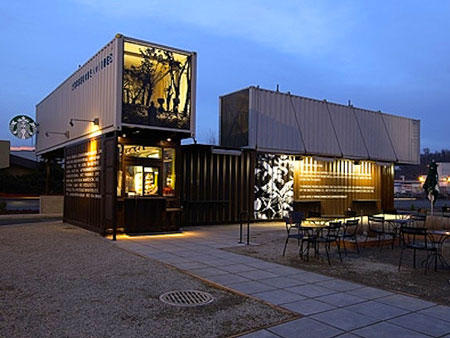 Made using four reclaimed shipping containers, the design is as eco-friendly as it is innovative. Starbucks representative Alan Hilowitz says: “Our designers were inspired to create this store both as a result of the shipyard that can be seen out the back windows of our headquarters in South Seattle, as well as a desire to recycle the same kind of shipping containers that transport our coffees and teas around the world.” 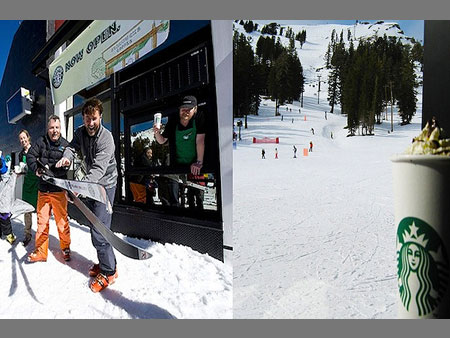 When it opened in February, the Squaw Valley location earned the distinction of being the world’s first ski-in/ski-out Starbucks. Located at a staggering elevation of 8,000 feet, it’s essentially the skier’s answer to a drive-thru Starbucks. Squaw Valley president and CEO, Andy Wirth, explained the concept’s appeal: “Nowhere else in the world can skiers and riders enjoy a delicious Starbucks coffee without missing a beat on the slopes.”

1. Starbucks ‘The Bank’ (Amsterdam, The Netherlands) 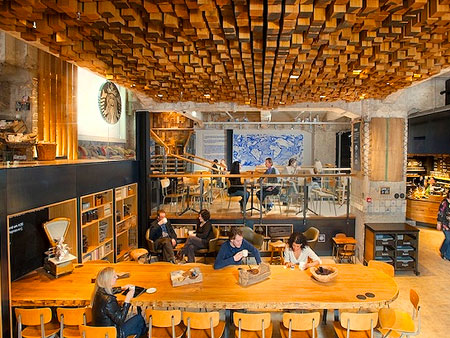 Located in a former bank, the 4,500-square-foot subterranean concept store is apparently a “glimpse into Starbucks’ vision of the future.” And with everything from floating communal seating and local design touches to an on-site bakery and something called the “Slow” Coffee Theatre, the future definitely looks different.

Armstar BodyGuard: What Batman Would Use to Hold His iPhone