Believe it or not, Tetford, an ex-soldier who lived in the Soldier’s Home in Bennington, was on his way home to Bennington from a trip to St. Albans, Vermont. He was sitting on the bus with 14 other passengers, and they all testified to seeing him there, sleeping in his seat. However, when the bus reached its destination, Tetford was gone, despite his belongings still being on the luggage rack, along with a bus timetable that lay open on his empty seat. Tetford has never returned or been found. Continue reading for more. 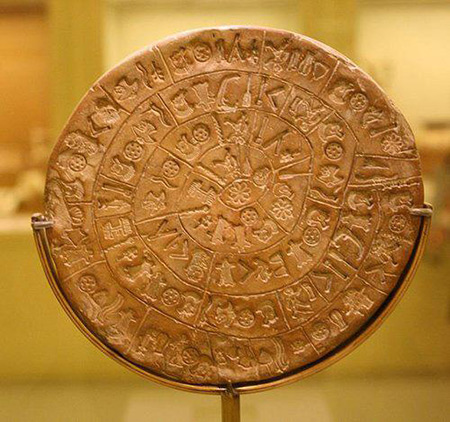 The tale of the Phaistos Disc sounds like something direct from an Indiana Jones movie. It was first discovered by Italian archaeologist Luigi Pernier during a 1908 expedition in the Minoan palace-site of Phaistos. The disc itself is made from fired clay, and contains mysterious symbols represent an unknown form of hieroglyphics. Today, the disc remains one of the most famous puzzles of archaeology. 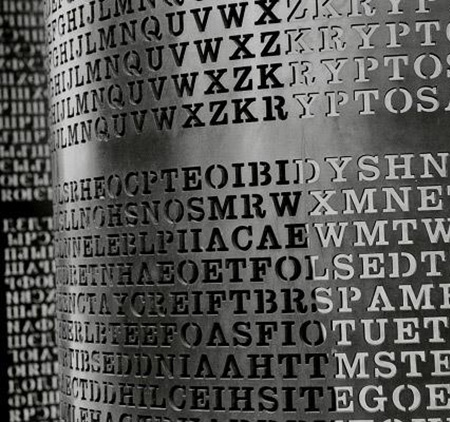 Created by artist Jim Sanborn, Kryptos is located on the grounds of the Central Intelligence Agency (CIA) in Langley, Virginia. Since its dedication on November 3, 1990, there’s been a lot of speculation about the meaning of the encrypted messages found on it. Of the four known messages, three have been deciphered, with the fourth remaining one of the most famous unsolved codes in the world. The sculpture continues to provide a diversion for cryptanalysts, both amateur and professional, who are attempting to decrypt the final section. 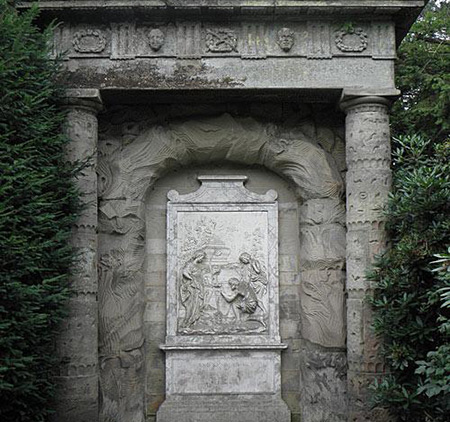 From afar, the 18th-century Shepherd’s Monument in Staffordshire, England, may seem like nothing more than a sculpted recreation of Nicolas Poussin’s famous painting, “Arcadian Shepherds,”, but upon closer inspection, you’ll notice a curious sequence of letters: DOUOSVAVVM – a code that has eluded decipherment for over 250 years. While the identity of the code carver remains a mystery, some have speculated that the code could be a clue left behind by the Knights Templar about the whereabouts of the Holy Grail. 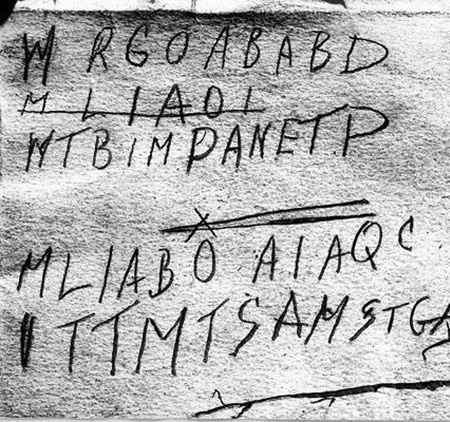 The Taman Shud Case is essentially an unsolved case of an unidentified man found dead at 6:30 a.m., 1 December 1948, on Somerton beach in Adelaide, South Australia. It is named after a phrase, tamam shud on a scrap of the final page of The Rubaiyat, found in the hidden pocket of the man’s trousers. All labels on his clothes were missing, and he had no hat (unusual for 1948, and especially so for someone wearing a suit) or wallet. Clean-shaven and with no distinguishing marks, the man carried no identification. The coroner was unable to reach a conclusion as to the man’s identity, cause of death, or whether the man seen alive at Somerton Beach on the evening of 30 November was the same man, as nobody had seen his face at that time. Wide circulation in the world of a photograph of the man and details of his fingerprints yielded no positive identification. 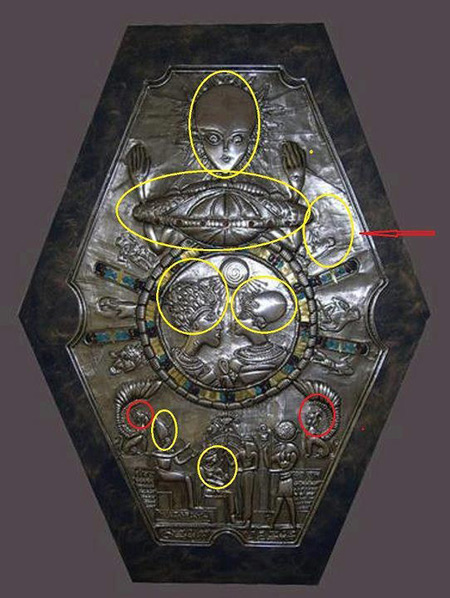 Here is a bizarre medallion that was found in ancient Egyptian tomb. The Egyptian pharoahs have elongated skulls, as found in Paracas. Some figures have “alien like” features. One interesting theory is that an extraterrestrial-like being, and a possible space craft, are at the top to represent alien rule or leadership over the Egyptians during ancient times.