Huashan in Shaanxi, China has historically been a place of retreat for hardy hermits, whether Daoist, Buddhist or other; access to the mountain was only deliberately available to the strong-willed, or those who had found “the way”. With greater mobility and prosperity, Chinese, particularly students, began to test their mettle and visit in the 1980s. Despite the safety measures introduced by cutting deeper pathways and building up stone steps and wider paths, as well as adding railings, fatalities continued to occur. The local government has proceeded to open new tracks and created one-way routes on some more hair-raising parts, such that the mountain can be scaled without significant danger now, barring crowds and icy conditions. Continue reading for more. 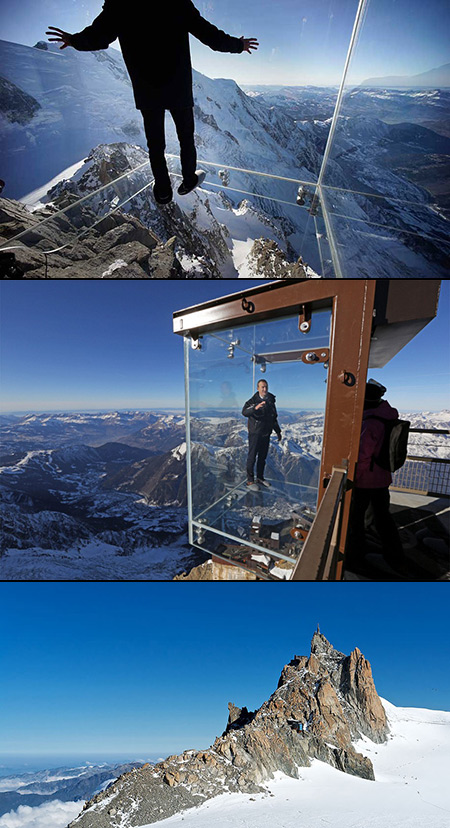 In December 2013, a glass skywalk called “Step into the Void” opened at the top of the Aiguille du Midi peak (3842 meters high). The view is 1035 meters straight down, and one can see Mont Blanc to the south. 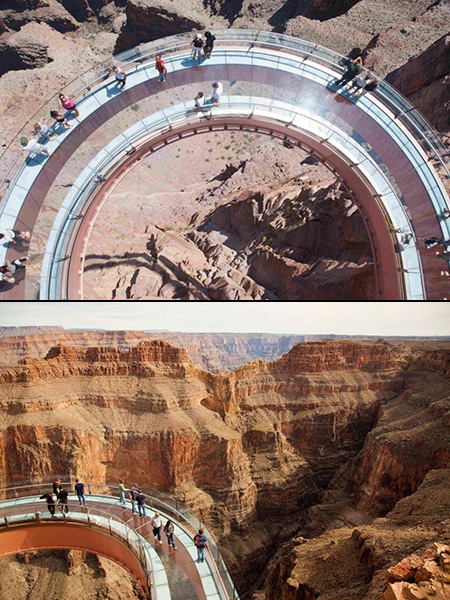 The Grand Canyon Skywalk is a transparent horseshoe-shaped cantilever bridge and tourist attraction in Arizona near the Colorado River on the edge of a side canyon in the Grand Canyon West area of the main canyon. USGS topographic maps show the elevation at the Skywalk’s location as 4,770 ft (1,450 m) and the elevation of the Colorado River in the base of the canyon as 1,160 ft (350 m), and they show that the height of the precisely vertical drop directly under the skywalk is between 500 ft (150 m) and 800 ft (240 m). 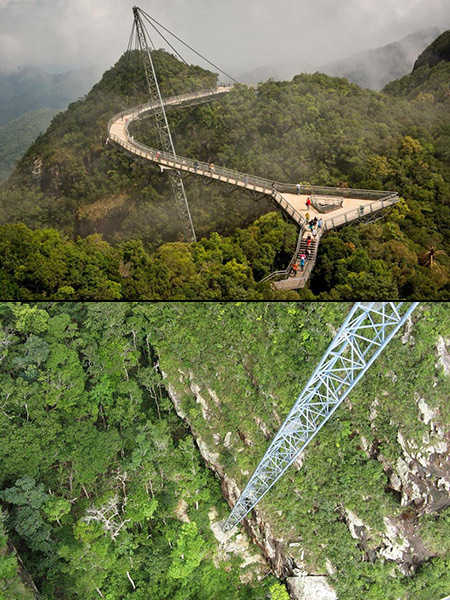 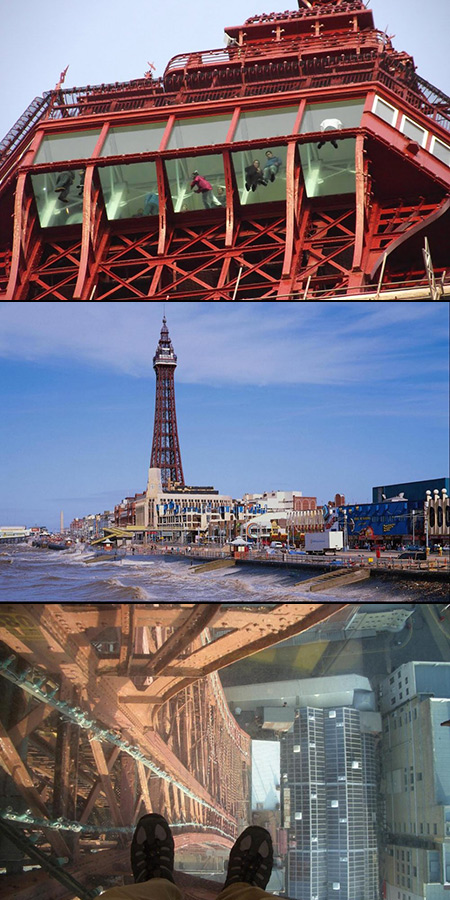 Blackpool Tower is a tourist attraction in Blackpool, Lancashire in England which was opened to the public on 14 May 1894. (grid reference SD 306,360). Inspired by the Eiffel Tower in Paris, it rises to 158 meters (518 feet). The tower is a Grade I listed building. In 1998 a “Walk of Faith” glass floor panel was opened at the top of the tower. Made up of two sheets of laminated glass, it weighs half a ton and is two inches thick. 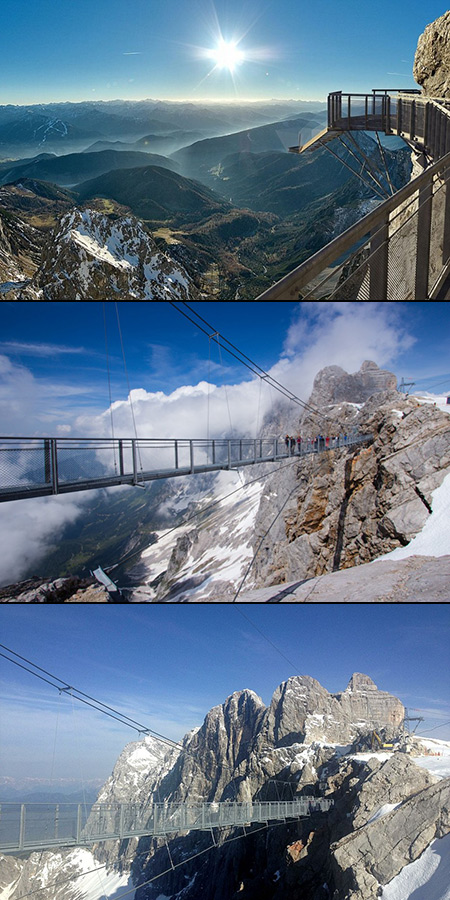 With a mind-boggling drop of 1,300-feet visible beneath your feet, walking along this suspension bridge onto a glass platform jutting off the edge of a cliff is not for the fainthearted. The Dachstein bridge offers spectacular views of the Alps, but at such dizzying heights only the bravest are likely to test their mettle. The ‘stairway to nothingness’ at the Dachstein Glacier is only for visitors with ‘nerves of steel’, according to the resort’s website.