While it may not look like a menacing animal in baby form, the liger will grow up to be much larger than a normal human. The history of ligers dates to at least the early 19th century in India. In 1798, Etienne Geoffroy Saint-Hilaire made a color plate of the offspring of a lion and a tiger. Continue reading for more. 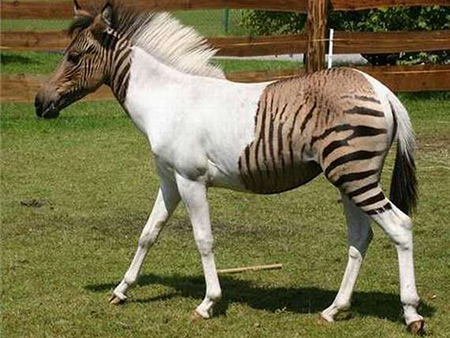 A Zebroid is basically produced when a male zebra mates with a female animal from the equidae family. Unfortunately, these hybrids never occur in nature, and even in captivity, zebroids are often born with dwarfism and infertile. Under the Zebroid family, there’s also the zorse (zebra + horse), zonkey (zebra + donkey) and the zoni (zebra + pony). These hybrids usually have a female-like physique, with the stripes of the male zebra, around the feet and legs. 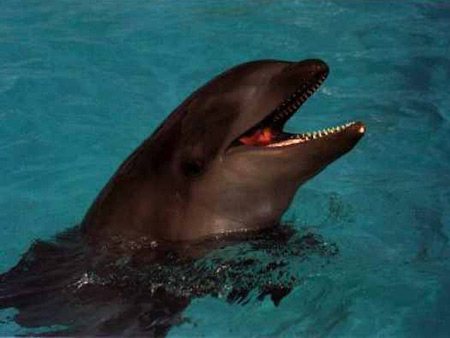 The wholphin is an amazing hybrid to say the least, a combination of a bottlenose dolphin and a false killer whale. There are only two living examples of wholphins in captivity at the Sea Life Park in Hawaii. Kekaimalu was the first wholphin at Sea Life Park, and had two miscarriages before successfully birthing Kawili Kai who is now as large as a full grown bottlenose dolphin. 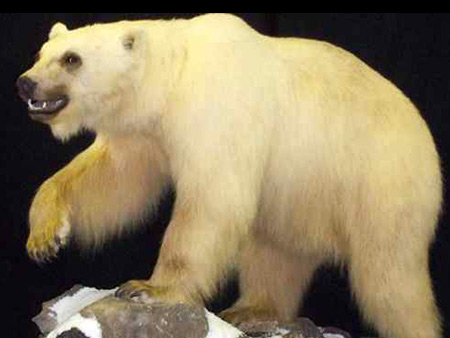 The Grizzly-polar bear, also referred to as the Grolar bear, normally happen when polar bears are forced south as the polar ice caps melt, leading them into grizzly bears general territory. The yellowish-white MacFarlane’s bear, a mysterious animal known only from one specimen acquired in 1864, seems to attest that grizzly-polar bear hybrids may have always occurred from time to time. Another theory suggests that the polar bears have been driven southward by the melting of the ice cap, bringing them into closer contact with grizzly bears. 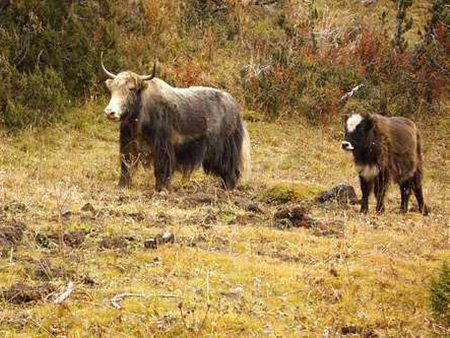 A dzo is a hybrid of yak and domestic cattle. The word dzo technically refers to a male hybrid, while a female is known as a dzomo or zhom. Dzomo are fertile (or, fecund) while dzo are sterile. As they are a product of the hybrid genetic phenomenon of heterosis (hybrid vigor), they are larger and stronger than yak or cattle from the region. In Mongolia and Tibet, khainags are thought to be more productive than cattle or yaks in terms of both milk and meat production. 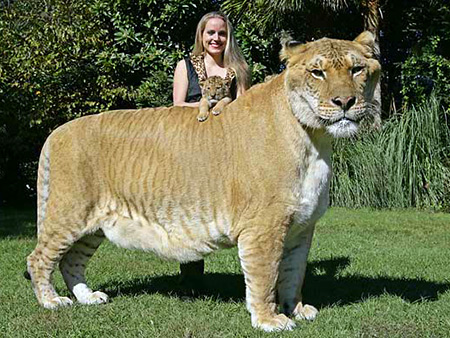 The liger is a hybrid cross between a male lion and a tigress. It is the largest of all known extant felines. Ligers enjoy swimming, which is a characteristic of tigers, and are very sociable like lions. Ligers exist only in captivity because the habitats of the parental species do not overlap in the wild. Historically, when the Asiatic Lion was prolific, the territories of lions and tigers did overlap and there are legends of ligers existing in the wild. Notably, ligers typically grow larger than either parent species, unlike tigons which tend to be about as large as a female tiger and is the cross between a male tiger and a lioness.