On November 23, 1953, a US Air Force F-89C jet fighter interceptor was dispatched from Kinross Air Force Base near Sault Ste. Marie, Michigan, to identify an intruder that had appeared on radar. For approximately 30-minutes, the jet flew out over Lake Superior under guidance from radar operators at a remote station on the Keweenaw Peninsula. Suddenly, the return from the jet merged with that of the bogie it was chasing. The IFF (Identification Friend or Foe) signal from the jet was lost. The radar blip from the F-89 never reappeared. An extensive search of the lake and shoreline over the next five days yielded no trace of the F-89 jet or its crew, pilot Lt. Felix Eugene Moncla Jr. and radar operator Lt. Robert L. Wilson. Continue reading for more. 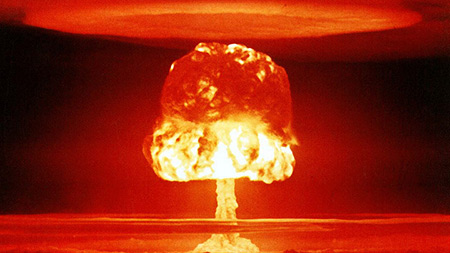 The Vela Incident – sometimes referred to as the South Atlantic Flash – was an unidentified “double flash” of light detected by an American Vela Hotel satellite on September 22, 1979, near the Prince Edward Islands off Antarctica, which many believe was of nuclear origin. While a “double flash” signal is characteristic of a nuclear weapons test, the signal could also have been a spurious electronic signal generated by an aging detector in an old satellite, or a meteoroid hitting the Vela satellite. 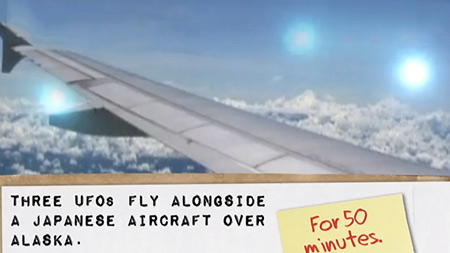 On November 17, 1986, the Japanese crew of a JAL Boeing 747 cargo freighter witnessed three unidentified objects after sunset, while flying over eastern Alaska, USA. The objects seemed to prefer the cover of darkness to their left, and to avoid the brighter skies to their right. At least the first two of the objects were observed by all three crew members: Captain Kenju Terauchi, an ex-fighter pilot with more than 10,000 hours flight experience, in the cockpit’s left-hand seat; co-pilot Takanori Tamefuji in the right-hand seat; and flight engineer Yoshio Tsukuba. 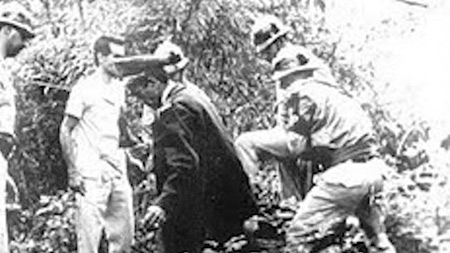 The Lead Masks Case was the name given to the events which led to the death of two Brazilian electronic technicians: Manoel Pereira da Cruz and Miguel Jose Viana. The two males were lying next to each other, slightly covered by grass. Each wore a formal suit, a lead eye mask, and a waterproof coat. There were no signs of trauma and no evidence of a struggle in the surrounding area. Next to the bodies, police found an empty bottle of water and a packet containing two wet towels. A small notebook was also identified, in which was written, “16:30 estar no local determinado. 18:30 ingerir capsulas, apos efeito proteger metais aguardar sinal mascara” The phrase has been translated to English as, “16:30 (04:30 PM) be at the agreed place. 18:30 (06:30 PM) swallow capsules, after effect, protect metals, wait for mask signal”. No obvious injuries were discovered at the scene, nor later at the autopsy. A search for toxic substances was impossible, as the coroner’s office was very busy at the time, so when the autopsy was finally conducted, the internal organs of the two victims were too badly decomposed for reliable testing. 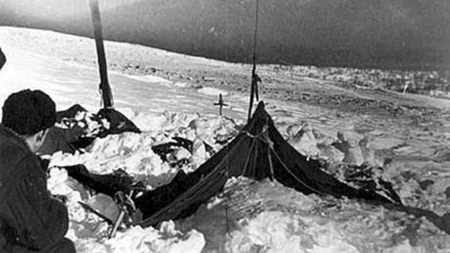 The Dyatlov Pass Incident has baffled the world for more than half a century since whatever horrific tragedy overtook the nine in February 1959. They had been missing for almost a month after trekking out into the bleak wildness of the Ural mountains – seven men and two women, all of them fit, hardy and experienced hikers on what was supposed to be a short and invigorating break from their graduate studies. The first bodies – frostbitten and frozen stiff – were discovered lying in the snow on flat land near a river, a mile from the tent, next to the remains of a long burnt-out fire. Another two months went by before the rest of the group were found, under 15ft of snow in a den they had desperately hollowed out for themselves before succumbing to the cold. Some of this group had broken bones and terrible internal injuries but, strangely, no external wounds, not even scratches on the skin. Stranger still, odd bits of their clothing contained higher than normal levels of radiation. Indeed, post-mortem examinations of all nine bodies threw up a string of bewildering anomalies. Why were some fully clothed, but others nearly naked? Most disconcerting of all was Lyudmilla Dubinina’s body, which was missing her tongue and eyes.

1. Miracle of the Sun 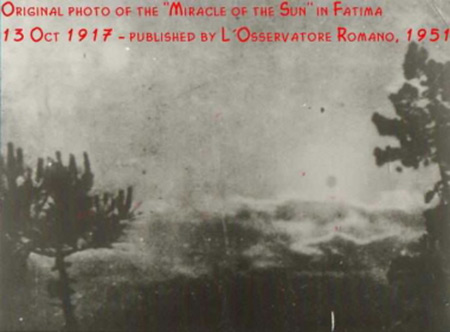 The Miracle of the Sun was an event which occurred on 13 October 1917, attended by 30,000 to 100,000 people gathered near Fatima, Portugal. Several newspaper reporters were in attendance and they took testimony from many people who claimed to have witnessed extraordinary solar activity. This recorded testimony was later added to by an Italian Catholic priest and researcher in the 1940s. According to these reports, the event lasted approximately ten minutes. The three children (Lucia dos Santos, Jacinta Marto and Francisco Marto) who originally claimed to have seen Our Lady of Fatima also reported seeing a panorama of visions, including those of Jesus, Our Lady of Sorrows, Our Lady of Mt. Carmel, and of Saint Joseph blessing the people.