File these under: cool Google tricks. The internet giant is known for releasing interactive doodles, like this interactive synthesizer, but aside from those, there have been plenty of other Easter eggs, and we’ve rounded up five of the geekiest for your viewing enjoyment. Continue reading to see them all. 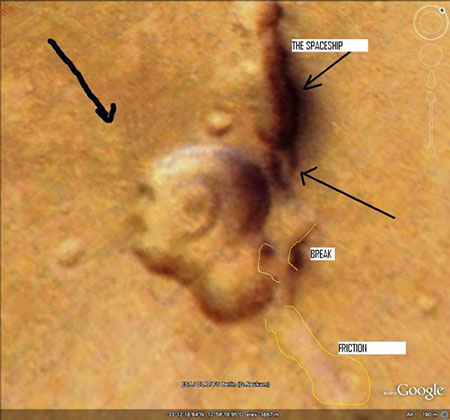 The Google Earth App is loaded with all kinds of great easter eggs, but one of the best is actually located off-planet. While in Google Earth, choose Mars from the drop down list of explorable planets and search for “MELIZA.” The camera will zoom in on a little robot avatar situated beside the infamous “Face on Mars”. Clicking the avatar will cause it to initiate a conversation with you. 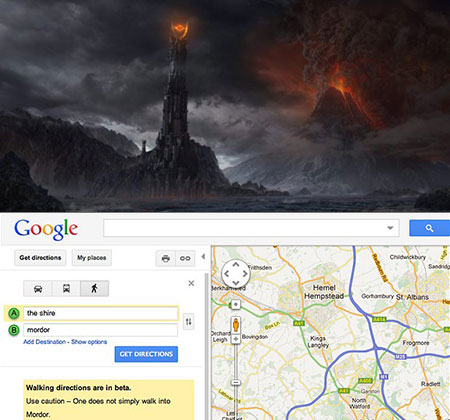 Ask the search engine for walking directions from the Shire to Mordor and you are given a stern warning: “Use caution – one does not simply walk into Mordor.” The warning is a take on the line spoken by the character Boromir in The Lord of the Rings film, and has also been adapted in various online jokes. The new feature comes as the trailer for the new film adaptation of The Hobbit is launched. 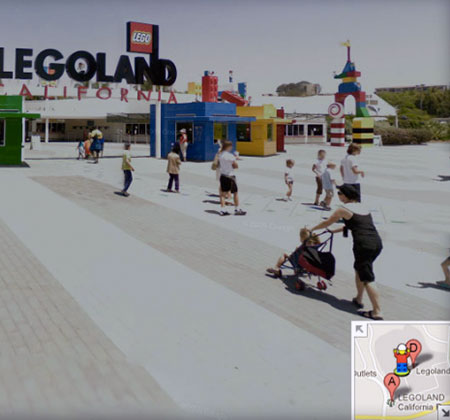 Google Maps’ pegman character, used to signify the perspective of the street view feature, changes on special occasions. And when he shows up at Legoland in Carlsbad, Calif., he turns into a Lego character. 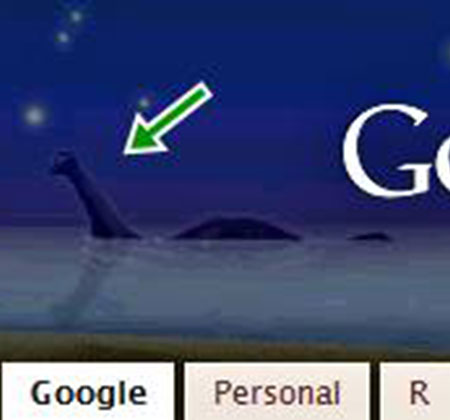 For those of you who still use iGoogle: if you set your background theme to “Beach” and wait until 3:14 am, you can watch the Loch Ness Monster rear its head out of the water. It only lasts for a minute, though, so keep an eye out. (Cryptids not your cup of tea? The 3:14 easter eggs for the “Seasonal Scape” and “City Scape” themes are Aurora Borealis and UFOs, respectively.)

Having grown up playing hundreds of hours of Microsoft Flight Simulator, one of my all-time favorite easter eggs is the flight simulator in Google Earth. Just press CTRL + Alt + A ( or command + Option + A if you’re on a Mac), and you can take flight from any number of airports all over the world. The program lets you choose between flying an F-16 or an SR-22 (with downloadable cockpit add-ons), and is even compatible with a joystick, if you’ve got one!

How to Make Nutella