If the island above looks familiar that’s because it was featured in 007 Skyfall. The uninhabited Battleship Island in Nagasaki Prefecture, served as an inspiration for the lair of villain Raoul Silva. Although exterior footage of the island is featured, no scenes were filmed on the island itself. Exterior sets of the island were recreated using a combination of CGI and practical effects at Pinewood Studios in Great Britain. Continue reading for more. 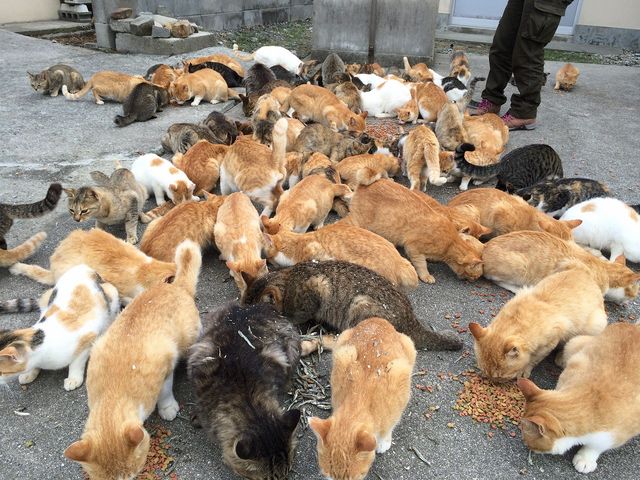 Tashirojima is a small island in Ishinomaki, Miyagi, Japan. It lies in the Pacific Ocean off the Oshika Peninsula, to the west of Ajishima. It is an inhabited island, although the population is quite small (around 100 people, down from around 1000 people in the 1950s). It has become known as “Cat Island” due to the large stray cat population that thrives as a result of the local belief that feeding cats will bring wealth and good fortune. The cat population is now larger than the human population on the island.

Vulcan Point is the world’s largest island within a lake (Main Crater Lake) that is situated on an island (Volcano Island, aka Taal Island) located in a lake (Lake Taal) within an island (Luzon). While it may be relatively tiny, Vulcan Point, along with its parent volcano, Taal Volcano, are popular tourist destinations, due to the spectacular views afforded by their geography. 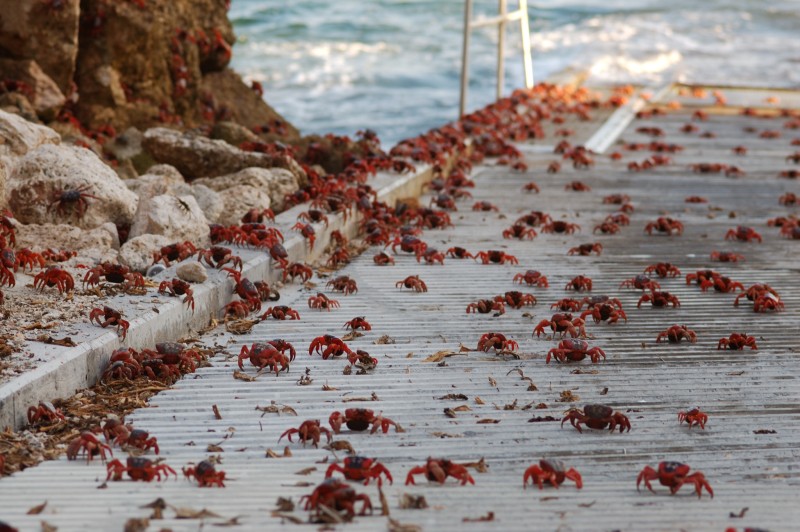 The Territory of Christmas Island is a territory of Australia in the Indian Ocean. It has a population of 2,072 residents who live in a number of “settlement areas” on the northern tip of the island. It’s called “Christmas Island” because it was discovered on Christmas Day. Although restricted to a relatively small area, it has been estimated that 43.7 million adult red crabs lived on Christmas Island alone, but the accidental introduction of the yellow crazy ant is believed to have killed about 10-15 million of these in recent years. Christmas Island red crabs are well known for their annual mass migration to the sea to lay their eggs in the ocean. 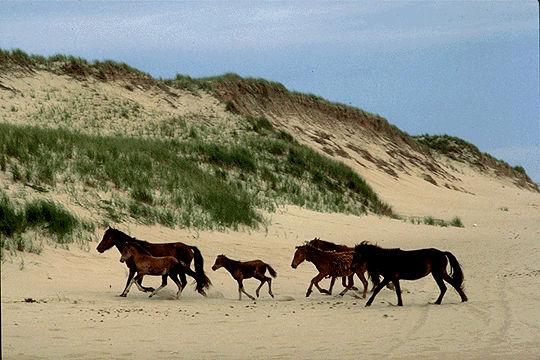 Sable Island is a small island situated 300 km (190 mi) southeast of Halifax, Nova Scotia, and about 175 km (109 mi) southeast of the closest point of mainland Nova Scotia in the Atlantic Ocean. It is a year-round home to approximately five people, with summer numbers swelled by tourists, scientists, and others. The first horses were released on the island in the late eighteenth century, and soon became feral. The herd is unmanaged, and legally protected from interference by humans. 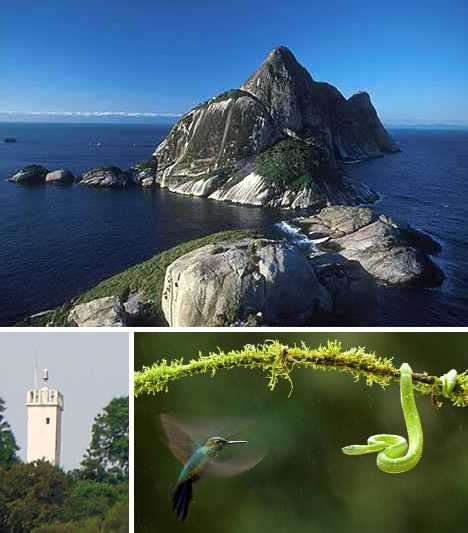 Ilha da Queimada Grande, nicknamed Snake Island, is a 430,000-square-metre (43-hectare) island off the coast of the state of Sao Paulo, Brazil. It is home to an endemic species of Bothrops, the Golden Lancehead Viper (Bothrops insularis), which is one of the most venomous snakes in the world. The Golden Lancehead is the only species of snake on the island, yet is considered in danger of extinction since it has no other habitat and might be wiped out by wildfire. The viper population is also at risk from inbreeding, effects of which are evident in the population. A Discovery Channel documentary claims that in some places there are as many as one snake per square meter, while local legend claims there are five snakes to every square meter.

22 Stunning Homes in Places You Would Never Expect