No, the image above isn’t from an upcoming movie, but rather the new masks that Taiwan special forces soldiers wear. According to some military experts, the masks can shield the soldiers from close-range shots from a .44 magnum, but unfortunately offer very little in the way of peripheral vision. Continue reading to see 7 more awesome military special forces from around the world. 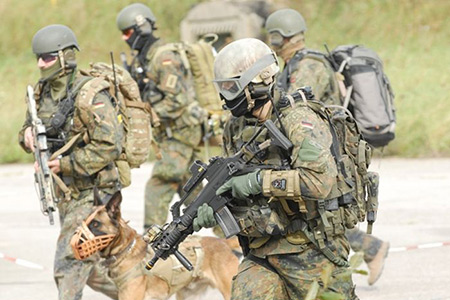 The KSK Kommando Spezialkrafte is an elite special forces military unit composed of special operations soldiers handpicked from the ranks of Germany’s Bundeswehr and organized under the Division Spezielle Operationen (Special Operations Division, DSO). There are four commando squads in every platoon. Each of these groups consists of about four equally skilled members that have been hand-picked from the German Army into the platoon that best suits their abilities. Each group member is specially trained as a weapons expert, medic, combat engineer or communications expert, respectively. Additionally, some groups may contain other specialists, such as a heavy weapons or language expert. 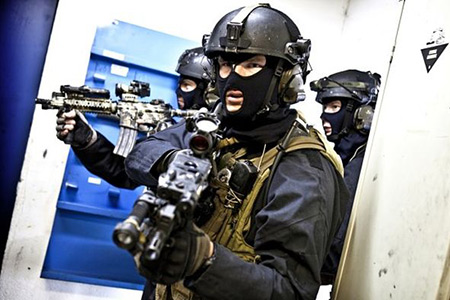 Forsvarets Spesialkommando is a special operations forces unit of the Norwegian Ministry of Defence. The unit was established in 1982 due to the increased risk of terrorist activity against Norwegian interests, including the oil platforms in the North Sea. FSK has gone from being a cadre and training-unit for paratroopers and the mobilization army, to being a professional unit with substantial experience, robustness, competency and capacity. The unit has been deployed internationally on several occasions and has received international recognition for its efforts. 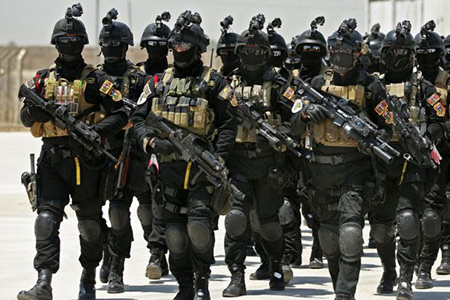 Iraqi Special Operations Forces (ISOF) refers to the Iraqi special forces unit created by Coalition forces after the 2003 invasion. The two brigades are the 1st Special Operations Brigade, in Baghdad with the 1st, 2nd, and 5th Battalions, a brigade support battalion and a training battalion/Iraqi Special Warfare Center and School. The 1st Battalion is the renamed Iraqi 36th Commando Battalion. 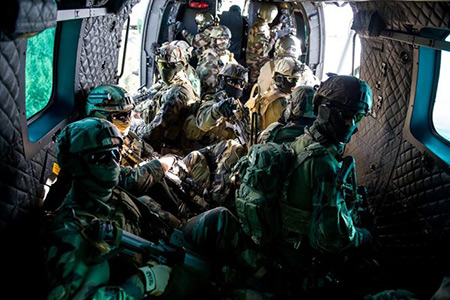 The Commandement des Operations Speciales (COS; “Special Operations Command”) is the organization which coordinates the use of the French special forces of all military branches (Army, Navy, and Air Force). Similar to USSOCOM, COS was created on June 24, 1992, following the Gulf War. Its role is to direct and coordinate missions for special forces units; these are permanently under its direct command and immediately available for action.The command is led by a two star (U.S. equivalent of one star) general or flag officer. 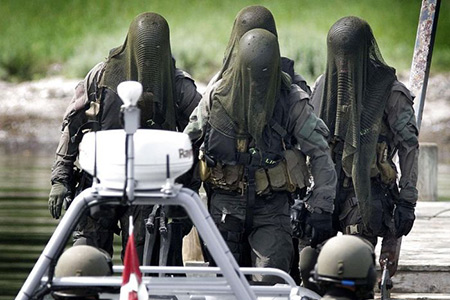 The Danish Huntsmen Corps is a special forces unit of the Royal Danish Army based at Aalborg Air Base. Jagerkorpset is composed of around 150 highly trained soldiers with special expertise in counter-terrorism, demolitions, parachuting, and combat swimming, HAHO and HALO parachuting, infiltration, sabotage, reconnaissance and more. The corps regularly trains with similar units from different countries, such as the US Navy SEALs, British SAS and the Danish naval special forces group, the Frogman Corps. The corps is based on the structure and modus operandi of the British SAS. 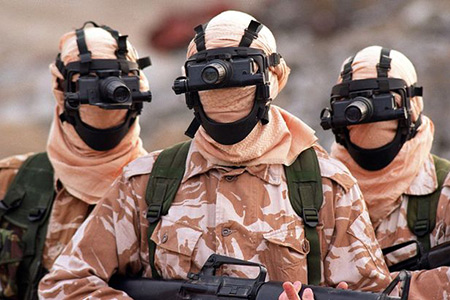 The Special Air Service or SAS is a regiment of the British Army constituted on 31 May 1950. It is part of the United Kingdom Special Forces (UKSF) and has served as a model for the special forces of many other countries all over the world. Typically, 15-20% of candidates make it through the hill phase selection process. From the approximately 200 candidates, most will drop out within the first few days, and by the end about 30 will remain. Those who complete all phases of selection are rewarded with a transfer to an operational squadron. 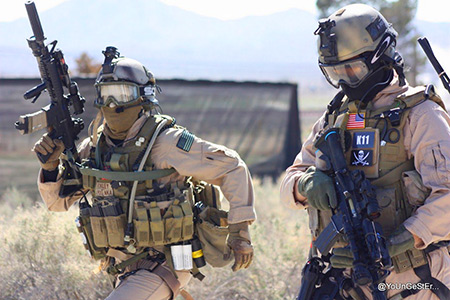 1st Special Forces Operational Detachment-Delta (1st SFOD-D), popularly known as Delta Force, is a U.S. Army component of Joint Special Operations Command. In a recent interview, former Delta operator Paul Howe talked about the high attrition rate of his Delta selection course. He said that out of his two classes totaling 240 men, only 12 to 14 candidates completed the course. The majority of the operations assigned to Delta are classified and may never be known to the public. However, details of some operations have become public knowledge. There have been many occasions that Delta have been put on standby and operational plans developed but the unit was stood down for various reasons.

Beekeeper Pretends to Sell Honey, Covers Entire Body with Half a Million Bees