Hohenzollern Castle is a real storybook castle located 31-miles south of Stuttgart, Germany. It is considered the ancestral seat of the Hohenzollern family, which emerged in the Middle Ages and eventually became German Emperors. The castle is located on top of Berg (Mount) Hohenzollern at an elevation of 855 meters (2,805 ft) above sea level, 234 m (768 ft) above surrounding Hechingen and nearby Bisingen to the south, both located at the foothills of the Schwäbische Alb. Continue reading for more. 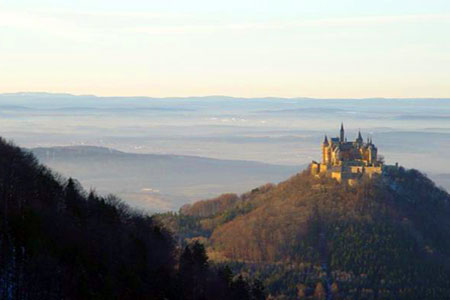 The first Medieval castle of the House of Hohenzollern was mentioned for the first time in 1267. However the castle appears to date back to the 11th century. In 1423, the castle was besieged for over a year by troops from the Swabian Free Imperial Cities. On 15 May 1423, the castle was finally taken and totally destroyed. Of the first castle only written records still exist. 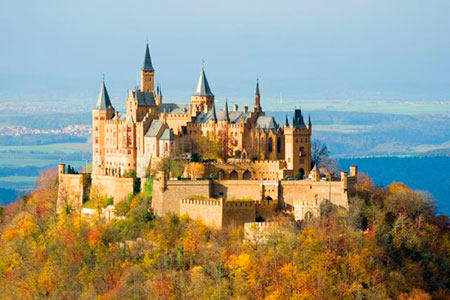 In 1454, construction on the second castle began. While this castle was much stronger than the first, during the Thirty Years’ War (1618-1648) it was captured by Wurttemberg troops in 1634. Following the Thirty Years’ War the castle was under Habsburg control for about a century. During the War of the Austrian Succession (1740-1748), the castle was occupied by French soldiers during the Winter of 1744/45. Following the war, the Habsburgs continued to own the castle, but it was rarely occupied. When the last Austrian owner left the castle in 1798 it began to totally fall to ruins. By the beginning of the 19th century the castle was a ruin, with only the Chapel of St. Michael remaining usable. 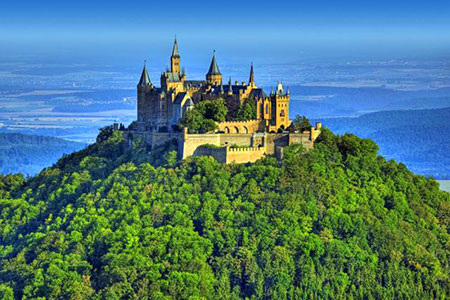 The current castle is the work of the famous Berlin Architect Friedrich August Stüler, who, while still the student and heir of Karl Friedrich Schinkel, was appointed the Architect of the King in 1842. The castle is constructed in the Gothic Revival style. The impressive entryway is the work of the Engineer-Officer Moritz Karl Ernst von Prittwitz who was considered the leading fortifications engineer in Prussia. The sculptures around and inside the castle are the work of Gustav Willgohs. The Hohenzollern Castle is a monument to the ideals of the German Romanticism movement and incorporated the idealized vision of what a medieval knight’s castle should be. 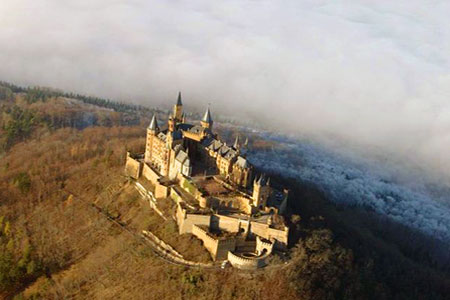 After the castle was rebuilt, it was not regularly occupied, but rather used primarily as a showpiece. Only the last Prussian Crown Prince William lived in the castle for several months, following his flight from Potsdam during the closing months of World War II. William and his wife Crown Princess Cecilie are both buried at the castle, as the family’s estates in Brandenburg had been occupied by the Soviet Union. 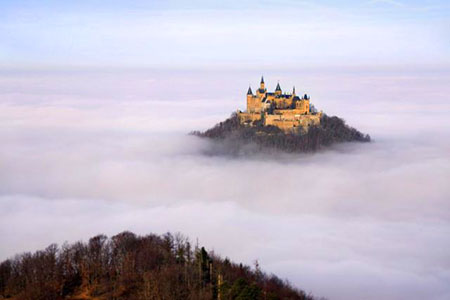 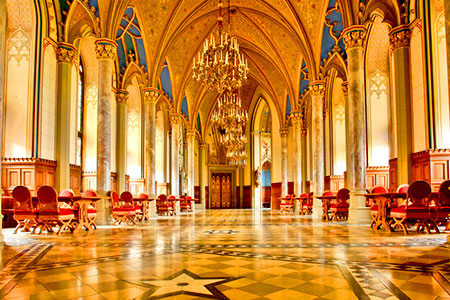 Among the historical artifacts of Prussian history contained in the castle today are the Crown of Wilhelm II and some of the personal effects of Frederick the Great and a letter from US President George Washington thanking Baron von Steuben, a scion of the House of Hohenzollern, for his service in the American Revolutionary War. The castle is today a popular tourist destination. 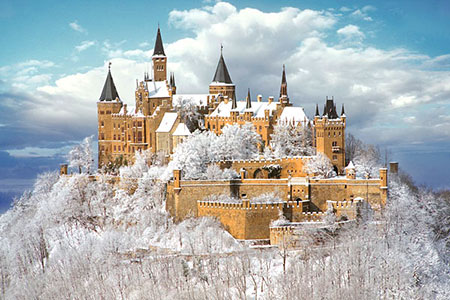 When the family split into two branches, the castle remained the property of the Swabian branch, the dynastic seniors of the Franconian/Brandenburg branch which later acquired an imperial throne. The castle was completely destroyed after a 10-month siege in 1423 by the imperial cities of Swabia. A second, larger and more sturdy castle was constructed from 1454 to 1461 and served as a refuge for the Catholic Swabian Hohenzollerns during wartime, including during the Thirty Years’ War.

By the end of the 18th century, however, the castle was thought to have lost its strategic importance and gradually fell into disrepair, leading to the demolition of several dilapidated buildings. Today, only the chapel remains from the medieval castle. The third version of the castle, which stands today, was constructed for Frederick William IV of Prussia between 1846 and 1867, under the direction of Friedrich August Stüler, who based his design on English Neo-Gothic style as well as the castles of the Loire Valley. Because the castle was built as a family memorial, no member of the Hohenzollern family took residence in this third castle until 1945, when it became home to the last Prussian Crown Prince Wilhelm who is buried there with his wife, Crown Princess Cecilie.