Most of us known about the seven wonders of the world: Great Pyramid of Giza, Hanging Gardens of Babylon, Statue of Zeus at Olympia, Temple of Artemis at Ephesusm, Mausoleum at Halicarnassus, Colossus of Rhodes, and the Lighthouse of Alexandria – but there are some lesser known places as well. Continue reading to see seven of the most magnificent. 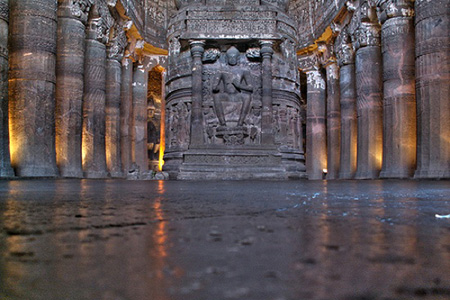 The Ajanta Caves in Aurangabad district of Maharashtra, India are about 30 rock-cut Buddhist cave monuments which date from the 2nd century BCE to about 480 or 650 CE.[1] The caves include paintings and sculptures described by the government Archaeological Survey of India as “the finest surviving examples of Indian art, particularly painting”, which are masterpieces of Buddhist religious art, with figures of the Buddha and depictions of the Jataka tales. The caves were built in two phases starting around the 2nd century BCE, with the second group of caves built around 400-650 CE according to older accounts, or all in a brief period between 460 to 480 according to the recent proposals of Walter M. Spink. 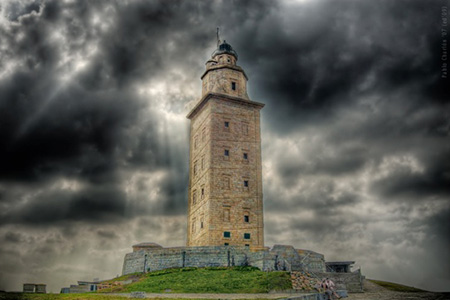 he Tower of Hercules is an ancient Roman lighthouse on a peninsula about 2.4 kilometers (1.5 mi) from the centre of A Coruna, Galicia, in north-western Spain. Until the 20th century, the tower itself was known as the “Farum Brigantium”. The Latin word farum is derived from the Greek pharos for the Lighthouse of Alexandria. The structure is 55 metres (180 ft) tall and overlooks the North Atlantic coast of Spain. The structure, almost 1900 years old and rehabilitated in 1791, is the oldest Roman lighthouse in use today. There is a sculpture garden featuring works by Pablo Serrano and Francisco Leiro. 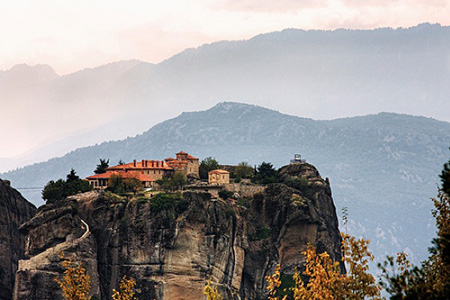 The Meteora (Greek: lit. “middle of the sky”, “suspended in the air” or “in the heavens above” – etymologically related to “Meteorite”) is one of the largest and most important complexes of Eastern Orthodox monasteries in Greece, second only to Mount Athos. The six monasteries are built on natural sandstone rock pillars, at the northwestern edge of the Plain of Thessaly near the Pineios river and Pindus Mountains, in central Greece. The nearest town is Kalambaka. 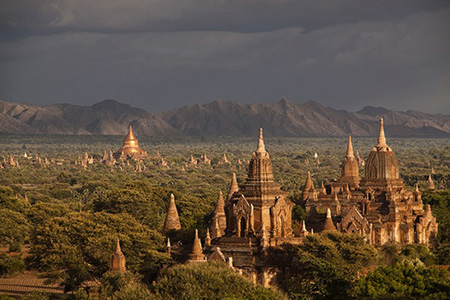 Bagan is an ancient city located in the Mandalay Region of Burma (Myanmar). From the 9th to 13th centuries, the city was the capital of the Kingdom of Pagan, the first kingdom to unify the regions that would later constitute modern Myanmar. During the kingdom’s height between the 11th and 13th centuries, over 10,000 Buddhist temples, pagodas and monasteries were constructed in the Bagan plains alone, of which the remains of over 2200 temples and pagodas still survive to the present day. 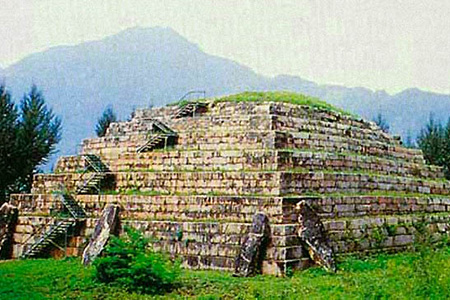 Chinese pyramids are ancient mausoleums and burial mounds built to house the remains of several early emperors of China and their imperial relatives. About 38 of them are located around 25 kilometres (16 mi) – 35 kilometres (22 mi) north-west of Xi’an, on the Qin Chuan Plains in Shaanxi Province. The most famous is the Mausoleum of the First Qin Emperor, northeast of Xi’an and 1.7 km west of where the Terracotta Warriors were found[citation needed]. Chinese pyramids were also built during the Han, Tang, Song, and Western Xia dynasties. 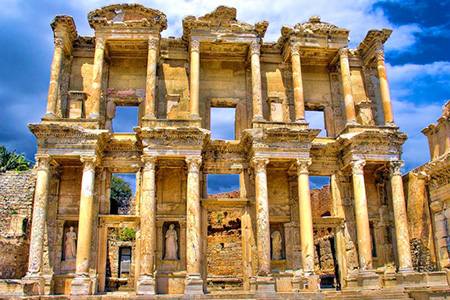 The library of Celsus is an ancient Roman building in Ephesus, Anatolia, now part of Selcuk, Turkey. It was built in honor of the Roman Senator Tiberius Julius Celsus Polemaeanus (completed in 135 AD) by Celsus’ son, Gaius Julius Aquila (consul, 110 AD). Celsus had been consul in 92 AD, governor of Asia in 115 AD, and a wealthy and popular local citizen. He was a native of nearby Sardis and amongst the earliest men of purely Greek origin[4] to become a consul in the Roman Empire and is honored both as a Greek and a Roman on the library itself. Celsus paid for the construction of the library with his own personal wealth. 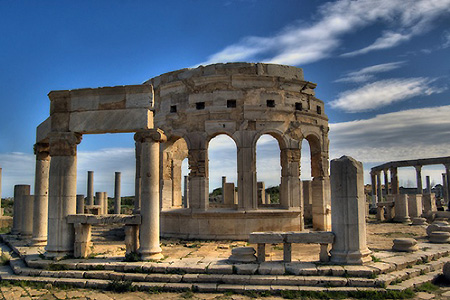 Leptis Magna also known as Lectis Magna (or Lepcis Magna as it is sometimes spelled), also called Lpqy, Neapolis, Lebida or Lebda to modern-day residents of Libya, was a prominent city of the Roman Empire. Its ruins are located in Khoms, Libya, 130 km (81 mi) east of Tripoli, on the coast where the Wadi Lebda meets the sea. The site is one of the most spectacular and unspoiled Roman ruins in the Mediterranean.

Video Shows Why You Shouldn’t Trust Strangers to Catch You