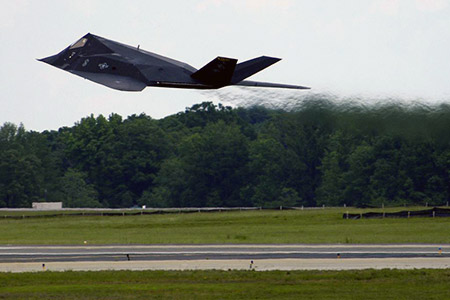 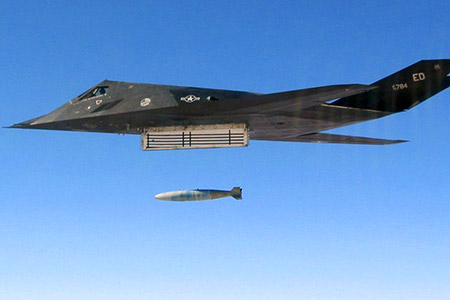 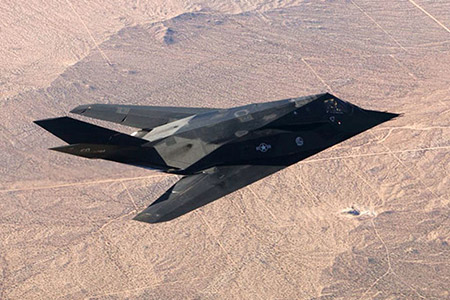 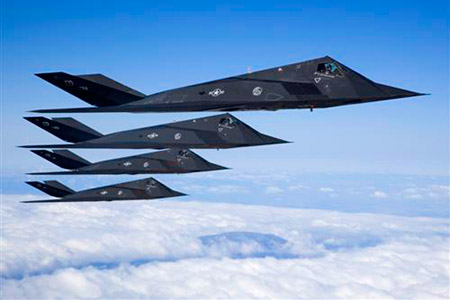 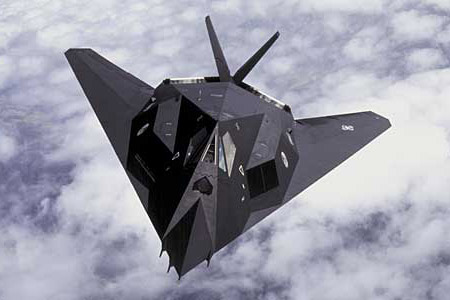 The F-117 boasts a unique shape to deflect radar signals and is about the size of an F-15 Eagle. It’s powered by two non-afterburning General Electric F404 turbofan engines, and has quadruple-redundant fly-by-wire flight controls. It is air refuelable. The aircraft is also equipped with sophisticated navigation and attack systems that are integrated into a digital avionics suite. Missions are coordinated by an automated planning system that can automatically perform all aspects of an attack mission, including weapons release. Targets are acquired by a thermal imaging infrared system, slaved to a laser that finds the range and designates targets for laser-guided bombs. On April 22, 2008 the Air Force retired due to the introduction of the F-22 Raptor, and the impending introduction of the F-35 Lightning II. Approximately 64 F-117s were built, 59 of which were production versions with five prototypes.