Call of Duty: Warzone is a free cross-platform, stand-alone battle royale game set to launch tomorrow that supports up to 150 players, complete with solo play as well as teams of two or three. The large Warzone will include other classic Call of Duty maps, including Terminal, Scrapyard, Overgrown, and Broadcast, while also offering version of the game with respawns, called Plunder. Read more for the trailer and additional information.

The game will use the same jumpmaster mechanic introduced in Apex Legends, which lets one player on a squad decide where the team drops on the map. Best of all, it doesn’t require a copy of Call of Duty: Modern Warfare to play and supports cross-platform play on PlayStation 4, Windows PC, as well as Xbox One. 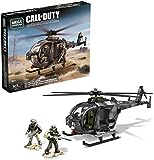