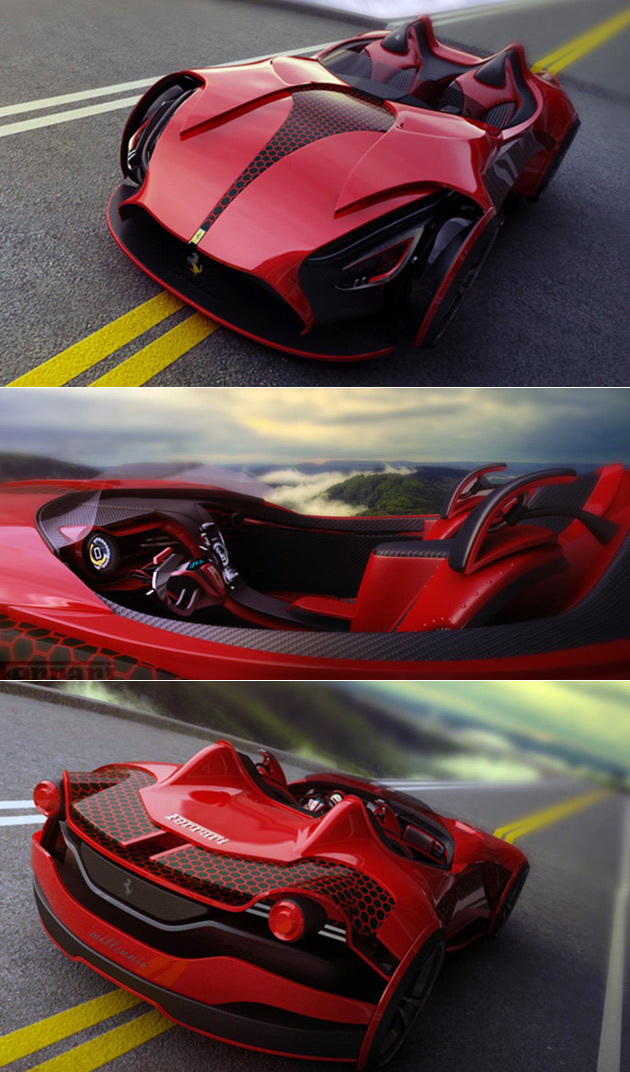 Let’s face it, by 2020, the Tesla Roadster won’t be the only open-top electric supercar on the road, and one possible competitor could be the Ferrari Millenio. This two-seater features a carbon nanotube reinforced body that’s claimed to be stronger than steel, yet lighter than carbon fiber, along with a set of dual electric engines that can either be recharged with solar panels or through an inductive power transfer system. How much will this cost? Well, considering the Porsche 918 will set you back upwards of $1-million, expect to shell out at least that amount, or double if it’s only manufactured in extremely limited quantities. Continue reading for more interesting Ferrari concepts that have been released over the years. 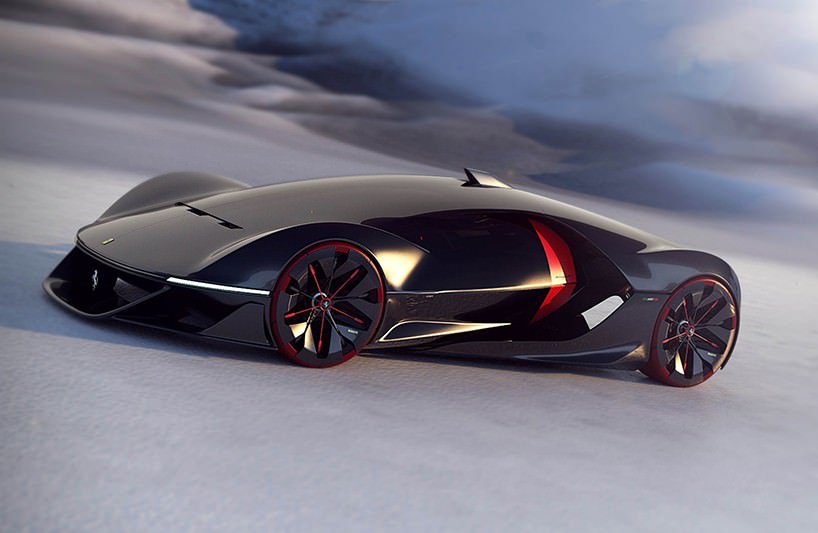 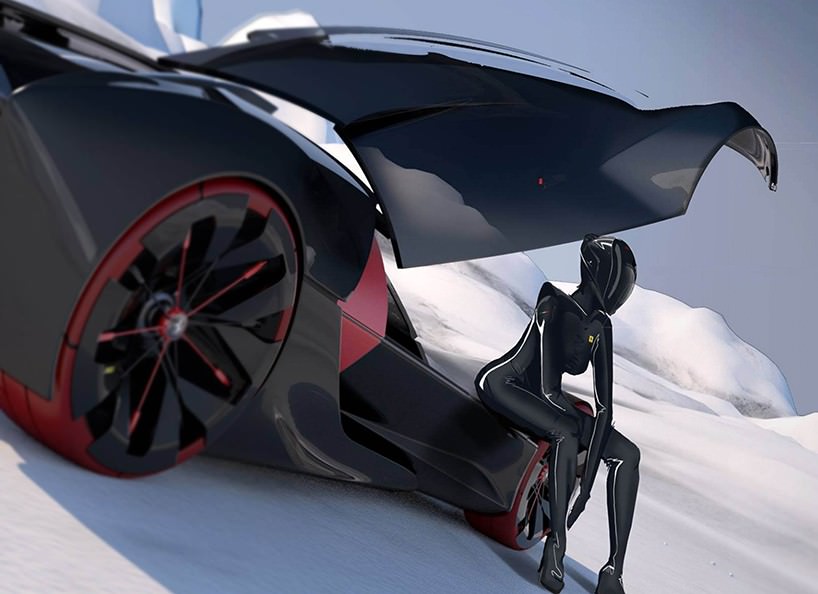 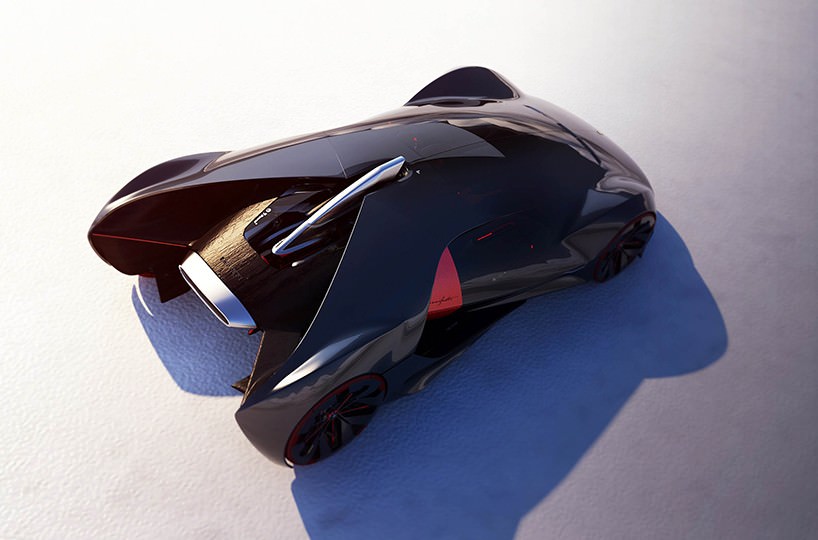 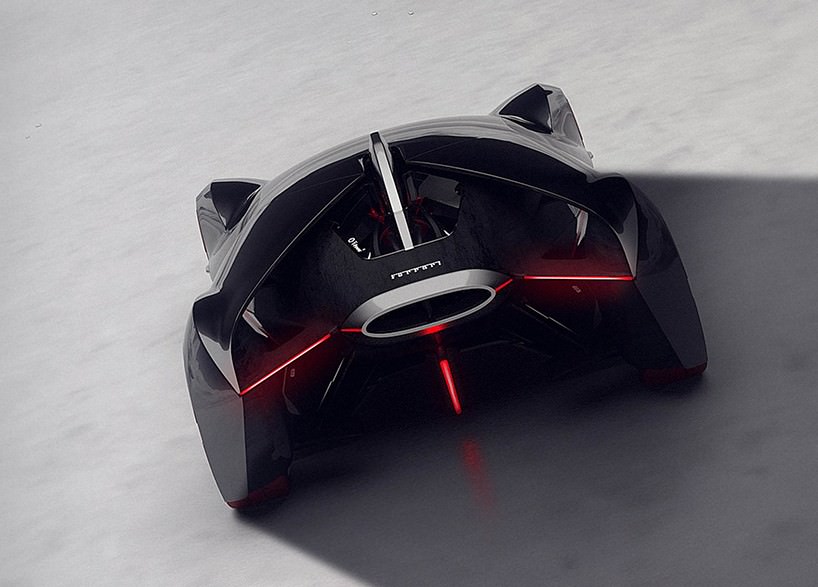 If you look beyond 2020, there’s the Ferrari Manifesto, a futuristic concept from France’s ISD-Rubika design school. The automaker liked it so much they awarded this concept “Gran Premio Assoluto” honors, earning high marks for its sleek exterior, stunning door mechanism, and incredible overall vision. Unlike other concepts, the Manifesto’s body, interior, and even its running gear are finished out, which impressed the Ferrari engineers, drivers, and collectors. 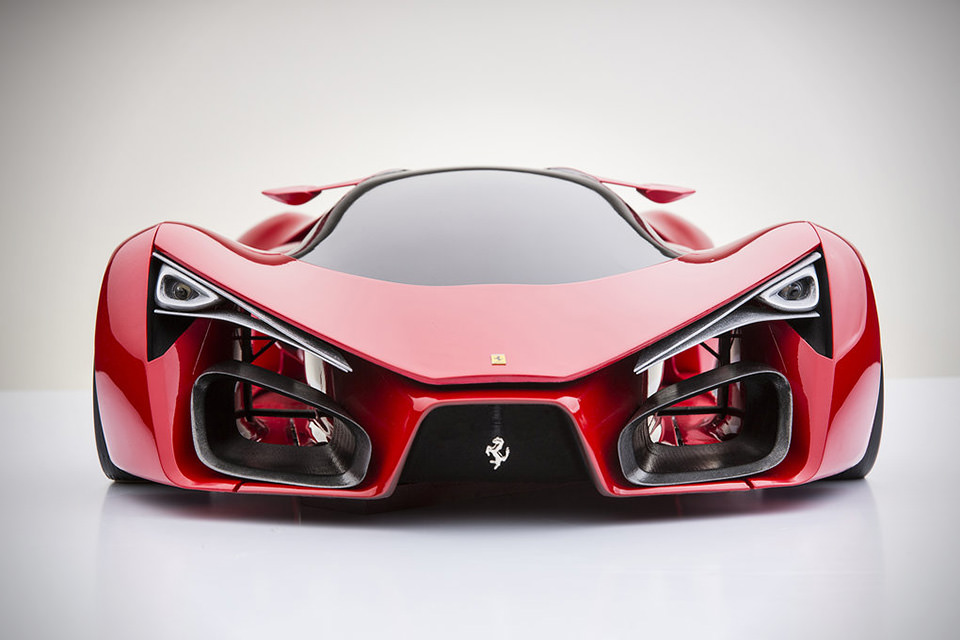 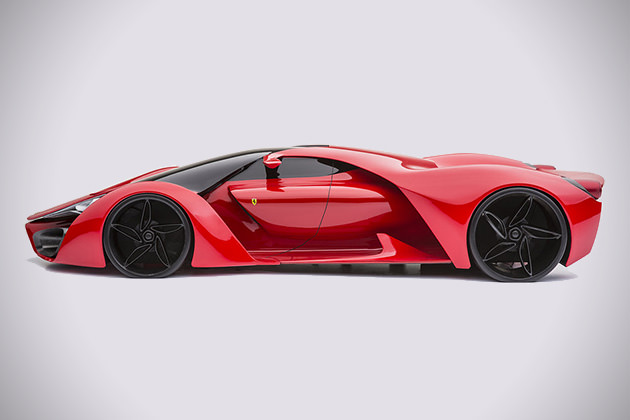 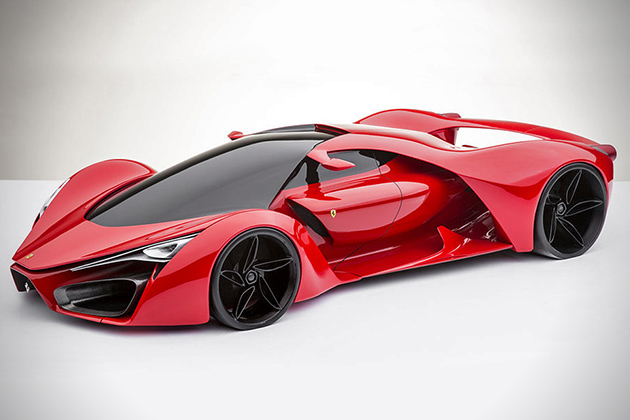 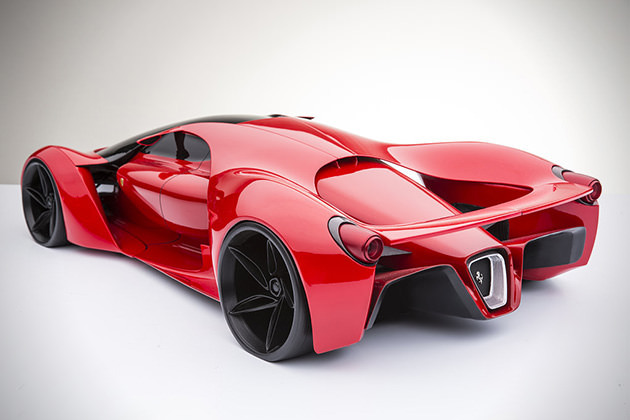 Created by industrial designer Adriano Raeli is no exception, the Ferrari F80 is powered by a hybrid drivetrain that pairs a KERS system with a 900 hp twin-turbo V8 engine to produce a combined 1,200 horsepower. Since it weighs in at just 1,763 pounds, the two-seater is capable of accelerating from 0-62 mph in just 2.2 seconds, with a top speed of 310 mph. 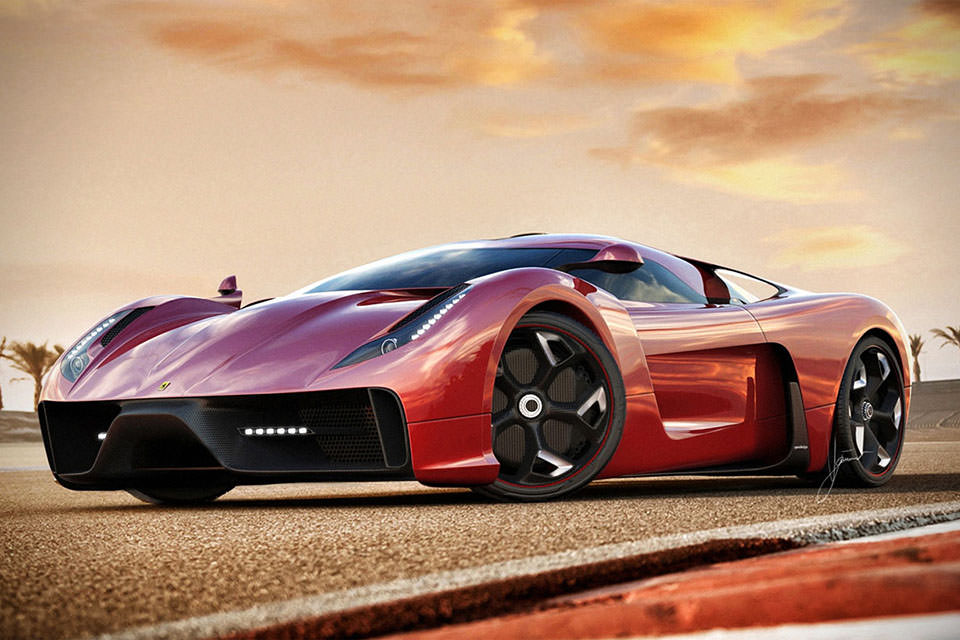 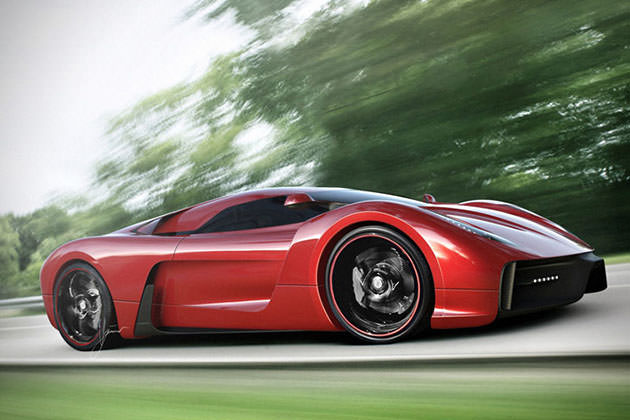 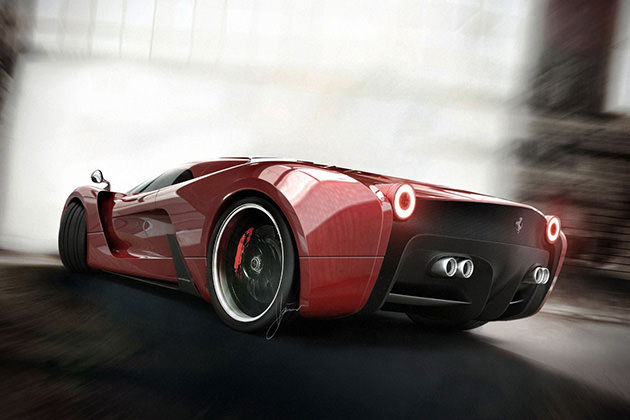 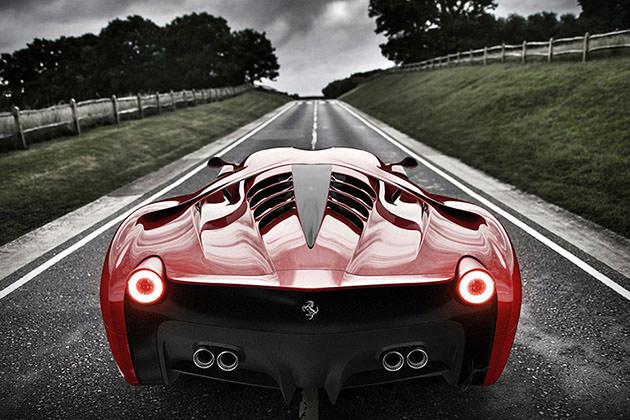 Based on the Ferrari 458 Italia, the Project F Concept boasts a Koenigsegg-like cockpit roof, along with the McLaren P1-inspired rounded rear panel. No power numbers have been confirmed, but you can bet the 458 Italia’s 464-horsepower 4.5 liter V8 has been tuned up a bit, with twin-turbochargers not out of the question. 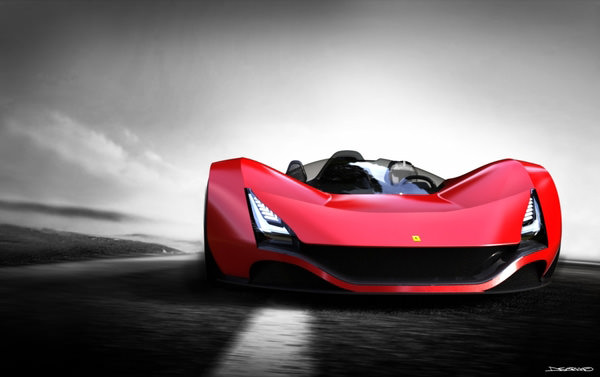 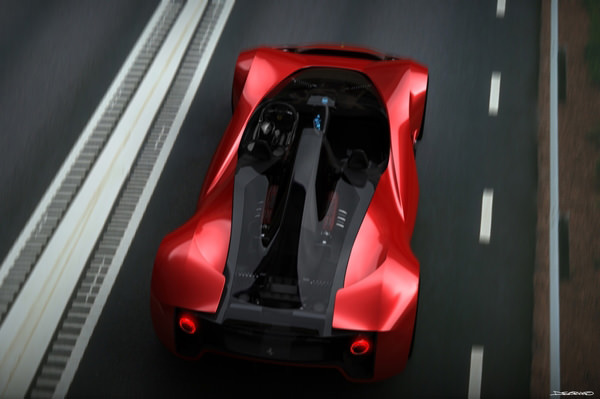 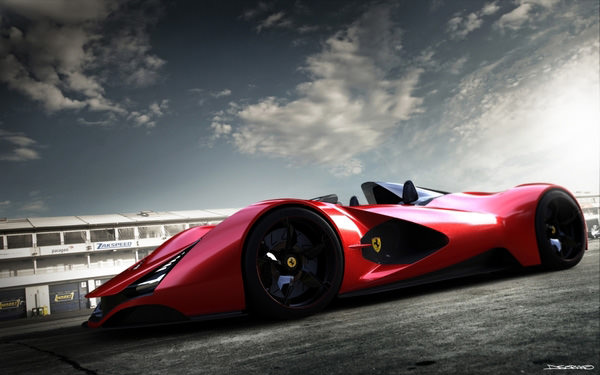 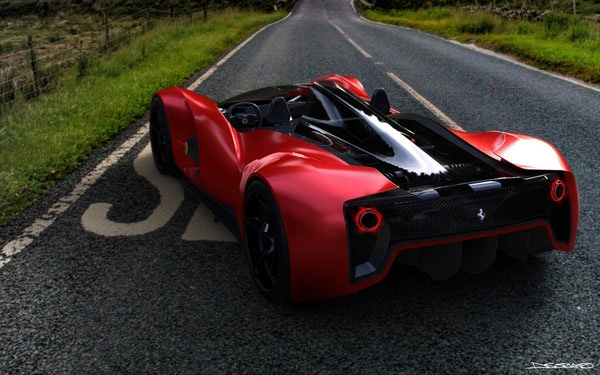 Created for the Ferrari World Design Competition, the sleek Aliante is inspired both by Formula One racing cars and street legal GTs. It features the typical proportions of mid-engine sports cars, while a strong stance and planted feel are the result of its low ride height and wedge-shaped front end. From above, you can see that its transparent engine cover really stands out, showcasing its hybrid powerplant. 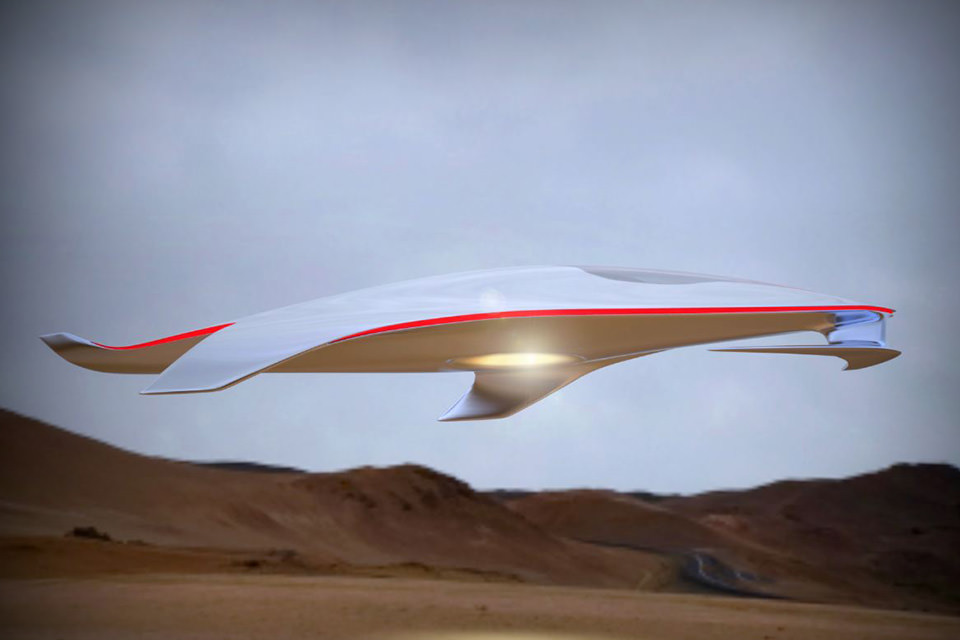 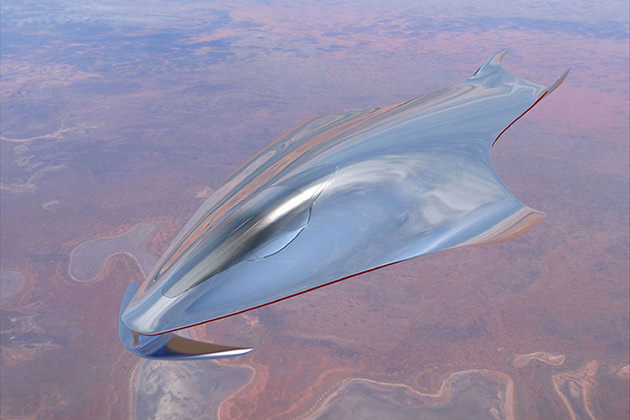 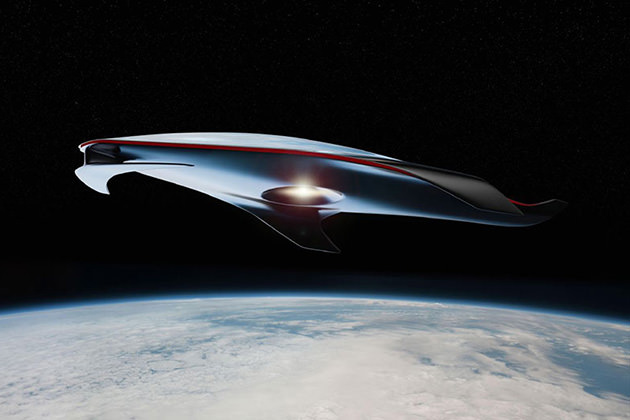 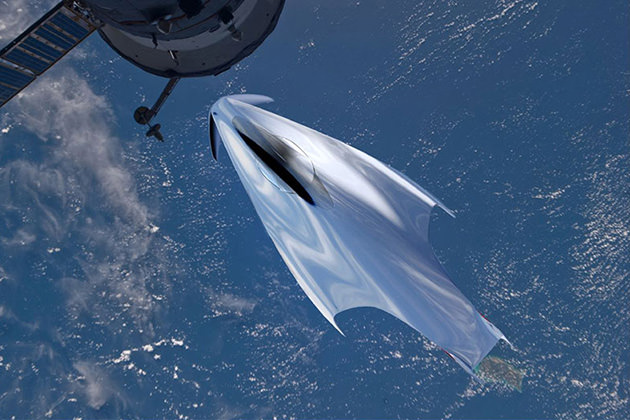 We had the save the best for last, and this Ferrari Spaceship definitely takes the cake. It was developed by Ferrari design director Flavio Manzoni, and looks like it can easily make cargo runs to the ISS at the very least. The front takes style cues from the F1-derived spoiler found on the LaFerrari and the FXX K, while the other sections were infulenced by Blade Runner, the Flash Gordon serials, and 2001: A Space Odyssey. “I tried to imagine something that can fly in the future, since there will be less and less space available on the ground, and I focused on creating a little craft that’s different than my childhood dream,� said Manzoni.

Airbus Pop.Up Flying Car and 3 More Flying Cars We Could See in the Future