Photo credit: OeWF | FIorian Voggeneder
Six analog astronauts will spend three weeks in isolation simulating life on Mars in the Israeli desert to conduct research and better understand the mental as well as physical health of being on the Red Planet. Operated by the Austrian Space Forum (OeWF), all participants will be wearing a 99-pound prototype pressurized space suit that will impede the astronauts’ movements in an aim to seek out weak points that can be improved upon.

The mission is called AMADEE-20 and the six astronauts will be staying at the D-Mars analog Mars habitat in Israel’s Negev Desert. Mission control will be managed at the Austrian Space Forum (OeWF), while the habitat itself is based on real designs for ground segments that are currently being developed for future Mars missions. For even more authenticity, all communications between the astronauts and mission control will have a 10-minute delay. 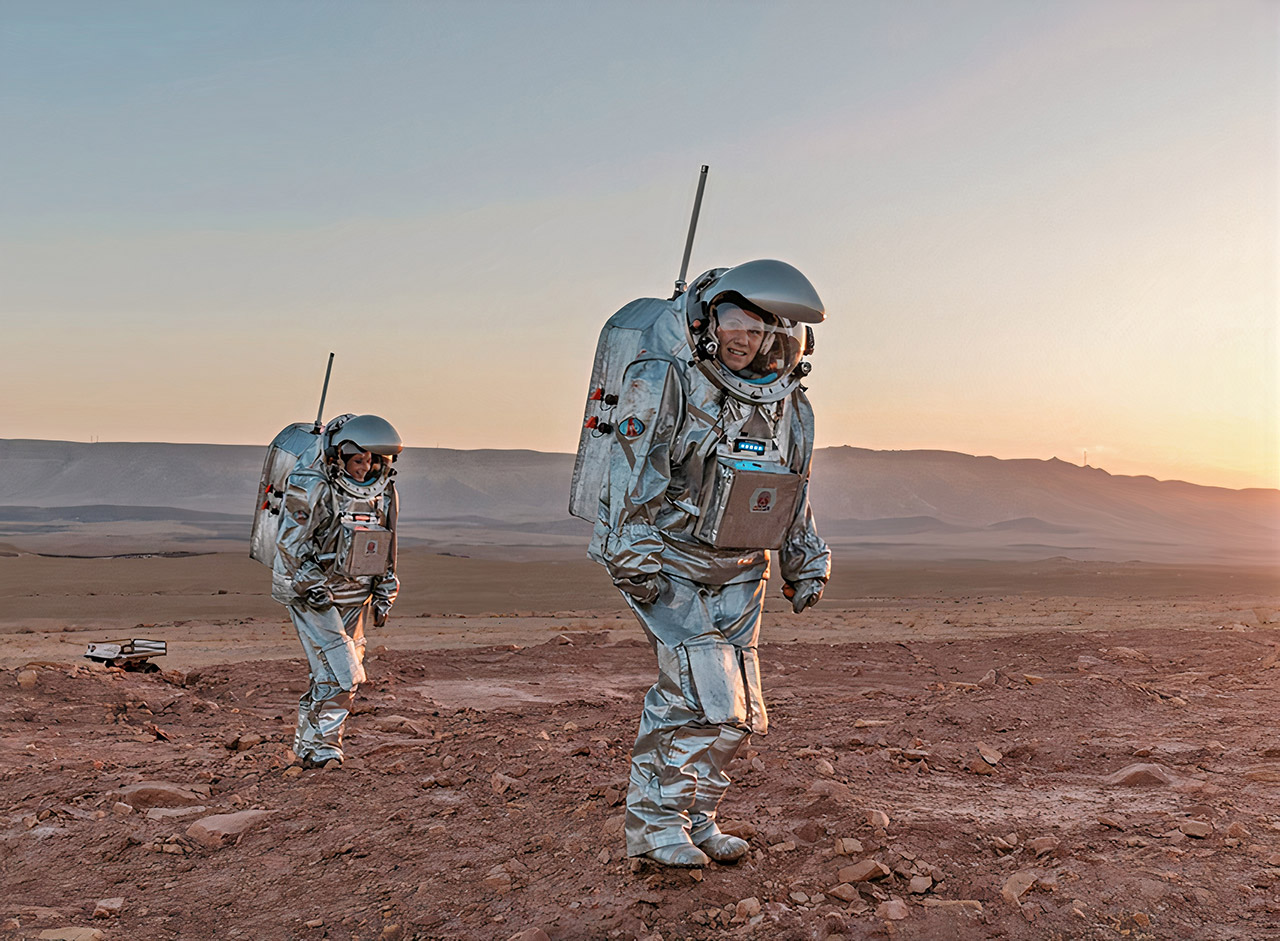 The analog astronauts will live and work in a habitat specially developed for the mission. During activities outside the habitat, they will wear an elaborate spacesuit prototype, which was developed and built by the OeWF. With our analog research, we test equipment and procedures and look for weak points so that everything may go smoothly in actual use,” said Dr. Gernot Grömer, director of the OeWF.