According to official government records, the last time man ever set foot on the Moon was back in December 1972, when Apollo 17 astronauts Eugene Cernan and Harrison Schmitt spent three days on the lunar surface. What most don’t know is that more Apollo missions were originally planned - Apollo 18, 19 and 20 – all of which were already in the construction and / or in the latter planning stages when they were cancelled in 1972 supposedly due to declining public interest and budget cuts. That was seemingly the case until 2007, when astronaut William Rutledge posted a video to YouTube claiming it to be from the secret Apollo 20 mission. Rutledge claimed Apollo 20’s goal was to explore the polar region of the Moon, on its dark side, and in particular a miles-long crashed spacecraft. Continue reading for five more moon mysteries that will make you wonder. 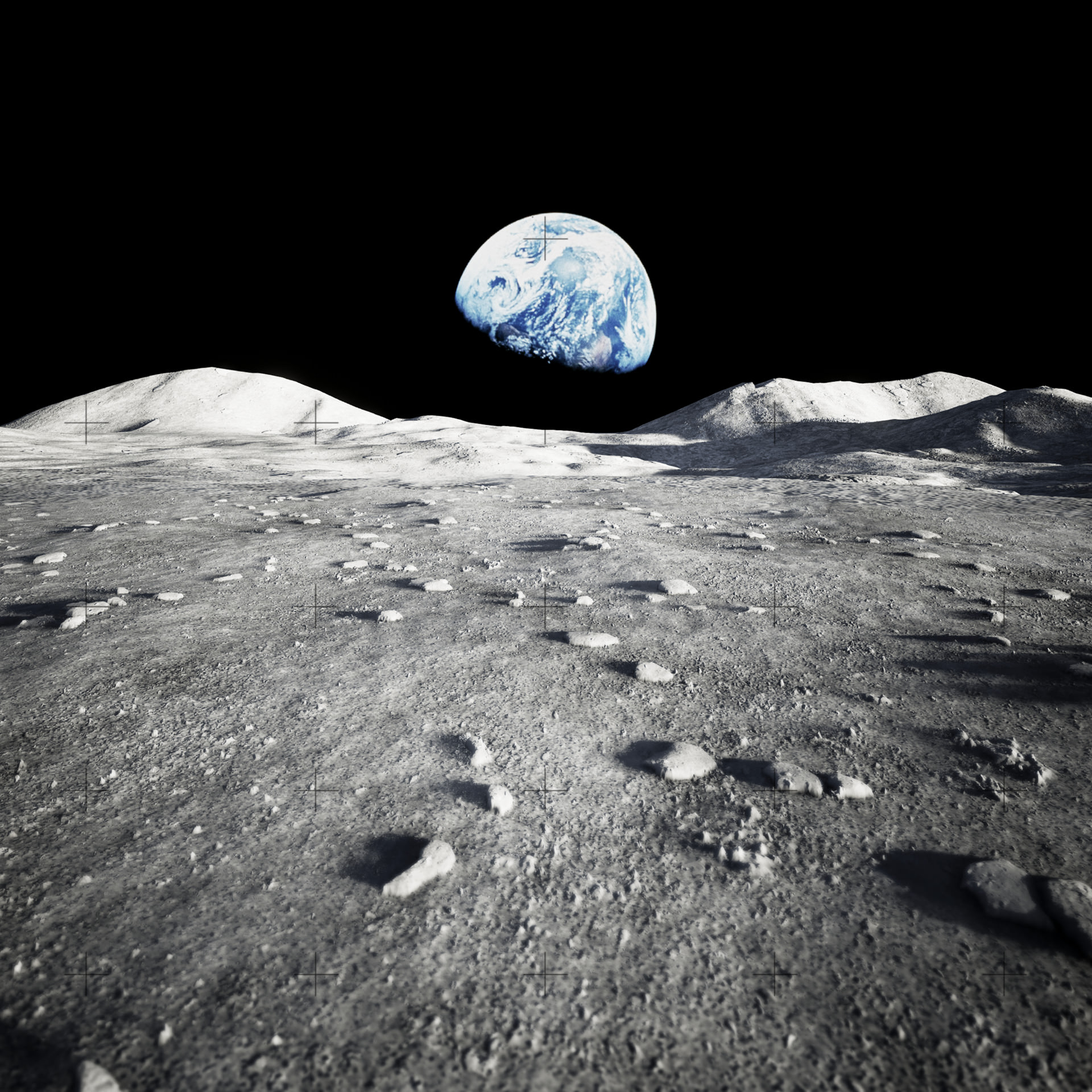 Approximately one hundred two hours and twelve minutes after leaving Earth, the Apollo 10 crew reached the far side of the Moon. Commander Tom Stafford and lunar module pilot Gene Cernan were in the lunar module, Snoopy, while command module pilot John Young was in his spacecraft, callsign Charlie Brown. The two spacecraft were traveling separately during that orbit, preparing for the simulated lunar liftoff by firing the ascent stage like later crews would when launching from the Moon. As they traversed ahead with their flight plan, all three men suddenly heard some ‘spacey music’ coming in over their headsets. 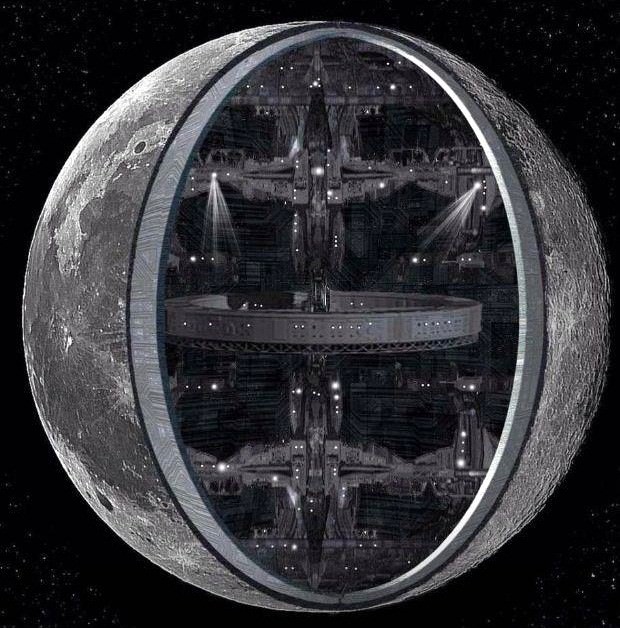 Could Earth’s moon actually be a space station? Some researchers suggest the Moon is artificial and hollow, a Death Star-type object placed in our backyard millenia ago by aliens if you will. Why do they believe it’s hollow? They say that NASA crashed an object into the surface, and ‘the Moon began to ring like a bell,’ showing it could be hollow. Plus, ‘a natural satellite cannot be a hollow object. That would suggest it’s artificial.’ 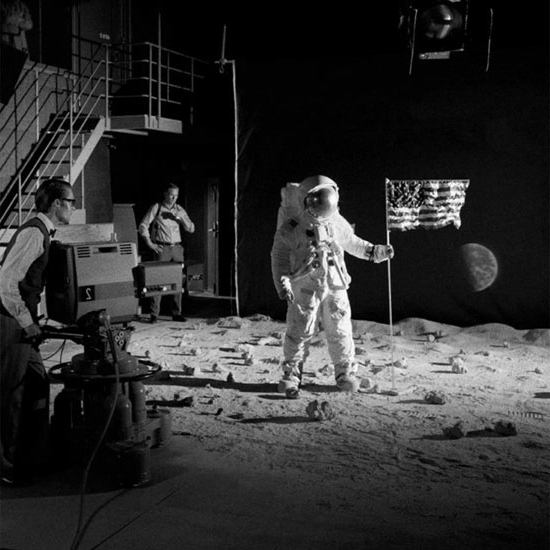 Yes, even to this day, there are people who still believe that the moon landings were faked. One popular conspiracy has theorists suggesting that filmmaker Stanley Kubrick may have helped NASA fake the first lunar landing, given that his 1968 film 2001: A Space Odessey proves that the technology existed back then to artificially create a space-like set.

2. Structures on the Moon 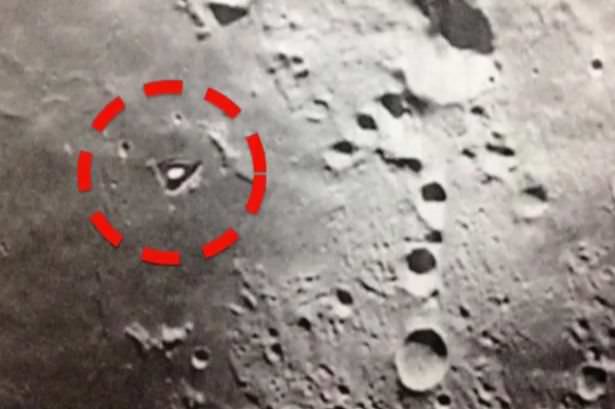 Whether it be a base or an abandoned structure, they’ve all been spotted on the moon, but just how credible are these claims? Giant tower-like structures are being sighted on the moon’s far side, and they appear to be moving, which means they are either giant aircraft, or are actually being moved by intelligent beings. Structures that resemble buildings with interconnected pathways have also been found on the far side, which means there could be an entire subterranean city. 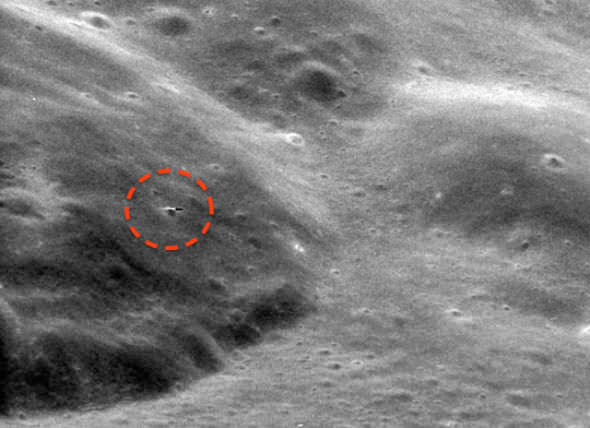 So, you’ve seen all the possible objects and structures that could be on the Moon, but what about unidentified flying objects that appear to be orbiting the astronomical body? One YouTuber, “Crow777”, appears to spot them regularly with his telescope. According to Crow777, “[the top clip] shows what I believe to be a spaceship under intelligent control, in orbit and firing its thrusters/engines in front of the moon – and beyond. I have never seen footage like this and it may be a one of a kind capture. It is a UFO by definition and clearly under intelligent control.”