Always wanted a single pen that was able to write in any color? If so, then look no further than the Artera Pen. It utilizes an integrated scanner on the non-writing end of the pen to scan just about any colored surface, while an integrated microprocessor detects the exact combination of cyan, magenta, yellow, black or white dyes needed to reproduce it. Read more for a hands-on video and additional information.

The pen uses small built-in cartridges to reproduce that color in real-time, and then all you have to do is write or draw. If it’s the latter, simply swap out the ballpoint tip for a brush-type nib. Or, if you don’t have an object to scan, just choose a color from a palette in the free app, and then that mix code is sent to the pen via Bluetooth. 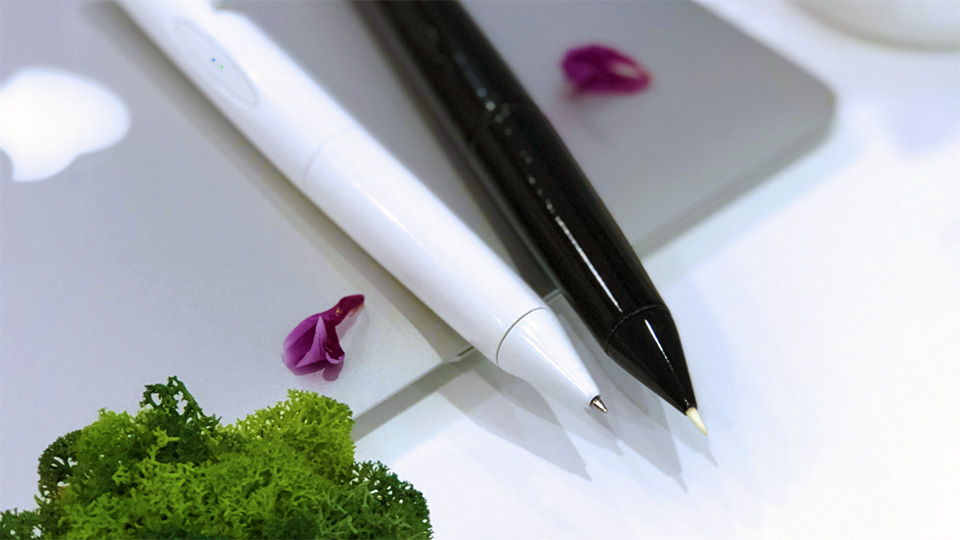 If you read this far, then you’ll be happy to know that a single set of ink cartridges, priced under $2, is good for around 656-feet of writing. When fully charged, expect the 400-mAh lithium battery to last for 6-hours. Kickstarter backers will be able to reserve one for $129, with deliver set for next October. Kickstarter page..

In Case of Zombie Apocalypse, You’ll Want a 2020 Living Vehicle, This Inside Look Shows Why

Hands-On with the Unusual-Looking Human Headphones