Sure, the US Air Force may not have had the technology then (or now) to create a flying saucer capable of interstellar travel, but they did want to create something that could possibly mistaken for one back during the 1950s. Meet The Avro Canada VZ-9V Avrocar, proposed in the 1950s. This was a flying saucer in the true sense of the word, and used three turbojets to turn a central impeller which kept it airborne by providing downward thrust. A vane and shutter system allowed the aircraft to be maneuvered by venting thrust in any direction desired. It was capable of carrying two crew seated in separate enclosed cockpits on either side of the aircraft. Total diameter of the Avrocar was 18-feet, however it measured only 3.5-feet tall. Continue reading for more interesting facts.

5. Originally Designed to be Fighter-Like Aircraft 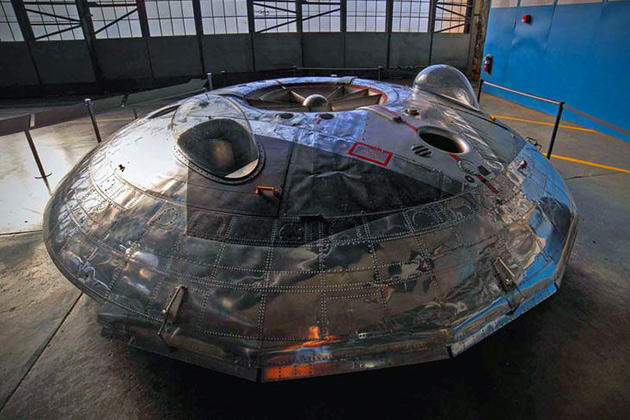 Originally designed as a fighter-like aircraft capable of very high speeds and altitudes, the project was repeatedly scaled back over time and the U.S. Air Force eventually abandoned it. 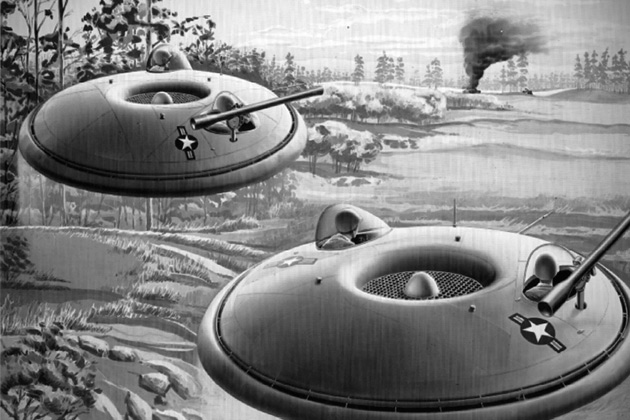 Development was then taken up by the U.S. Army for a tactical combat aircraft requirement, a sort of high-performance helicopter.In flight testing, the Avrocar proved to have unresolved thrust and stability problems that limited it to a degraded, low-performance flight envelope. 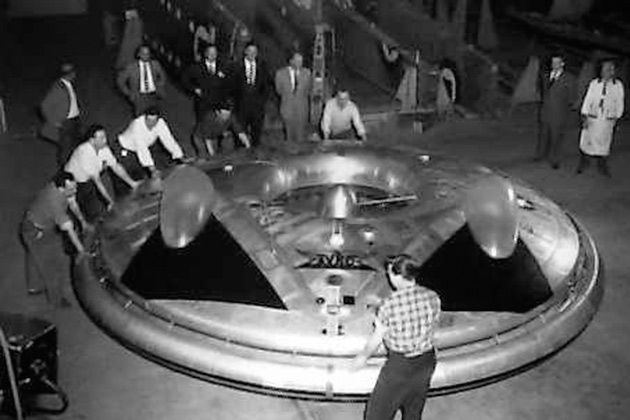 Pilot control was entirely through a single side-mounted control stick. Pitch and roll were controlled through conventional fore-aft and side-to-side motions, while yaw could be controlled by twisting the stick. No mechanical linkages were used, the stick instead controlled the flow of high pressure air around the craft, which either directly attached to various control surfaces, or indirectly through local cable linkages to replace controls that were intended to be cable-actuated.

2. Manned by Crew of Two 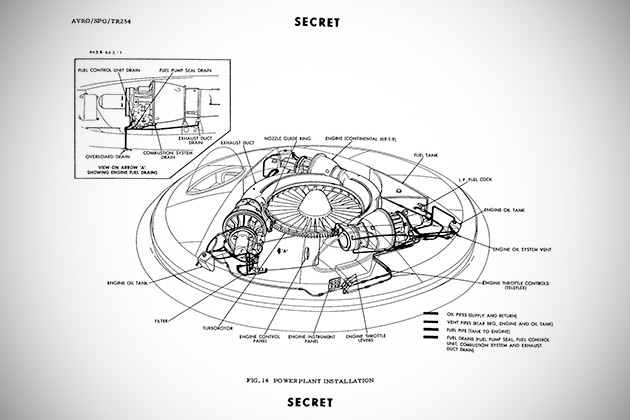 The vehicle was manned by a crew of two, positioned in separate cockpits squeezed into empty areas in the airframe. In practice, only one pilot was usually on board during testing; a number of flights were made with an observer in the second cockpit. Until control problems were completely solved, the Avro test pilots acquired a “touch” for the extremely sensitive control inputs and Avro Aircraft Chief Development Test Pilot Potocki was eventually able to demonstrate a “hands-off” flight.

Before modifications could be achieved, funding ran out in March 1961. Frost’s proposals for a modified design were not accepted, and the Avrocar and related WS-606A supersonic VTOL programs were officially cancelled in December 1961 by the U.S. military. Avro company executives encouraged additional VTOL research projects, exploring new configurations married to a disk platform and even a “lift jet” version, but no further interest resulted from Canadian or other sources, to cap the end of this Special Projects Group program.

Add Extra Storage with Lexar’s High-Performance 64GB MicroSDXC 633x, Get One for Under $32 – Today Only