It’s no drone, but this custom LEGO robot is designed for something much cooler…folding and launching paper airplanes automatically. Arthur Sacek, a LEGO enthusiast and designer, used the colorful bricks to create a machine that could not only fold the planes, but launch them automatically as well. That’s right, once folded, the machine shoots it down a ‘runway’ directly into flight. LEGO Mindstorms computers were used to precisely calculate the folds and just how quickly the airplane is folded. Continue reading for another behind-the-scenes video, more pictures and information. Click here for a few bonus custom LEGO creations. 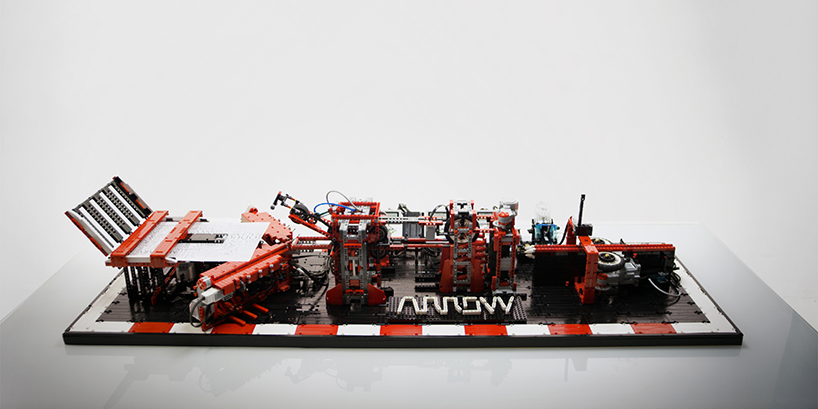 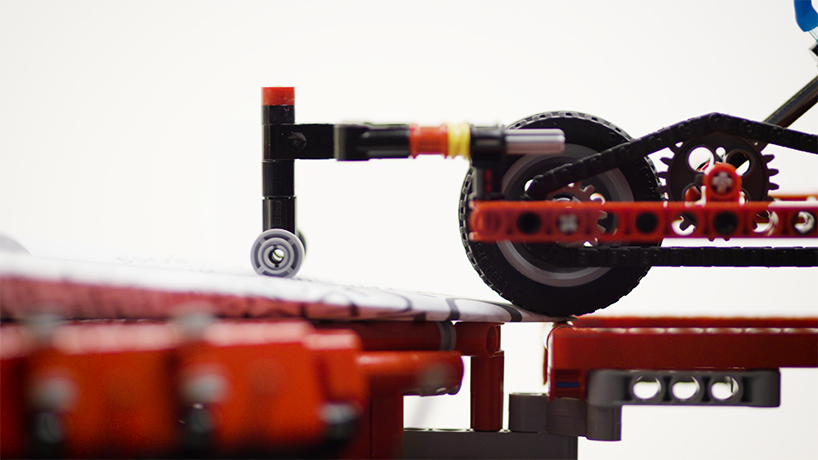 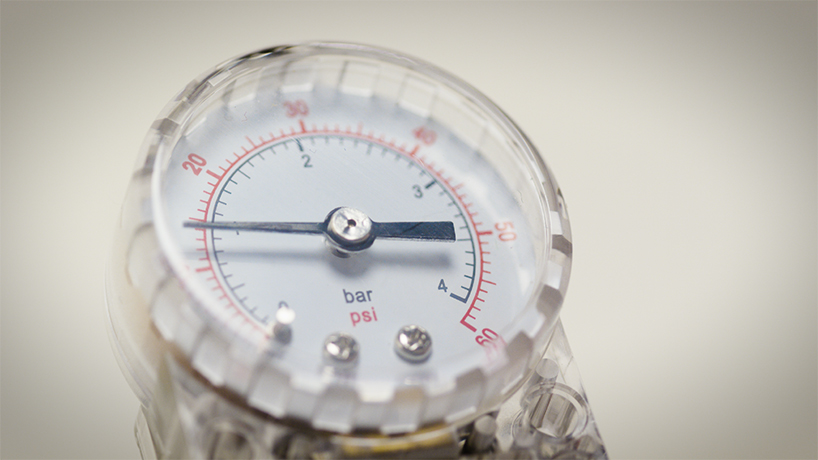 “Using only LEGO, Sacek and his creative team designed the device for the super bowl commercial spot of arrow electronics – an technological components company. The robot has been designed to transform a sheet of paper using a variety of carefully-programmed LEGO apparatuses and tools. Beginning as a flat sheet, the paper moves through a system a cogs where it’s folded along specific pleat points, following the pattern of a paper plane. As it takes shape, the sheet is crimped to its final form before finally being launched into mid-air. In collaboration with elevation digital media, the entire commercial production was shot in less than four hours,” reports Design Boom.