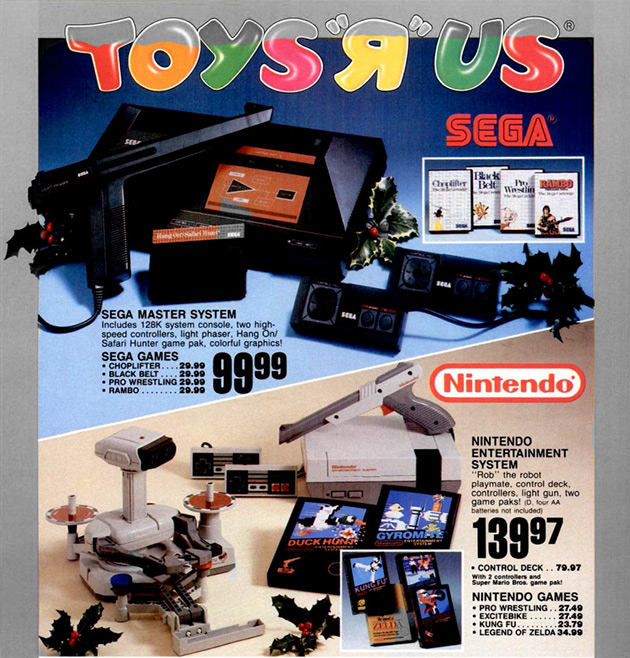 Back in 1987, you could’ve picked up either a SEGA Master System for $99.99 (included 2 controllers, light phaser and Safari / Hang On games) or an NES with R.O.B. as well as a light gun, two controllers, and two games for $139.97. The single games for these systems ran anywhere from $27.49 (Choplifter) to $34.99 (The Legend of Zelda). The best-selling gaming console of its time, the NES helped revitalize the US video game industry following the video game crash of 1983. With the NES, Nintendo introduced a now-standard business model of licensing third-party developers, authorizing them to produce and distribute titles for Nintendo’s platform. Click here to view the first image in this week’s cool video game pictures gallery. Continue reading for a viral video of a Magpie bird mimicing a child’s laugh.

Raspberry Pi 2 is a Pocket-Sized Computer, Get the Starter Kit + Edimax WiFi for Under $65 Shipped – Today Only