Would you pay $500+ for an inductive charging wireless charger? Native Union thinks so, as their latest wireless charger, produced in partnership with the French fashion house Berluti, costs a whopping $780. Simply put, it’s a leather-clad version of their 10W Qi Drop Wireless Charger priced $720 higher than a normal model. Even at that price, you don’t get a power adapter, just get a leather USB-C to USB-A cable. Read more for another picture and additional information. 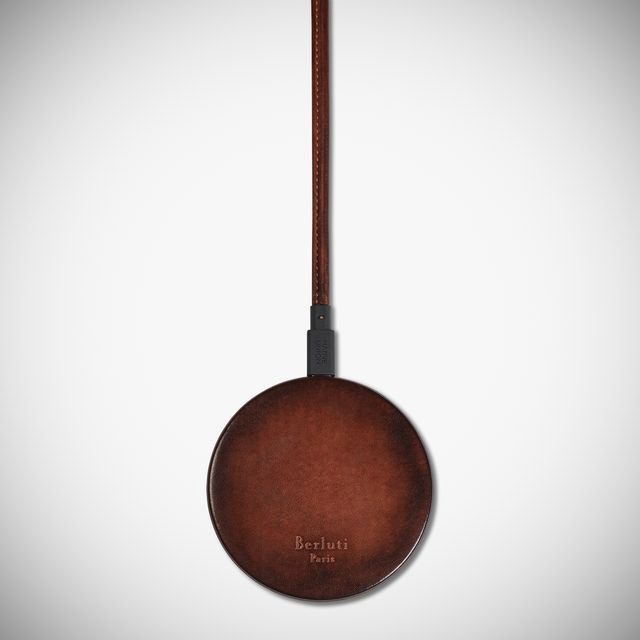 No, there isn’t anything special about this battery charger, as these here perform the same function, but at a fraction of the cost. “So why is the wireless charger being sold for so much? Well, in addition to having the French fashion house’s name stamped on it, the wireless charger itself features Venezia Calfskin while the USB-C to USB-A cable is wrapped in Venezia leather,” reports Android Authority.