It’s official, El Salvador is set to construct the world’s first “Bitcoin City”, funded entirely by bitcoin-backed bonds in the first phase. This cryptocurrency-themed city would be circular, complete with an airport, residential / commercial areas, and even have a central plaza designed to look like a bitcoin symbol from the air. The bond would be issued on the “liquid network”, a bitcoin sidechain network, and after 10 of these are issued, roughly $5-billion in the cryptocurrency would be taken off the market for several years. Read more to see what happens when a gigantic 352-pound physical bitcoin gets dropped on a vending machine.

This 352-pound (162-kilogram) bitcoin sculpture may not be worth anything, but it most certainly can be used to destroy things, like a vending machine. That is exactly what the guys at “How Ridiculous” did for one of the most recent stunts. Let’s just say that the coin can most likely be used several more times without so much as a scratch. 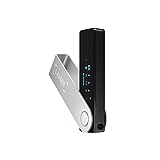