In previous studies, astrophysicists observed two black holes colliding with two neutron stars in separate events, but never merging. This event marks the first detection of a merger between a black hole and neutron star, in which one basically swallows the other. The collisions and resulting gravitational waves offer a rare glimpse into how cataclysmic cosmic explosions affect the expansion and shrinking of space-time. Read more for a video and additional information.

Neutron stars are essentially the corpses of giant stars up to 30 times as massive as the sun, and black holes are condensed space regions where gravitational forces are so strong that not even light can escape. When these astronomical objects collide, they dance around each other until they finally meet, resulting in a massive explosion. 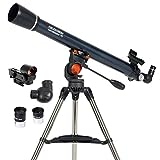 We suspected that these systems existed, but they had eluded us until now. Continued observations of these binaries will reveal their formation channels and could one day help us understand how matter behaves at the extreme densities these processes probe,” said Ryan Magee, a postdoctoral scholar at Caltech who helped in analyzing the LIGO signals.