No, this isn’t a screenshot of an upcoming fantasy film, just the Blue Lagoon geothermal spa. It’s one of the most visited attractions in Iceland, located in a lava field in Grindavik on the Reykjanes Peninsula, southwestern Iceland. The warm waters are rich money in minerals like silica and sulfur and bathing in the Blue Lagoon is reputed to help some people suffering from skin diseases such as psoriasis. Continue reading for more cool facts and a video. 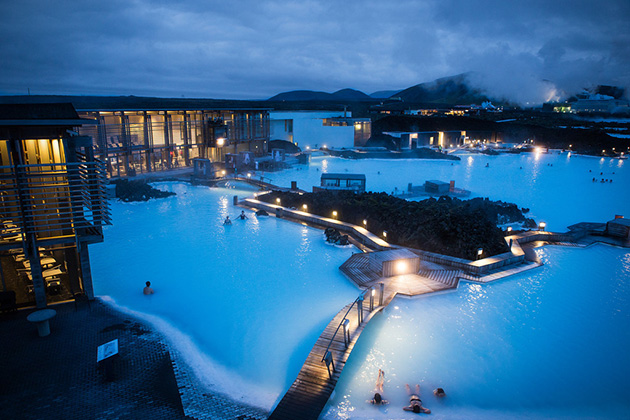 The water temperature in the bathing and swimming area of the lagoon averages 37-39 °C (99-102 °F). The Blue Lagoon also operates a research and development facility to help find cures for other skin ailments using the mineral-rich water. 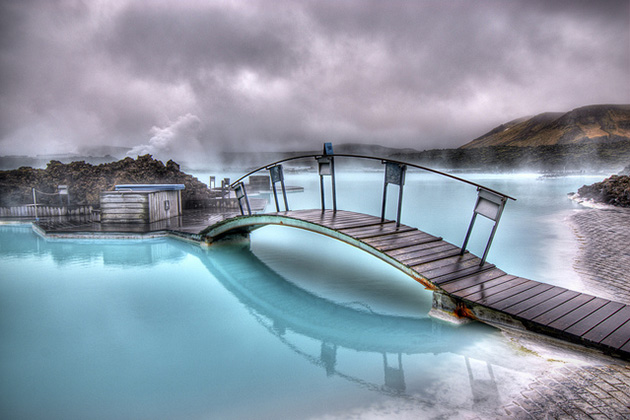 The lagoon is a man-made lagoon which is fed by the water output of the nearby geothermal power plant Svartsengi and is renewed every two days. Superheated water is vented from the ground near a lava flow and used to run turbines that generate electricity.

3. Water Must be Disposed of in Lava Field 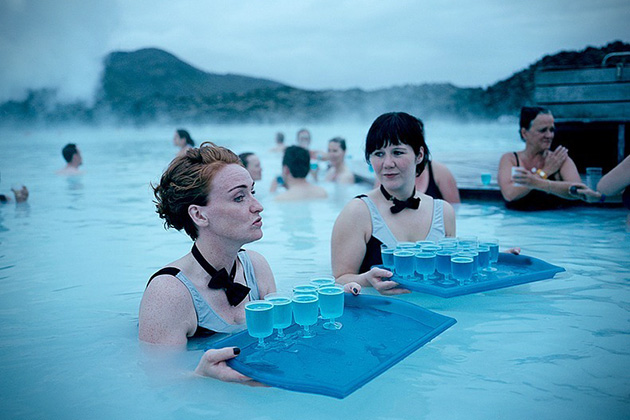 The rich mineral content is provided by the underground geological layers and pushed up to the surface by the hot water (at about 1.2 MPa (170 psi) pressure and 240 °C (464 °F) temperature) used by the plant. Because of its mineral concentration, water cannot be recycled and must be disposed of in the nearby landscape, a permeable lava field that varies in thickness from 50 cm (20 in) to 1 m (3.3 ft). 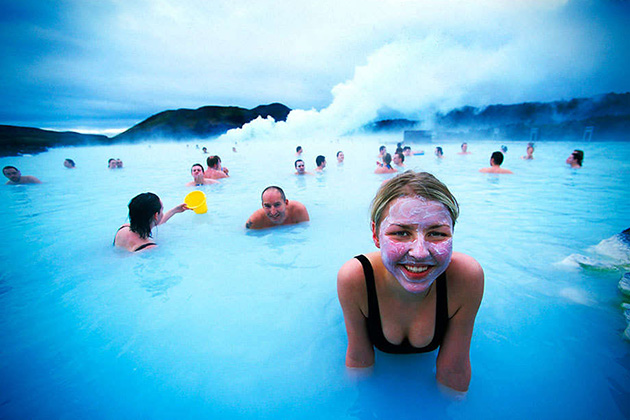 The silicate minerals is the primary cause of that water’s milky blue shade. After the minerals have formed a deposit, the water reinfiltrates the ground, but the deposit renders it impermeable over time, hence the necessity for the plant to continuously dig new ponds in the nearby lava field.

1. Featured in Many Movies and Television Shows

The Blue Lagoon was used as the pit stop for the first leg of The Amazing Race 6. The Blue Lagoon was used for the thermal spa scenes in the filming of Hostel: Part II. It was also shown in the Incubus documentary Look Alive, when the band visited Iceland, as well as in the fifth cycle of Britain’s Next Top Model which used as photoshoot location.