The BMW i8 Roadster makes its official debut at the LA Auto Show and this plug-in hybrid boasts an aluminum chassis with a carbon-fiber monotub, a higher capacity battery, and an upgraded hybrid powertrain. Featuring a 1.5L turbocharged three-cylinder engine that produces 231 hp (up from 228 hp) and 143 hp electric motor (up from 131 hp), for a combined output of 374 hp, good for a 0-60 mph time of 4.4-seconds, while topping out at an electronically limited 155 mph. The battery pack has been upgraded from 20 Ah to 34 Ah and from 7.1 kWh to 11.6, enabling you to travel on electric power alone at speeds up to 65 mph – or 75 mph in eDrive mode. The all-electric range is up to 33 miles on the New European Driving Cycle. Continue reading for test drive footage, more pictures and information. 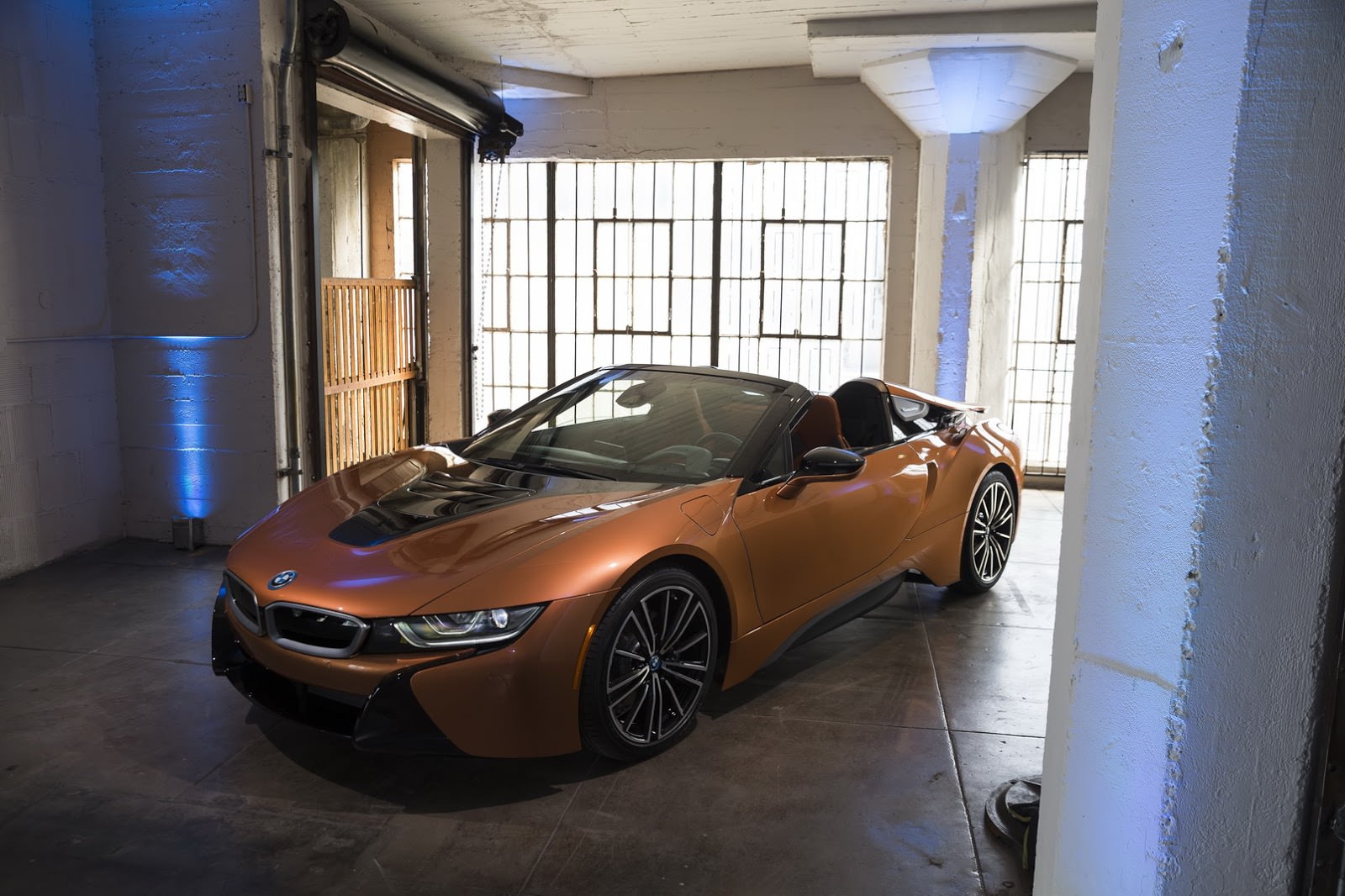 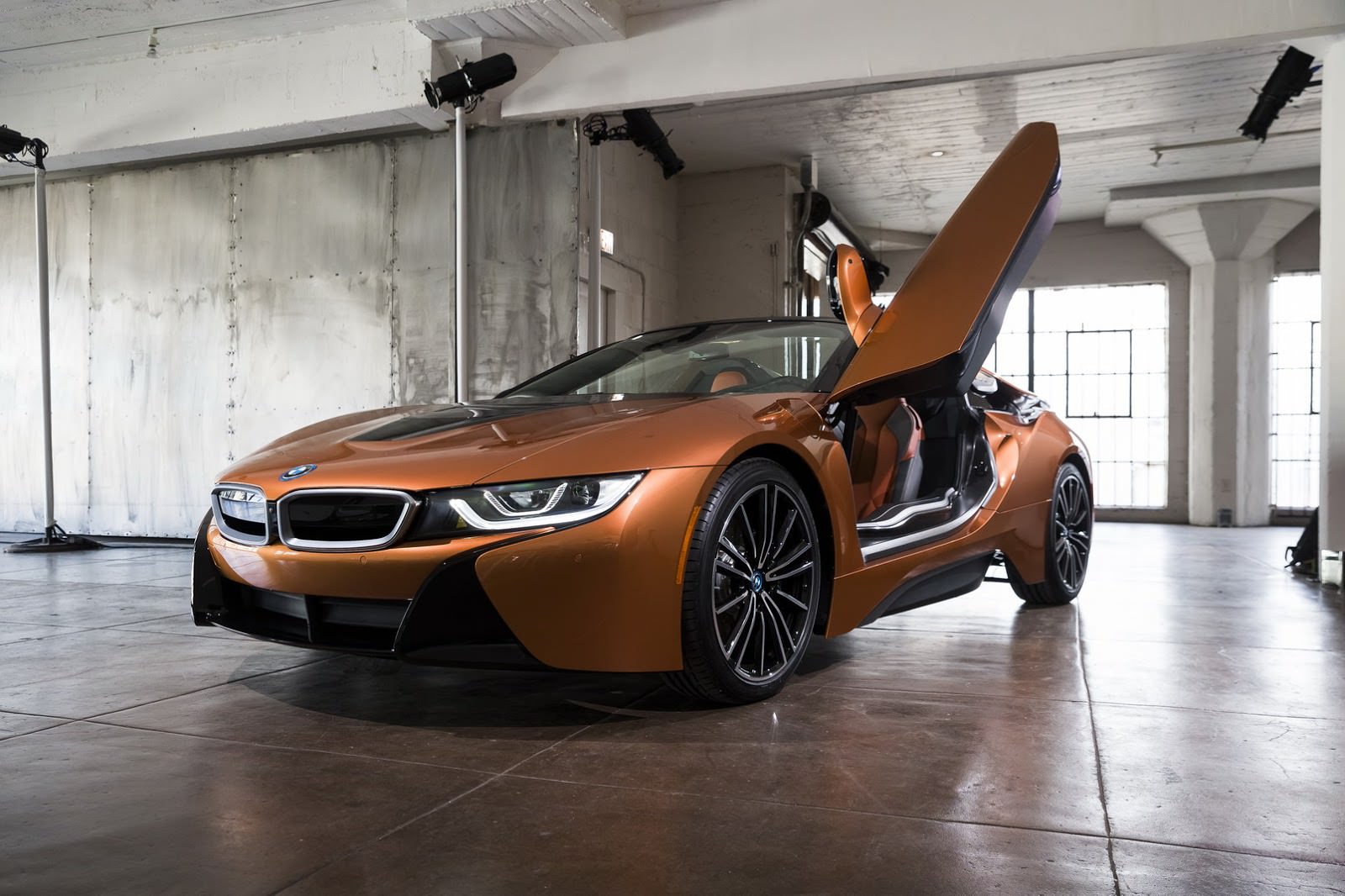 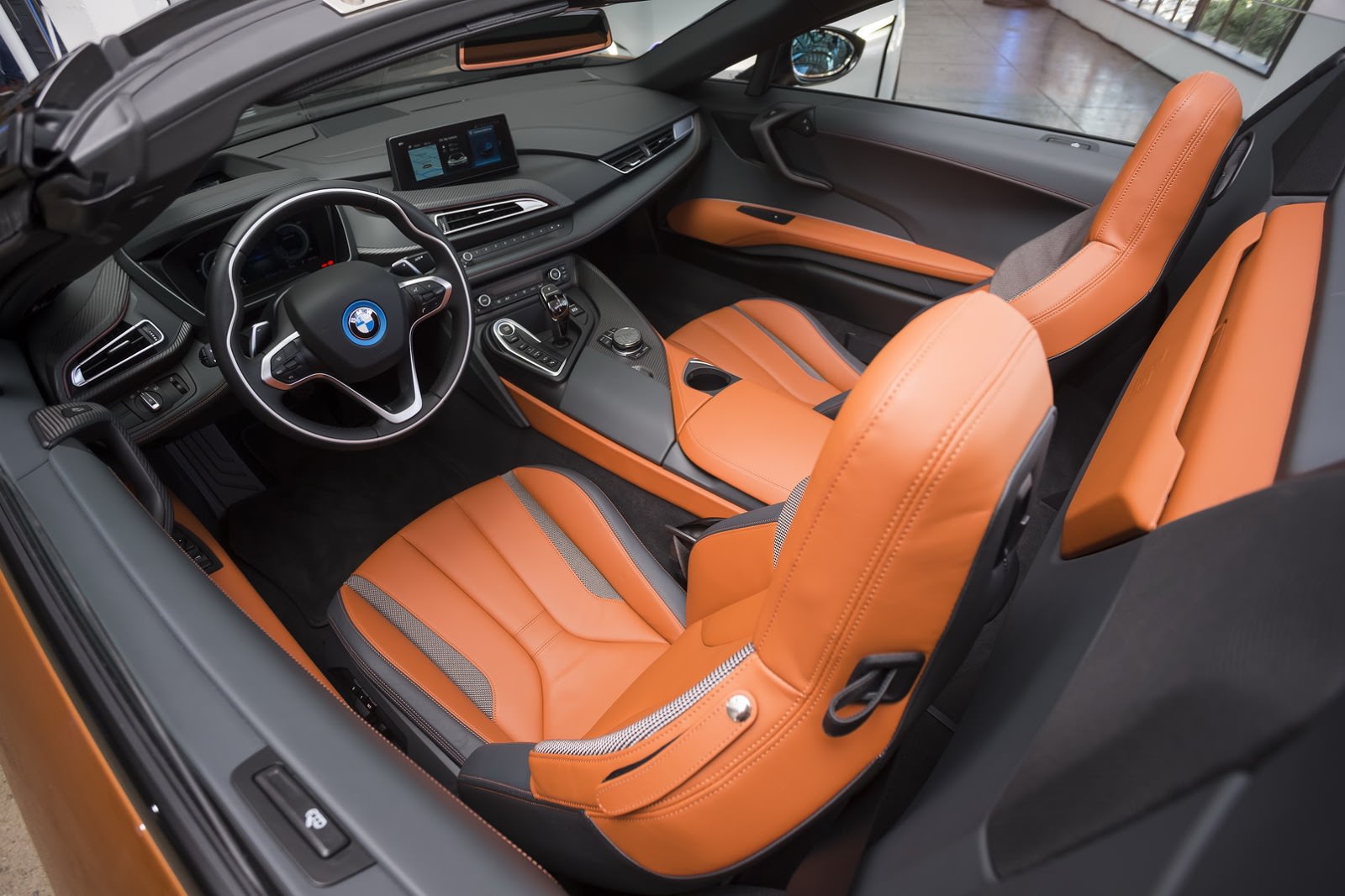 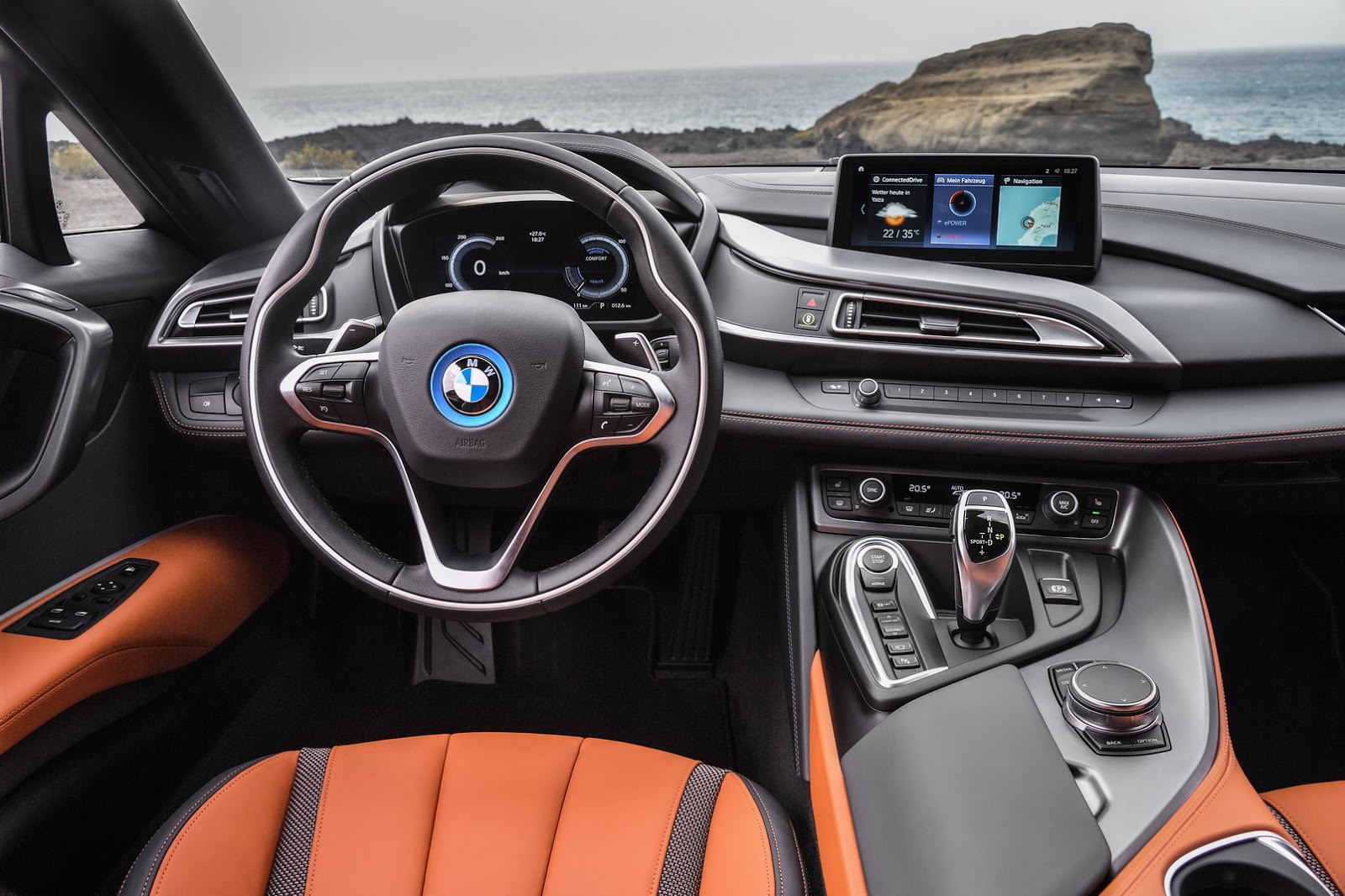 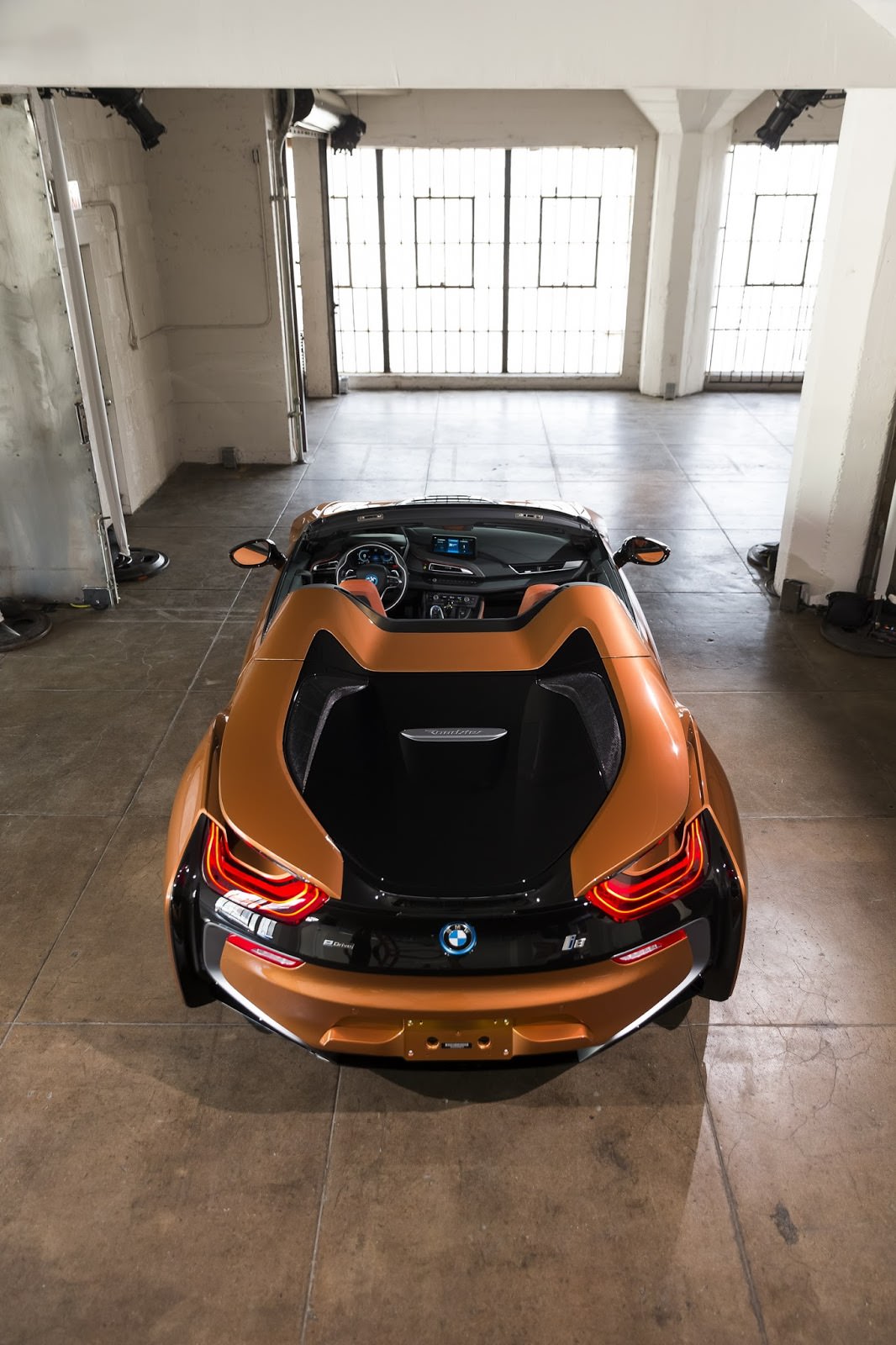 “Perhaps best of all is that you can now get the i8 with a folding soft-top. Aside from the slight performance penalty, it does mean sacrificing the rear seats, but with the inherent rigidity of the carbon cell, chopping the roof off nets only a 132-pound weight penalty for a curb weight quoted at 3,516 lbs. That roof, incidentally, can raise and lower in just 15 seconds at speeds of up to 31 mph, folding into a compact Z-shaped vertical stack,” according to Car Scoops.

Airbus Pop.Up Flying Car and 3 More Flying Cars We Could See in the Future