The Boeing AH-64 Apache is basically a twin-turboshaft attack helicopter with a tailwheel-type landing gear arrangement and a tandem cockpit for a crew of two, complete with a nose-mounted sensor suite for target acquisition and night vision systems. It comes armed with a 30 mm M230 chain gun carried between the main landing gear, under the aircraft’s forward fuselage, and four hardpoints mounted on stub-wing pylons for carrying armament and stores. Read more for a video and additional information.

With the pilot sitting behind and above the co-pilot/gunner, the AH-64 Apache really is a unique helicopter! 🤯🚁 (@a_a_ron_sixty4real)


Typical armament include AGM-114 Hellfire missiles and Hydra 70 rocket pods, all the while significant systems redundancy is maintained to improve combat survivability. Boeing’s advanced AH-64D Apache Longbow was delivered to the Army in March 1997 and production has since been continued by Boeing Defense, Space & Security, with over 2,000 AH-64s in service. 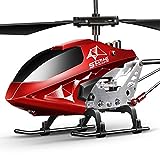 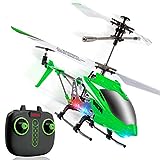