James Smart’s breathtaking “DIRT” photograph took home the grand prize in National Geographic’s 2015 Photo Contest, and was selected from over than 13,000 entries. He was gifted with $10,000 (USD), along with a trip to National Geographic headquarters in Washington, D.C., to participate in a special seminar next month. “Jaw-dropping, rare anti-cyclonic tornado tracks in open farm land narrowly missing a home near Simla, Colorado,” said Smart. Continue reading for more winners. 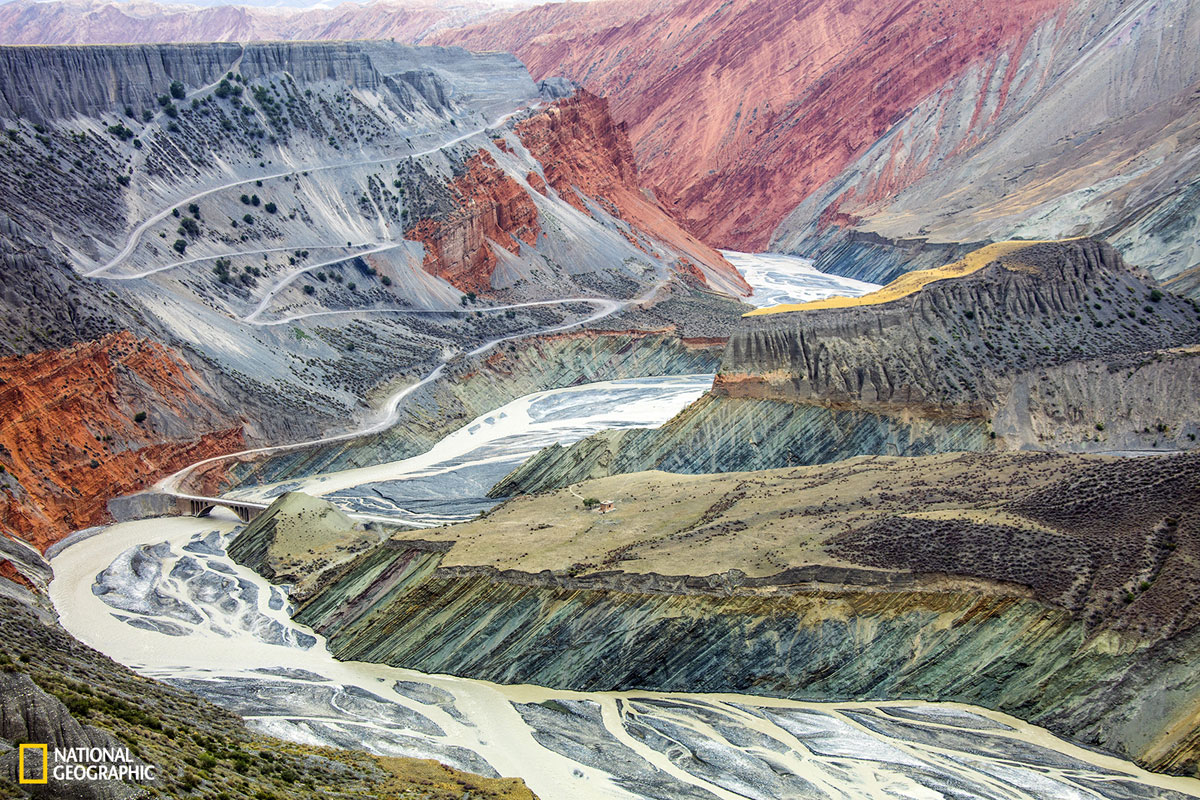 As the largest mountain ranges in Central Asia, Tian-shan (‘sky-mountain’ in Chinese), has one of the best collections of natural landscapes in the world and is seen by many as a paradise for outdoor adventures.

Thanks to the richness of sediments compounded with the power of erosion by rivers flowing down the mountains, the north face of Tian-shan is carved into stunning plateaus and colorful canyons hundreds of meters deep, resulting in this surrealist painting in nature. 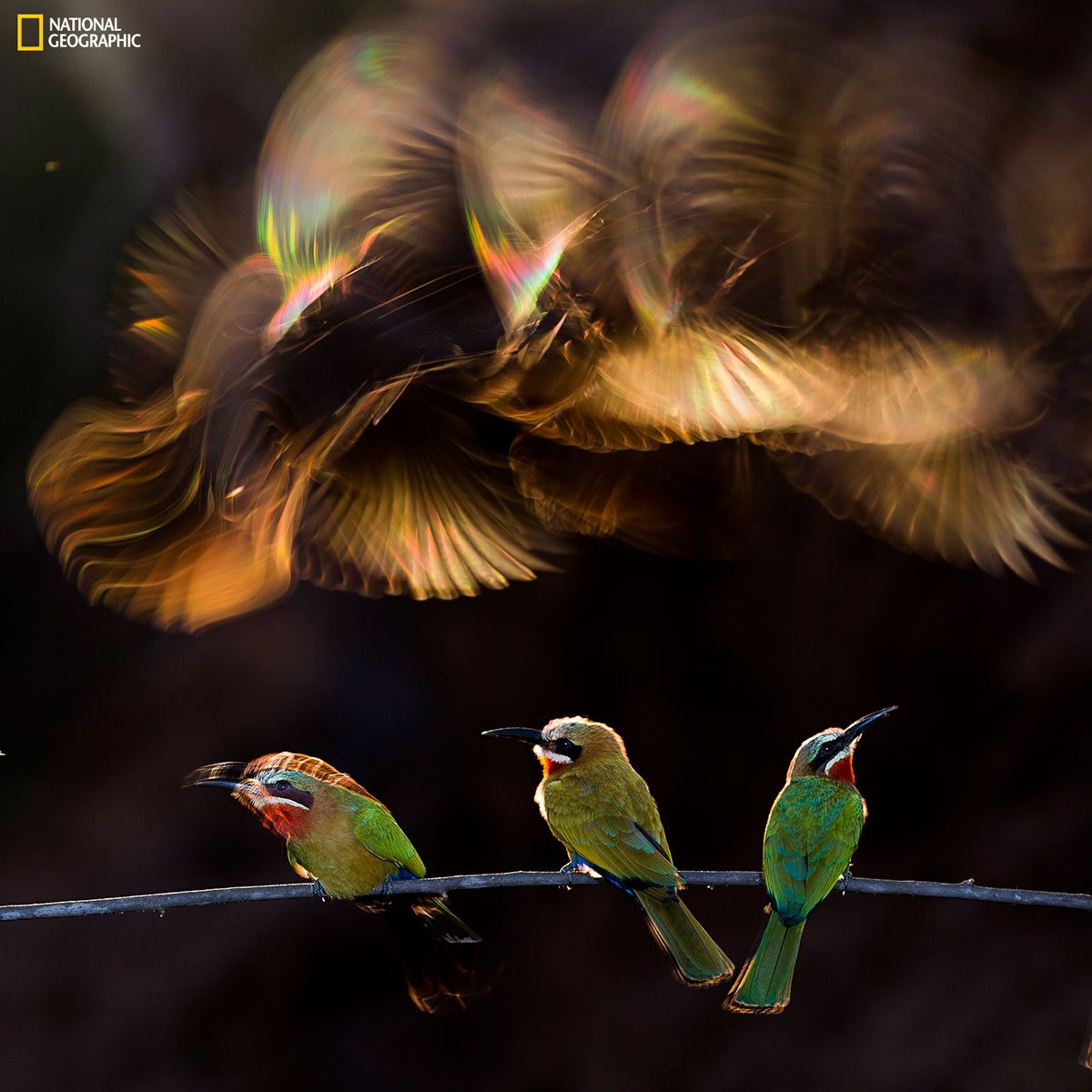 White-fronted Bee-eaters getting together on a bough before going to sleep to their burrows, scraped into a sand wall.

I was working on this theme for 18 days, as there were only 5-10 minutes a day, when the light conditions were appropriate, 90% of my trying did not succeed.

I used flash lights to light only the ones sitting on the branch, and not to the others, flying above. When in the right angle, the backlight generated rainbow colouring through the wings of the flying birds. 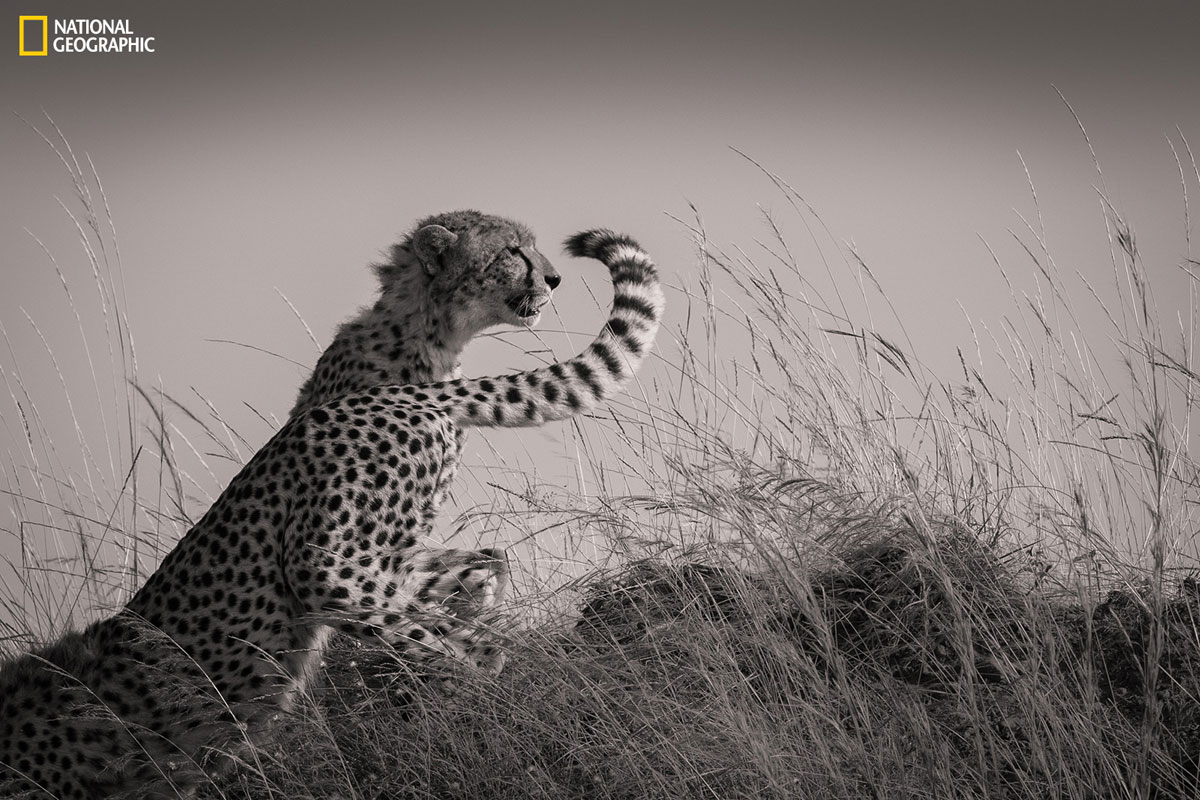 They moved from one hill to another scanning the lands. Here, they seemed to change shifts as one cheetah leaves the hill while the other takes her place. 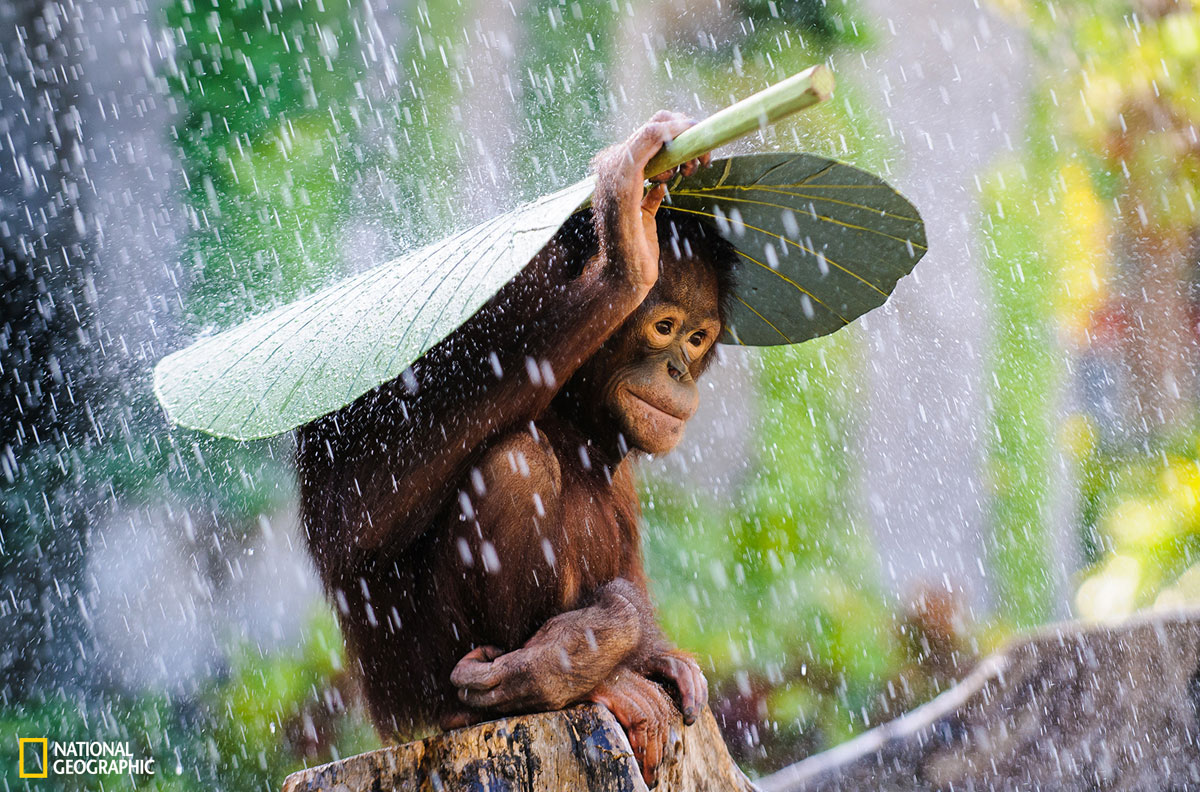 I was taking pictures of some Orangutans in Bali and then it started to rain. Just before I put my camera away, I saw this Orangutan took a taro leaf and put it on top on his head to protect himself from the rain!

I immediately used my DSLR and telephoto lens to preserve this spontaneous magic moment. 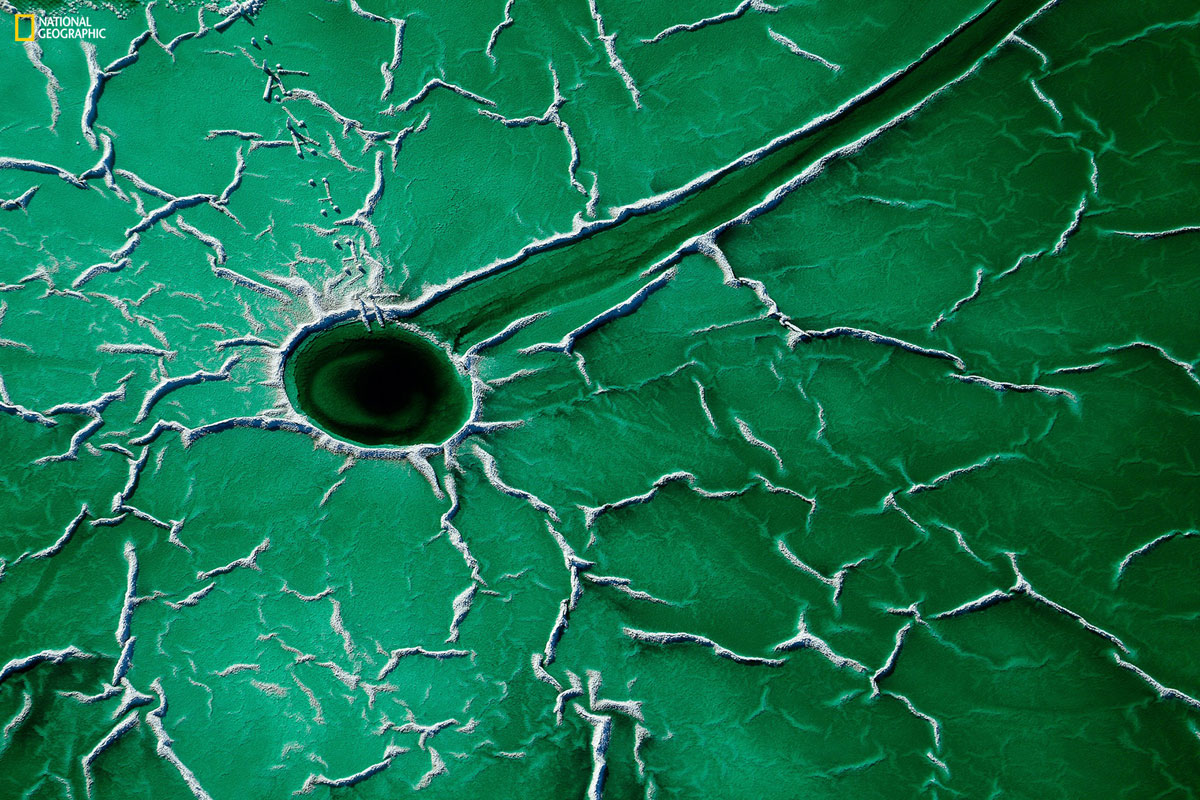 On the occasion of the preparation of a report on Riotinto from the air, I decided to include phosphogypsum ponds located in the marshes of red and whose radioactive discharges has destroyed part of the marsh.

As an environmental photojournalist had to tell this story and report it but had to do with an image that by itself attract attention of the viewer.

I discovered this on a low-flying training that caught my attention for its resemblance to the impact of an asteroid on its green waters.

View-Master Virtual Reality Turns Your Smartphone Into an Immersive 360-Degree Experience, Get One for Under $21 – Today Only