Six Flags New Orleans is essentially a massive 140-acre, abandoned theme park in New Orleans, Louisiana that has been closed since Hurricane Katrina struck the state in August 2005. Currently, this park is owned by the Industrial Development Board (IDB) of New Orleans. Despite various announced plans to redevelop the site, all attractions are still in extremely poor condition. Even though the site has 24-hour security, urban explorers have still made their way inside. Continue reading for five more cool facts. Click here for a few bonus images. 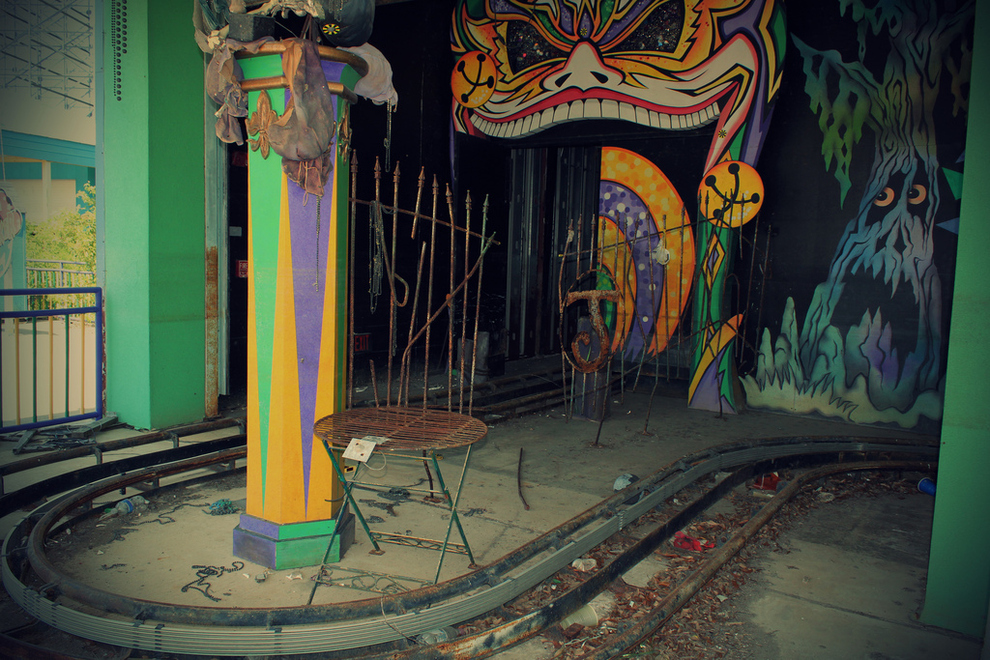 The park opened under the name Jazzland in 2000. It was operated by Alfa Smartparks (later Odgen Entertainment and now known as Palace Entertainment), but owned by a Spanish company called Parques Reunidos. Rides included the Mega Zeph, a wooden roller coaster track built on a steel frame to prevent termite infestation and withstand hurricane-force winds. The Mega Zeph was inspired by the old Zephyr roller coaster at the closed Pontchartrain Beach Amusement Park that was located next to Lake Pontchartrain by the University of New Orleans. 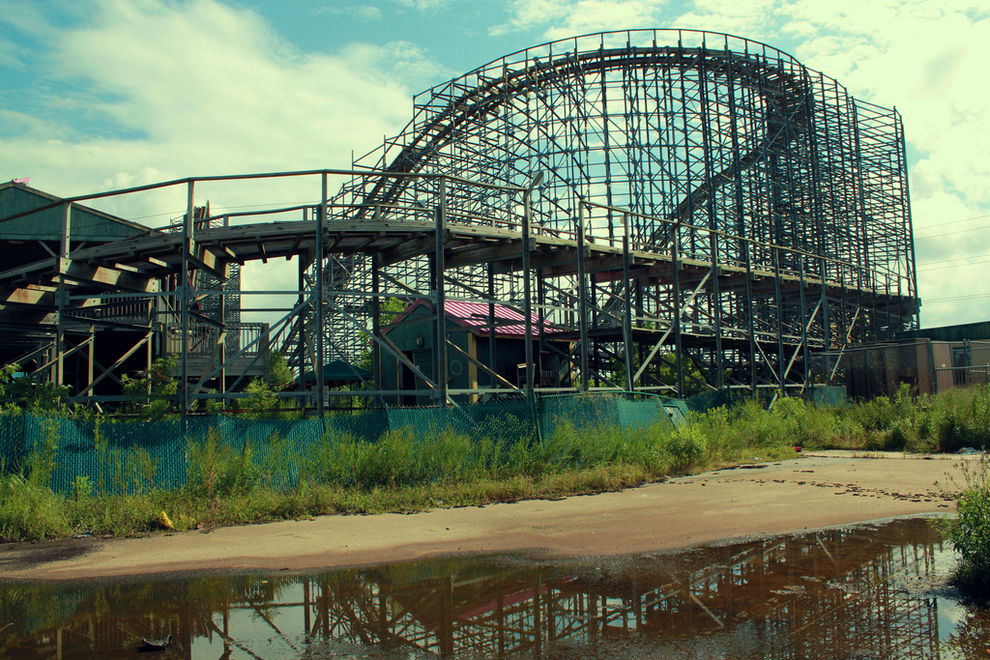 3. Could Reopen as New Jazzland 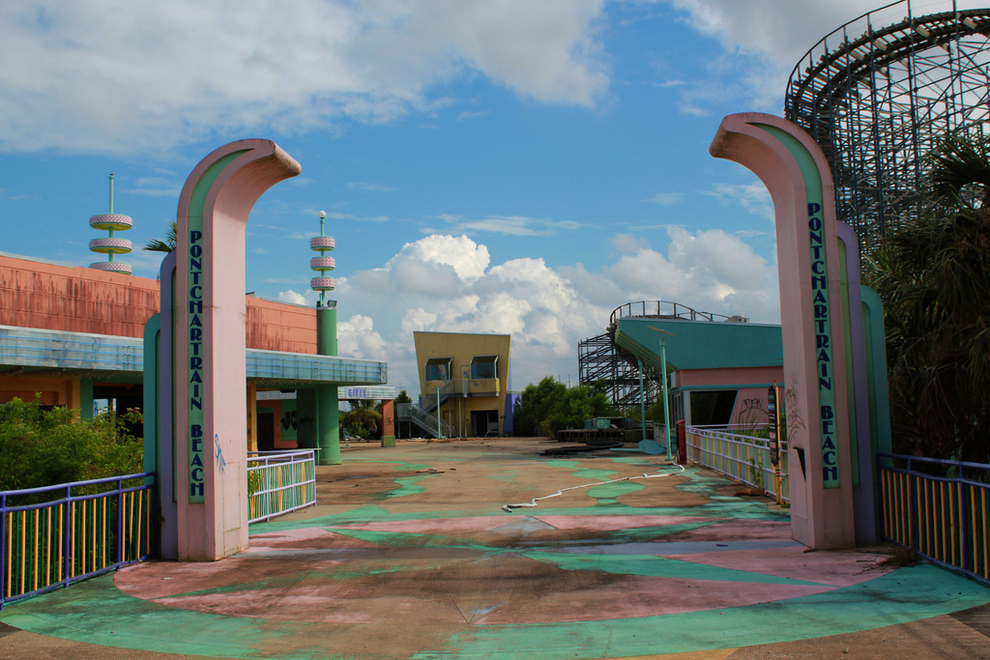 In 2014, a local small company from Baton Rouge, Louisiana claimed that Jazzland would likely be redeveloped into a theme park by 2018. The area is supposed to have a few sections, including: Main Street square, a concert area, Pontchartrain Beach, Mardi Gras, kids’ carnival, and Cajun country. Rides will include a wild mouse, a renovated Jester, a new and renovated Mega Zeph, new bumper cars, and maybe a new pirate ship. Also the sky coaster supports will be used as shade cover supports for the showboat show. 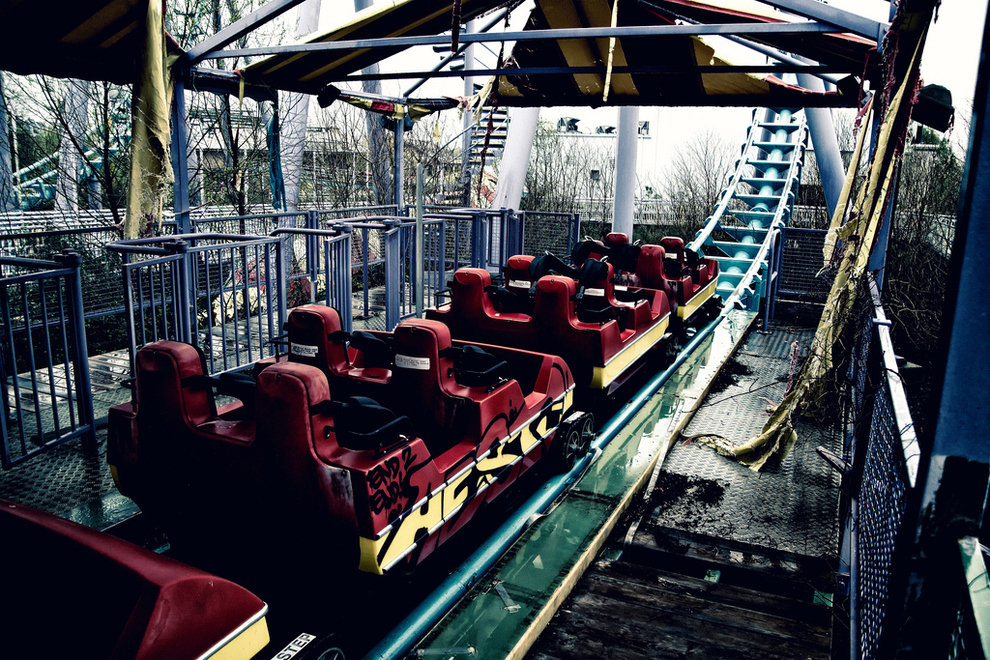 Batman: The Ride (Bolliger & Mabillard steel inverted) – Dismantled in 2007 and relocated to Six Flags Fiesta Texas, refurbished, and renamed as Goliath. It was reopened on April 18, 2008. 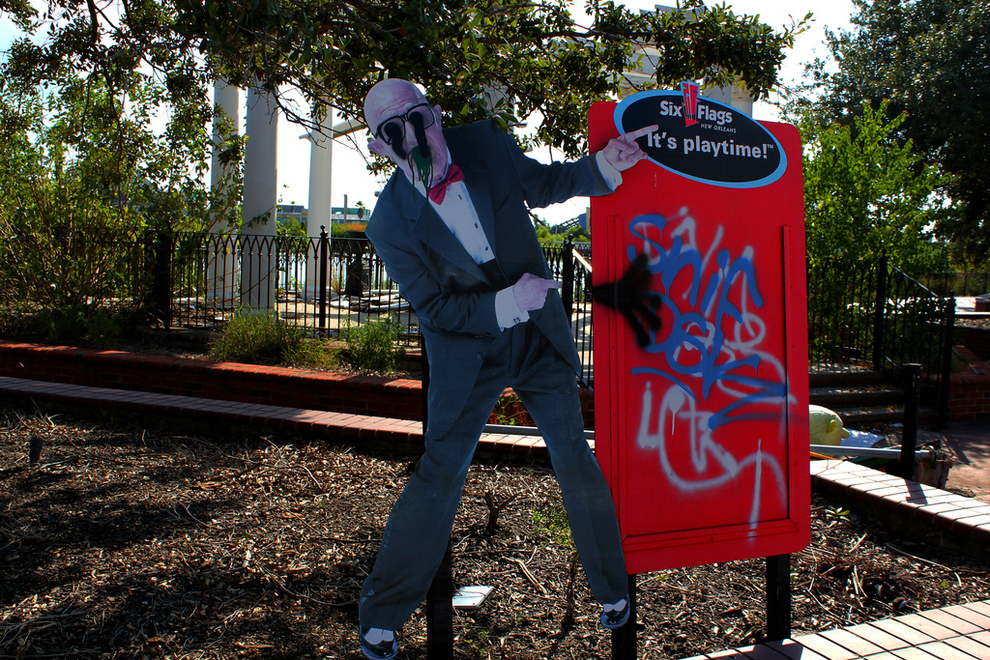 Initial damage reports by Six Flags inspectors stated that the park buildings were 80% demolished, all of the flat rides (except for one which was being serviced off-site at the time of the storm) were effectively destroyed by long term salt-water immersion and both the wooden track and steel superstructure of the Mega Zeph were likely damaged beyond repair.