A geep is basically the hybrid offspring of a sheep and a goat. Although sheep and goats seem similar and can be mated, they belong to different genera in the subfamily Caprinae of the family Bovidae. Despite widespread shared pasturing of goats and sheep, hybrids are very rare, indicating the genetic distance between the two species. On Sunday, July 27, 2014, a geep named Butterfly was born at My Petting Zoo in Scottsdale, AZ. Continue reading for more pictures, another video and additional information. 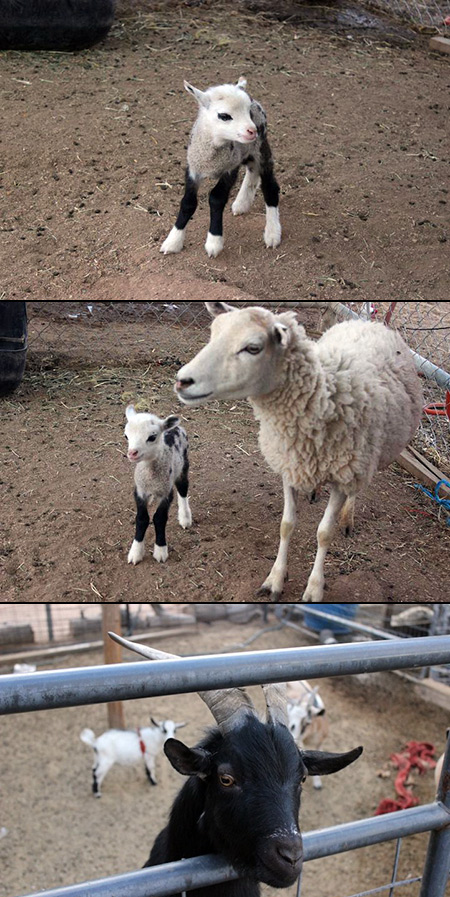 According to My Modern Met, “The owner of My Petting Zoo, she was caught off guard by Butterfly’s arrival. This wasn’t necessarily due to the unique breed, but because Motola didn’t even know Momma was pregnant. The birth was a complete surprise, as was the cross-species romance. But since then, this geep has stolen the hearts of people around the world.”