Caltech’s Wei Gao developed an electronic skin that can be applied directly on top of your real skin. It’s made from soft, flexible rubber, and can be embedded with sensors that monitor information like heart rate, body temperature, levels of blood sugar and metabolic byproducts. Best of all, no battery is required, as it runs solely on biofuel cells powered by sweat. Read more for additional information. 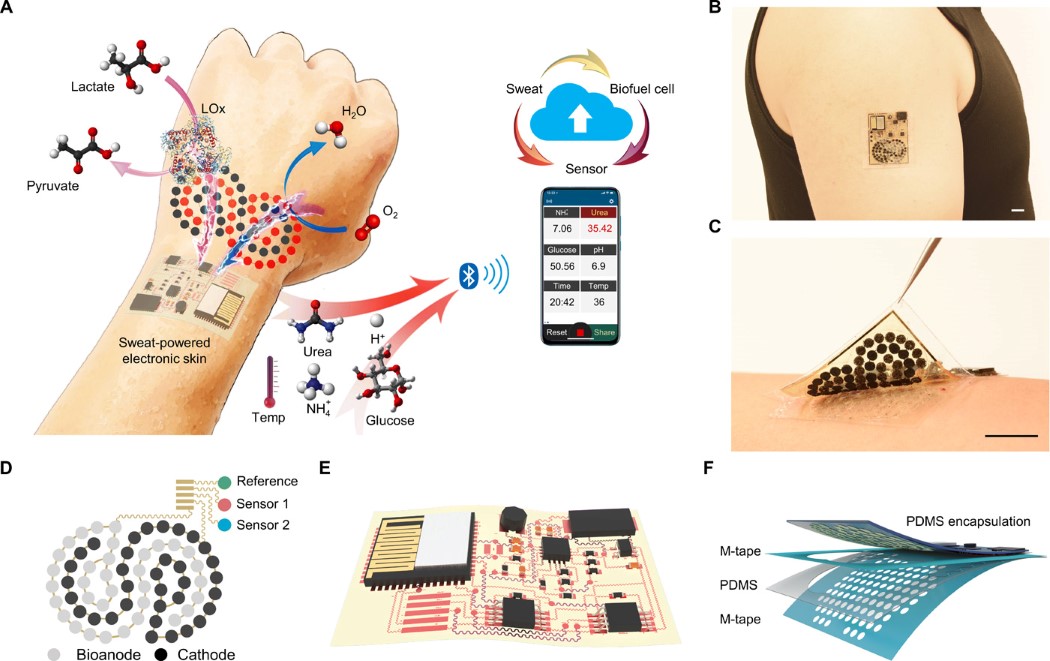 Human sweat contains very high levels of the chemical lactate, a compound generated as a by-product of normal metabolic processes, and the fuel cells built into the e-skin absorb that lactate and combine it with oxygen from the atmosphere. This generates water and pyruvate, another by-product of metabolism. Biofuel cells generate enough electricity to power sensors and a Bluetooth device similar to the one that connects your phone to your car stereo, allowing the e-skin to transmit readings from its sensors wirelessly, as they operate.

One of the major challenges with these kinds of wearable devices is on the power side. Many people are using batteries, but that’s not very sustainable. Some people have tried using solar cells or harvesting the power of human motion, but we wanted to know, ‘Can we get sufficient energy from sweat to power the wearables?’ and the answer is yes,” said Wei Gao, assistant professor in the Andrew and Peggy Cherng department of Medical Engineering.