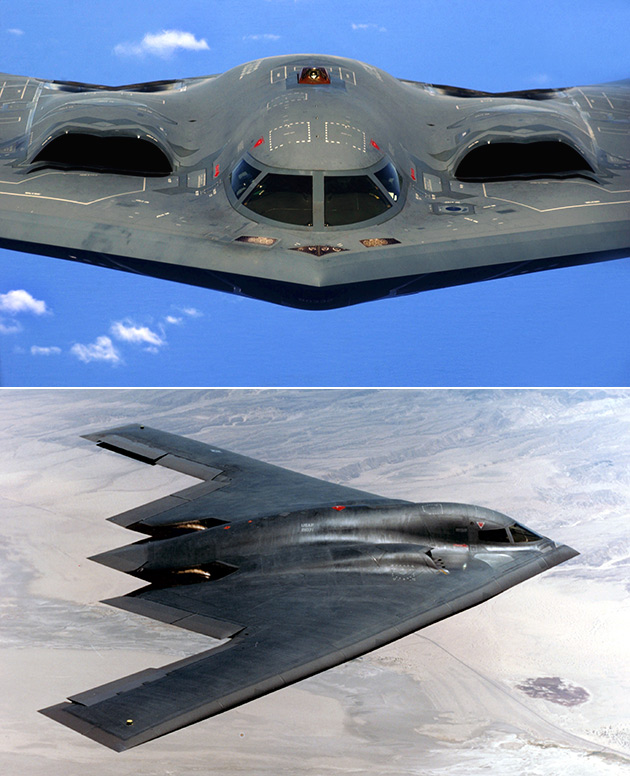 Northrop Grumman’s B-2 Spirit, also known as the Stealth Bomber, features low observable stealth technology designed for penetrating dense anti-aircraft defenses; it is a flying wing design with a crew of two. The bomber can deploy both conventional and thermonuclear weapons, such as eighty 500 lb (230 kg)-class (Mk 82) JDAM Global Positioning System-guided bombs, or sixteen 2,400 lb (1,100 kg) B83 nuclear bombs. Continue reading for more interesting facts about the B-2 Spirit stealth bomber. Click here for a few bonus images. 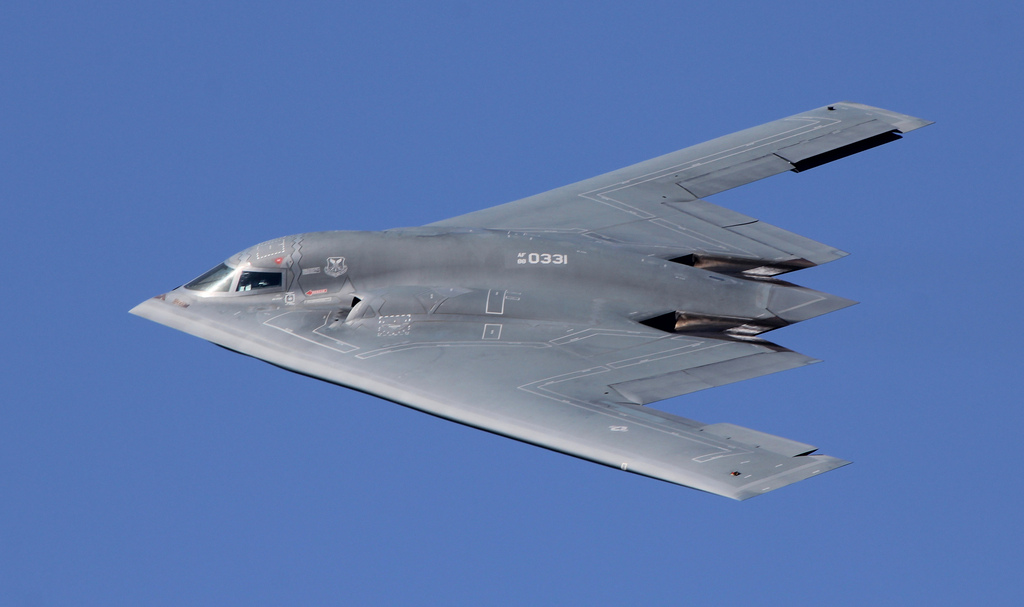 Development originally started under the “Advanced Technology Bomber” (ATB) project during the Carter administration; its expected performance was one of his reasons for the cancellation of the supersonic B-1A bomber. The ATB project continued during the Reagan administration, but worries about delays in its introduction led to the reinstatement of the B-1 program as well. 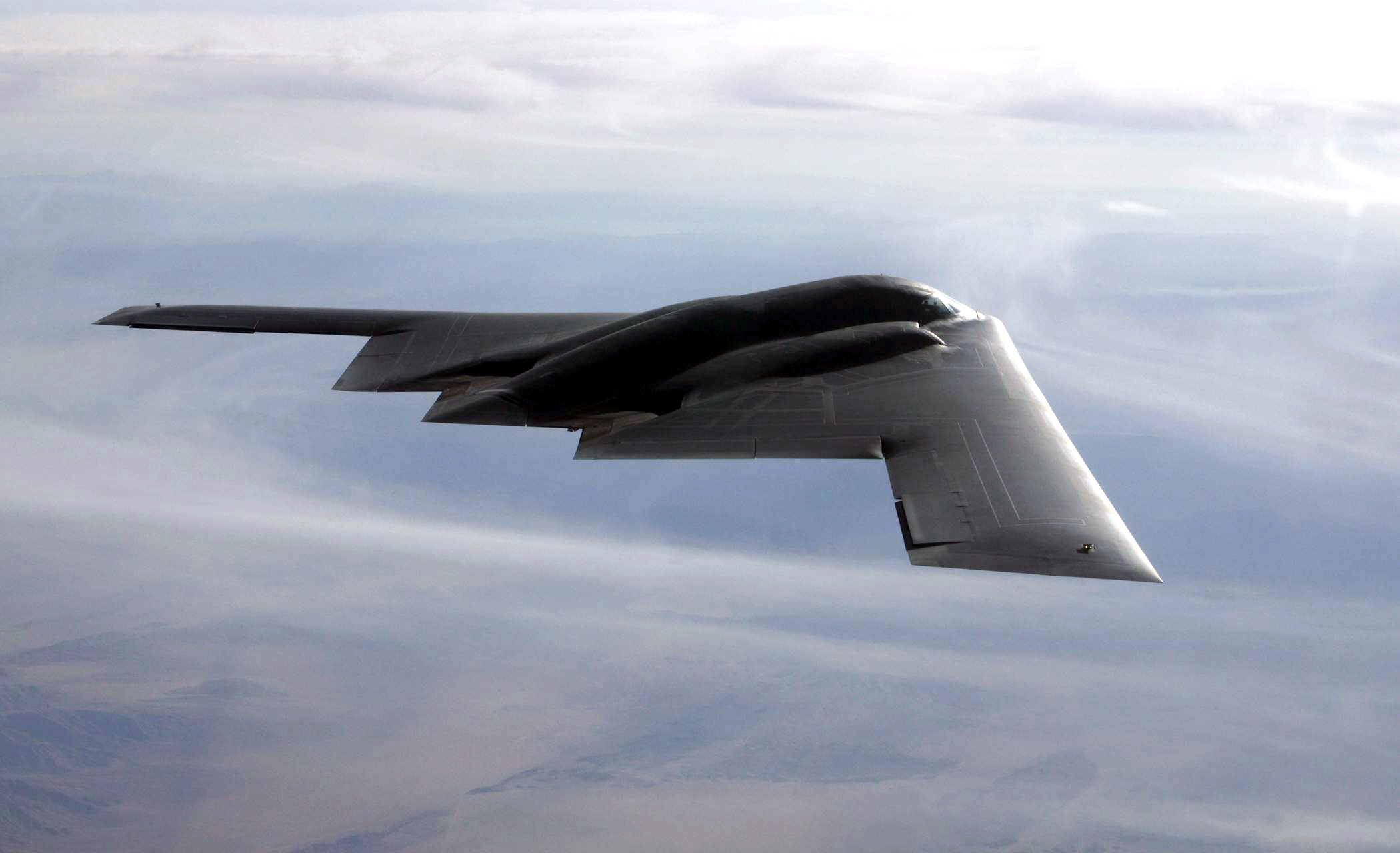 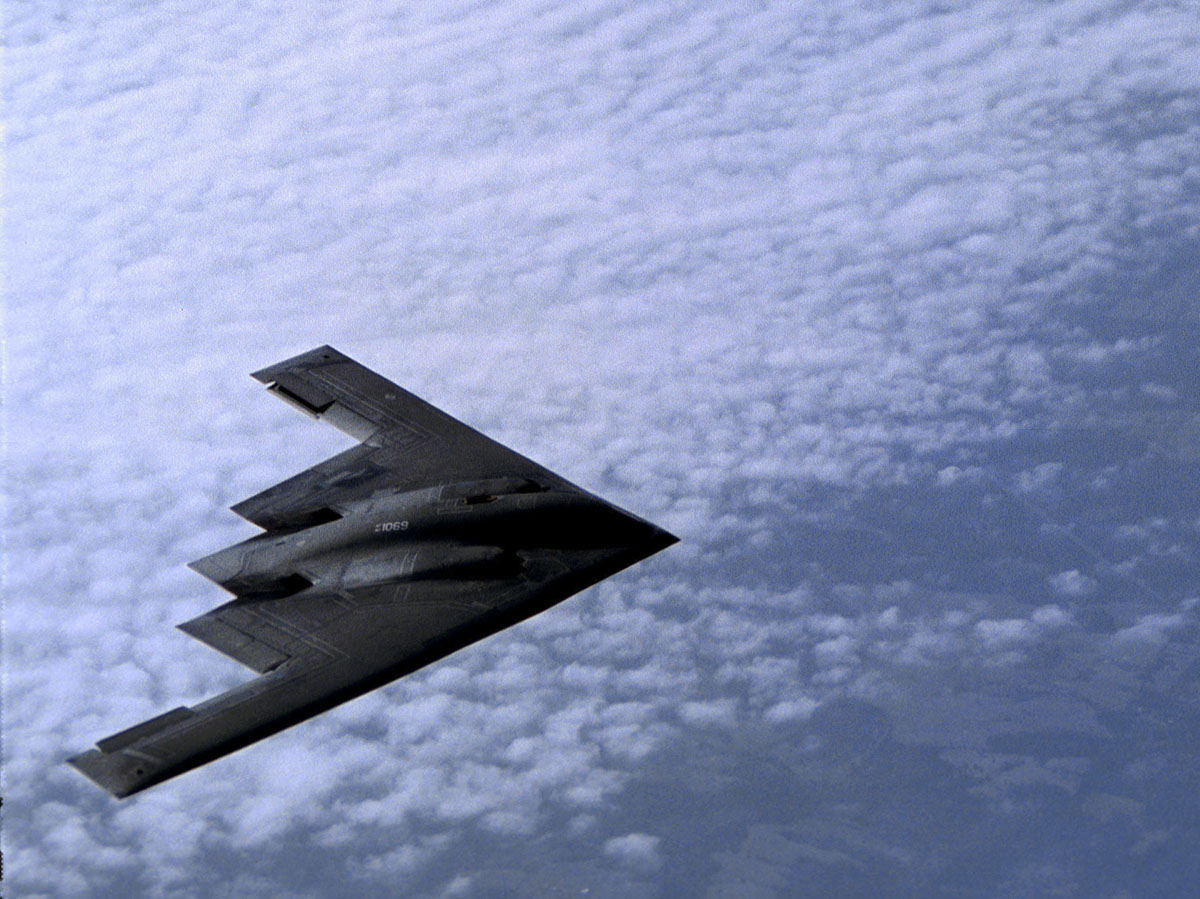 It entered service in 1997 as the second aircraft designed to have advanced stealth technology after the Lockheed F-117 Nighthawk attack aircraft. Though designed originally as primarily a nuclear bomber, the B-2 was first used in combat, dropping conventional, non-nuclear ordnance in the Kosovo War in 1999.

For the manufacturing, a former Ford automobile assembly plant in Pico Rivera, California, was acquired and heavily rebuilt; the plant’s employees were sworn to complete secrecy regarding their work. To avoid the possibility of suspicion, components were typically purchased through front companies, military officials would visit out of uniform, and staff members were routinely subjected to polygraph examinations.

In 1984, a Northrop employee, Thomas Cavanaugh was arrested for attempting to sell classified information to the Soviet Union; the information was taken from Northrop’s Pico Rivera, California factory.[26] Cavanaugh was eventually sentenced to life in prison and released on parole in 2001.