Do you already have a Canon EOS R5 and want to take the camera to a whole new level? Then pick up the RF5.2mm F2.8 L Dual Fisheye lens. When paired with the R5, you’ll be able to capture stereoscopic 3D virtual reality in 8K as part of the EOS VR System. For the ultimate experience viewing captured content by this system, you’ll want a compatible VR headset, like the Oculus Quest 2, enabling the viewer to immerse themselves in the content by simply moving their head. Read more for two videos, additional pictures and information.

Priced at $1999 USD, it contains two lenses, with each being a 5.2mm f/2.8L lens sporting 10 elements in 12 groups. These lenses both have a 190° field of view in both the X and Y axes, while being slightly apart from each other to provide a stereoscopic view of the world in front of us. It may be used on other cameras, but Canon says it’s designed specially for the EOS R5 as part of the “EOS VR System,” and a future firmware update for the camera will enable VR shooting. Expect it to hit stores in December 2021, alongside the EOS VR software solutions. 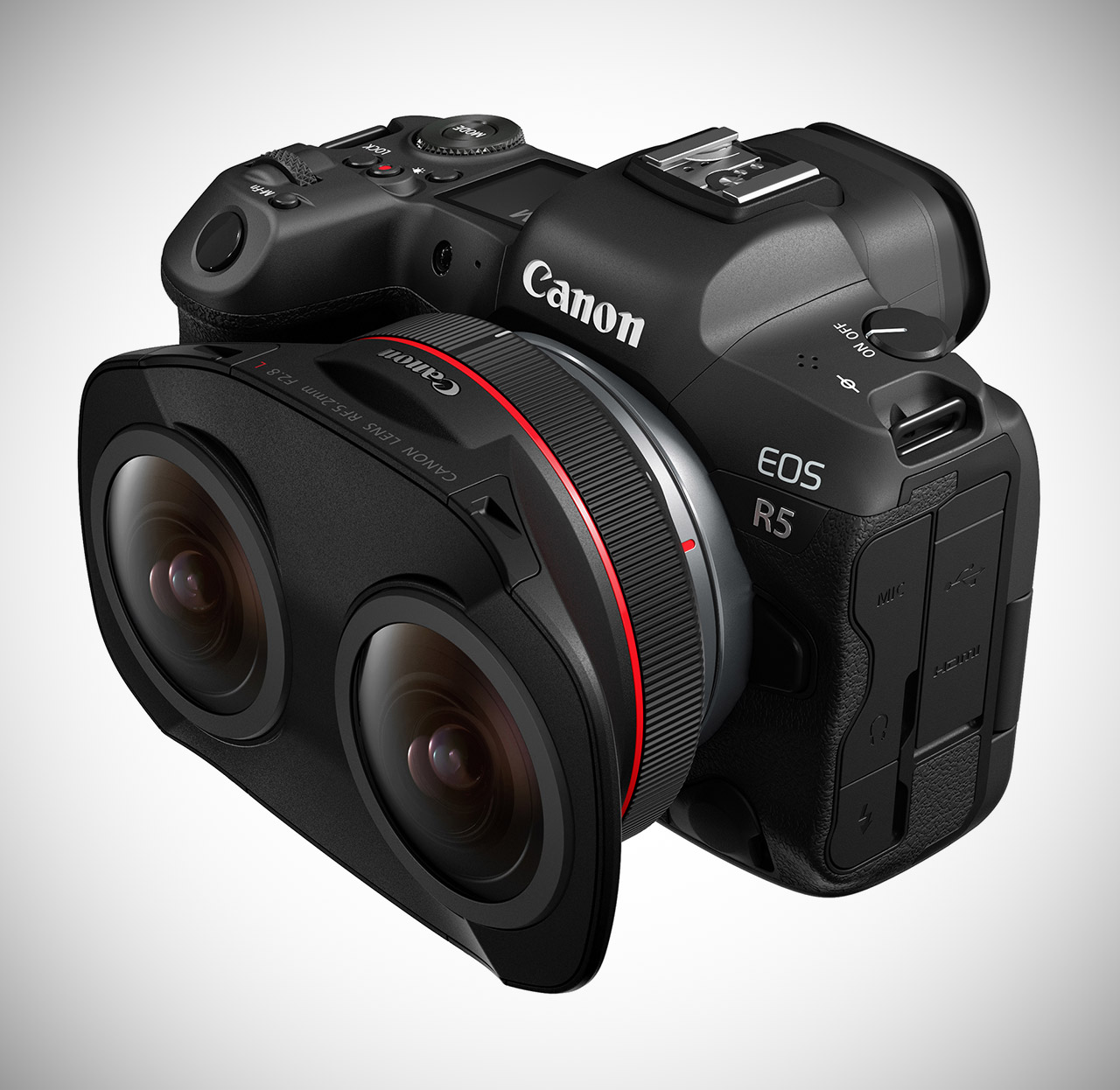 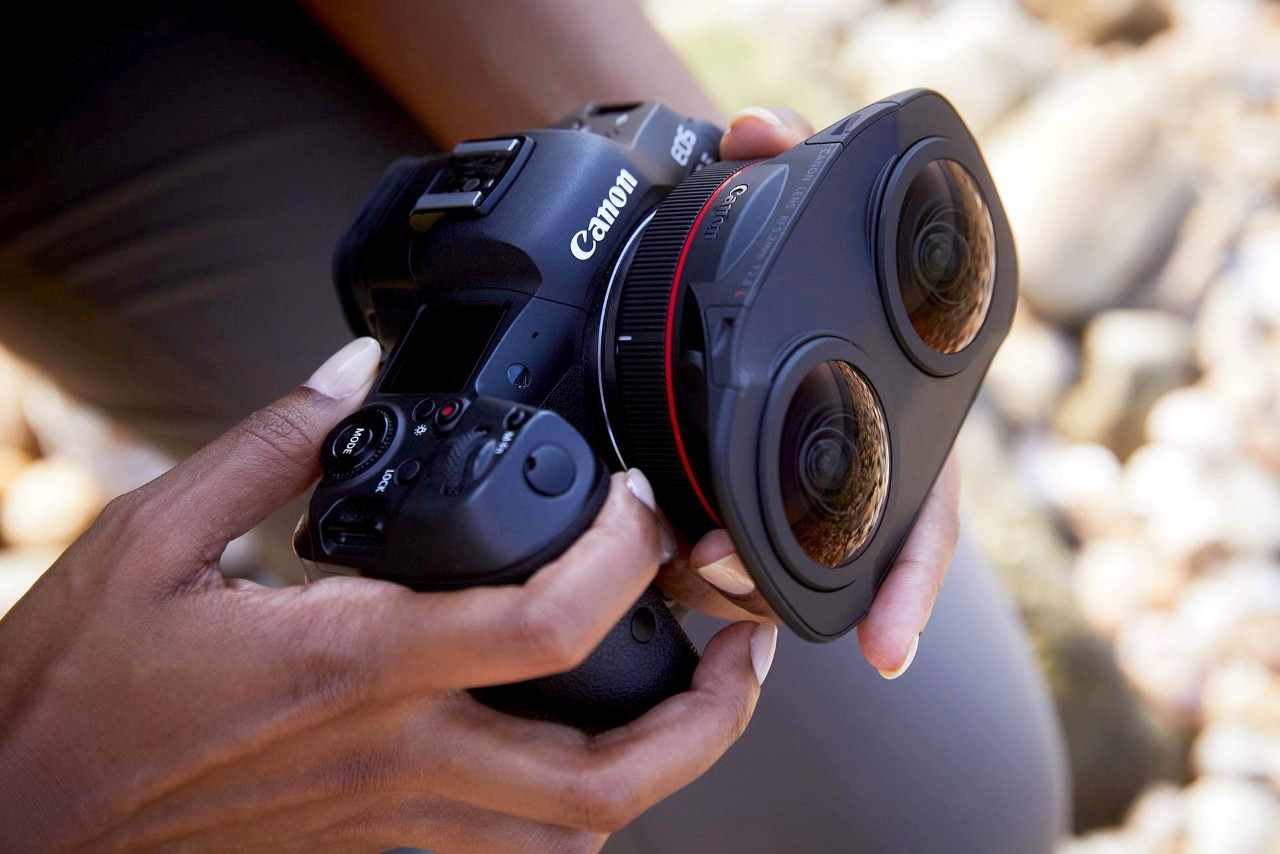 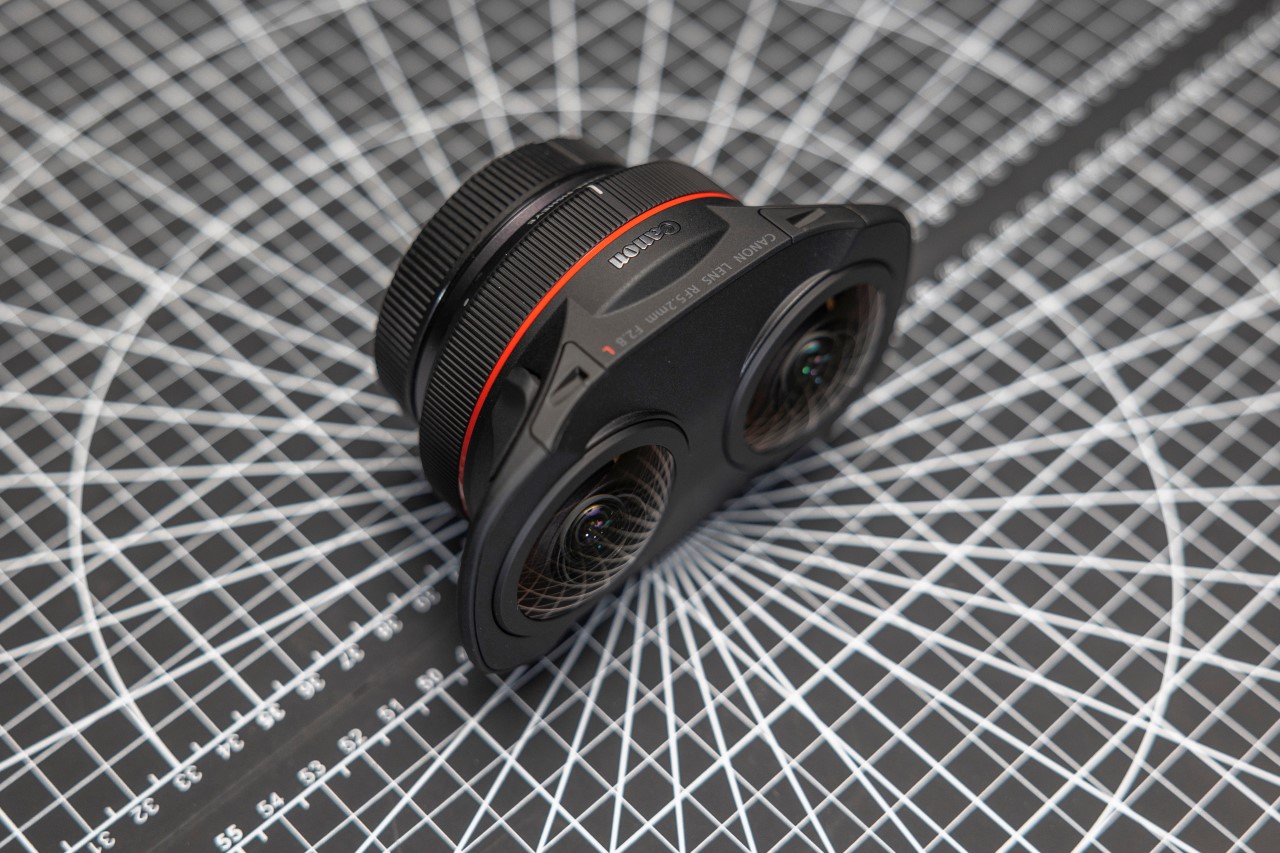 At Canon, we innovate so creators can push artistic boundaries, and this commitment to innovation is what led us to introduce the new RF5.2mm F2.8 L Dual Fisheye lens. As Canon’s first entry into the world of virtual reality image capture, the EOS VR System represents an important milestone in our company’s rich history as a lens manufacturer and welcomes a bright future for VR content creation. This new RF lens produces a stunning 8K virtual reality image and sets itself apart through its simplified workflow. Our goal is to make immersive storytelling more accessible for all,” said Tatsuro ‘Tony’ Kano, executive vice president and general manager of Canon U.S.A.’s Imaging Technologies & Communications Group.