Photo credit: Mohtashami Reza
Sure, there’s James Bond, but this franchise’s novels and films are probably most notable for their despicable villains as well as henchmen. Whether it be Le Chiffre’s encounter with Bond in the original Casino Royale novel in 1953 to Raoul Silva’s scheme to exact revenge on M in Skyfall, his enemies have greatly contributed to the series’ continued popularity. Read more for additional pictures of the “Concrete House”, which is built into the side of a volcano. 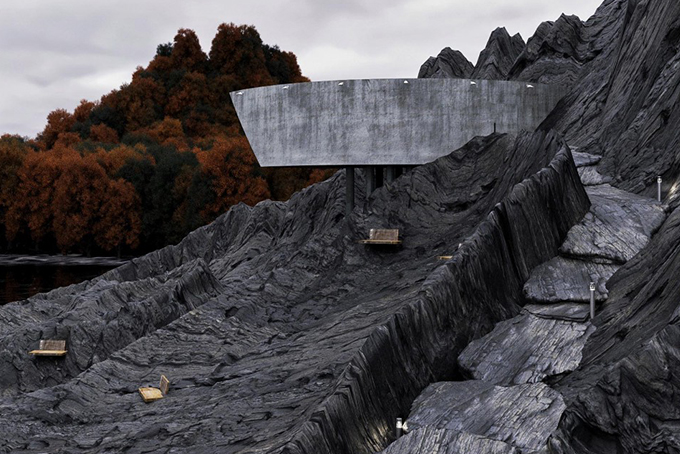 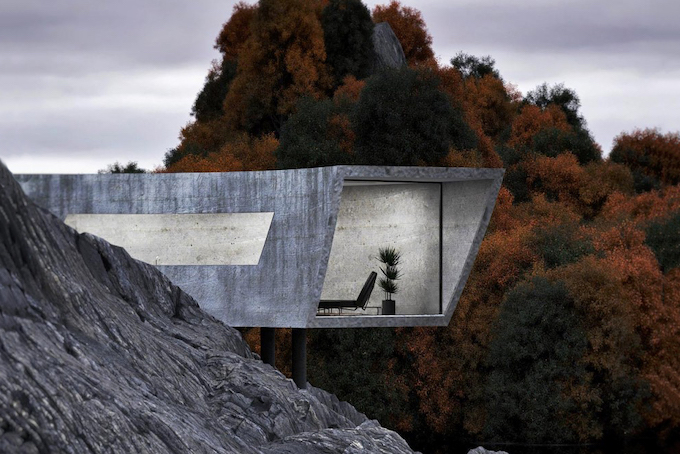 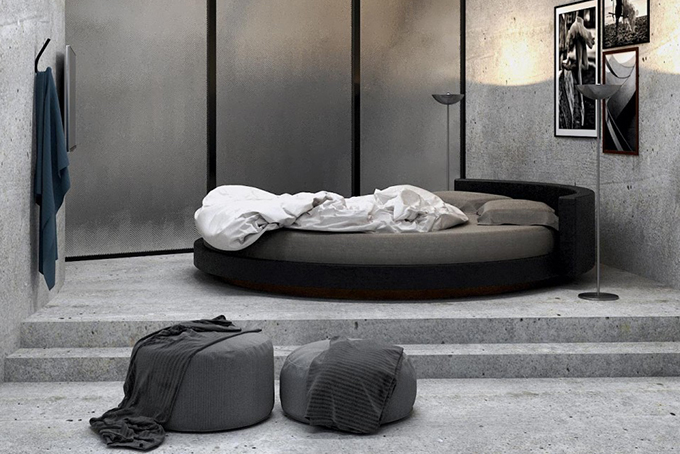 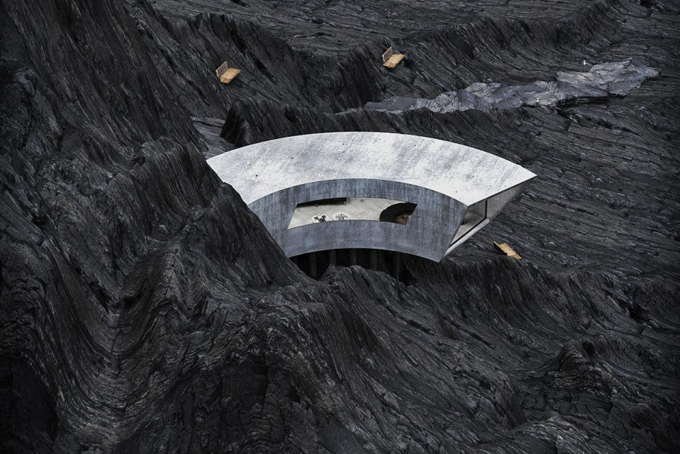 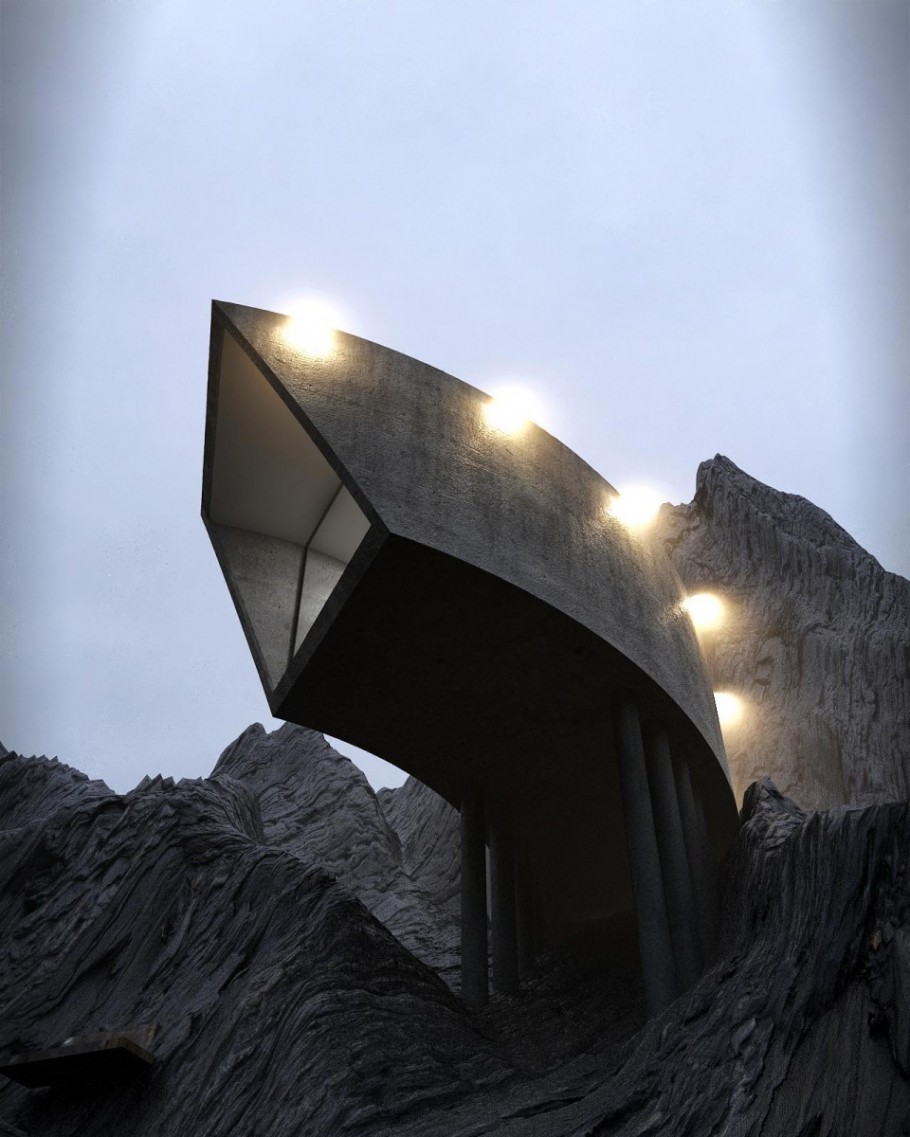 Designed by Mohtashami Reza, he touts this home for its combination of building and rock, the latter of which rotates into the lake and the forest for an extended feeling of relaxation. Inside, you’ll find a floor-to-ceiling window and three different living areas: a main room, kitchenette of sorts, and a raised bedroom. Industrial lighting keep the home illuminated at night and give it a more sleek feel.

This idea of a habitat within nature not only harms the environment but can also be used as a religious place. Of course, to attract tourists using the seats on the cliffs overlooking the lake directly. And the forest environment can be a good feeling for people,” said its designer Mohtashami Reza.