This is what happens when you refuse to sell your home to the Chinese government. That’s right, Luo Baogen and his wife refused the government’s offer to buy their home, because they thought the offer was too low. So, they decided to continue living in the empty building even after their neighbors moved away. Continue reading for a video, more pictures, and additional information.

To ensure the structural integrity of the building, adjacent rooms in the building have been left intact. During most of the Communist era, private ownership of property was abolished, so it was easy to relocate people, but nowadays the new laws make it illegal to demolish a building until an agreement is reached with all its owners.

Although the five-storey structure was affected by all the heavy machinery operating in the area during the construction of the motorway, the old Chinese couple have no intention of moving away. Luckily for them, traffic is pretty light, because the new road has not yet been officially opened, but once that happens, the noise alone will probably be too hard to bare, not to mention the danger of crossing the street. 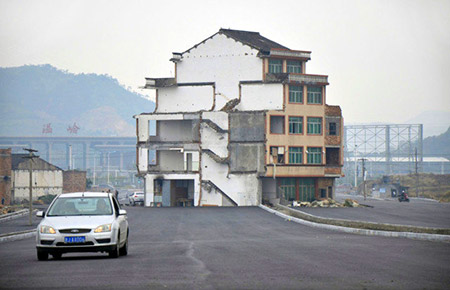 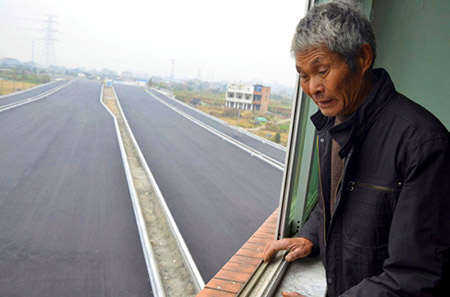 This is the Smallest Fish Aquarium in the World

Only Geeks Would Say This About a Huge Atomic Bomb Explosion