The Dark Energy Camera at NSF’s NOIRLab in Chile has captured interacting galaxies NGC 1512 and NGC 1510 in a galactic ballet of sorts. We see NGC 1512’s outer tendrils appearing to stretch out and encompass its small companion, while a starry stream of light bridges the two, providing evidence of the gravitational interaction between them for at least 400 million years.

Due to NGC 1512 and NGC 1510’s gravitational interaction, the rate of star formation in both galaxies have been affected as well as distorting their shapes. In the end, NGC 1512 and NGC 1510 will eventually merge into one larger galaxy. Both of them lie in the direction of the constellation of Horologium, approximately around 60 million light-years from Earth. In related news, this ghostly face was caused by two galaxies colliding. 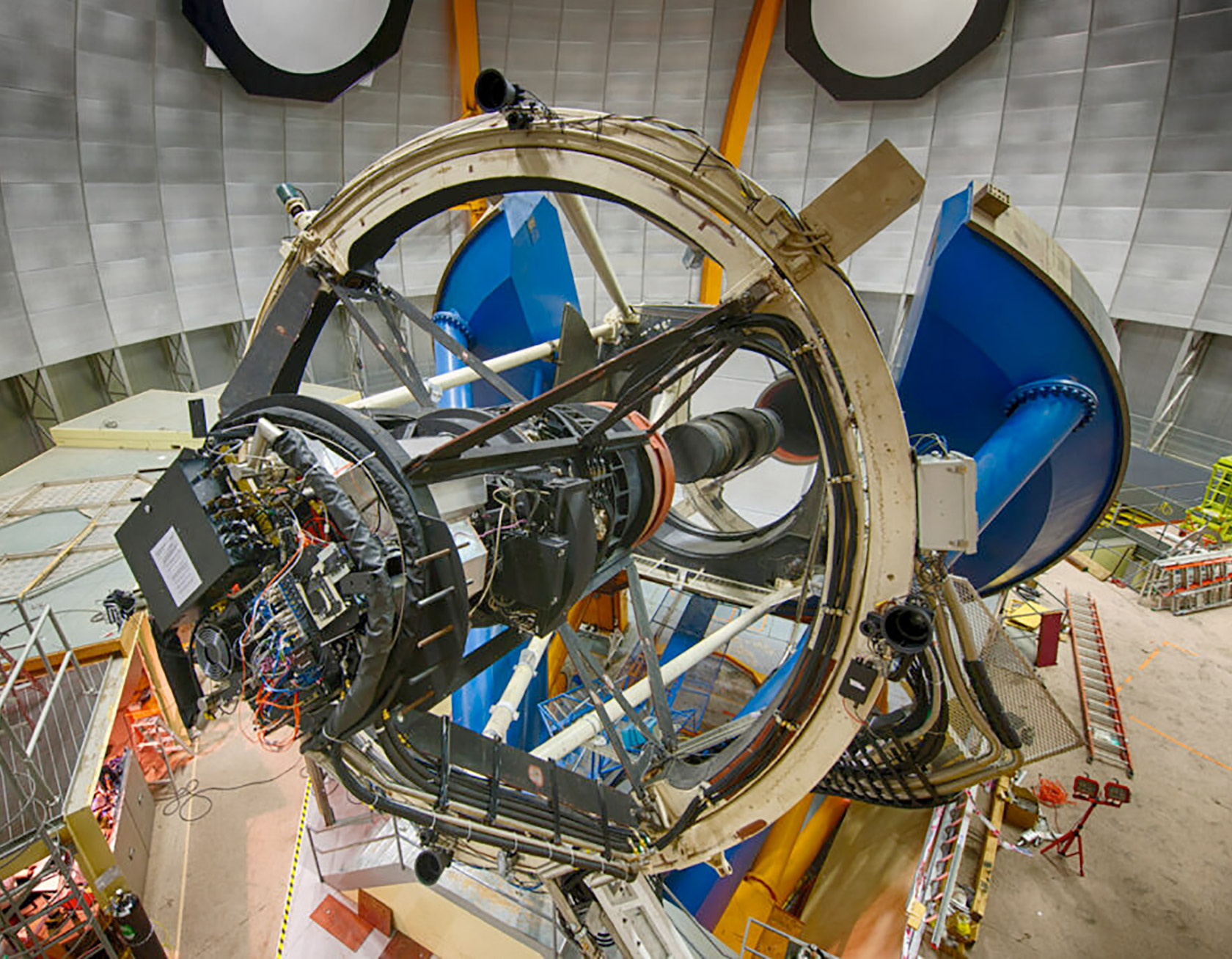 DECam was created to conduct the Dark Energy Survey (DES), a six-year observing campaign (from 2013 to 2019) involving over 400 scientists from 25 institutions in seven countries. This international collaborative effort set out to map hundreds of millions of galaxies, detect thousands of supernovae, and discover delicate patterns of cosmic structure — all to provide much-needed details of the mysterious dark energy that is accelerating the expansion of the Universe,” said the NOIRLab in Chile.