Photo credit: Abramjee
No, this isn’t a scene from an upcoming Hollywood movie, but an actual cash-in-transit robbery that took place on the N4 in Pretoria, South Africa. The biggest takeaway is that not only do these vehicles need bulletproof windows, but insanely good driving skills as well as nerves of steel, to survive such a raid. The two guards were driving normally on the road when armed robbers opened fire on their cruiser using an assault rifle that was aimed directly at the driver.

The extremely high-grade bulletproof windows were able to stop these high-powered rounds and the driver of the vehicle knew exactly how to handle this situation since he used to be on the police task force. For those wondering what happened at the very end of the video, the robbers simply ran off when the driver came out of the Landcruise with guns blazing, leaving empty handed. 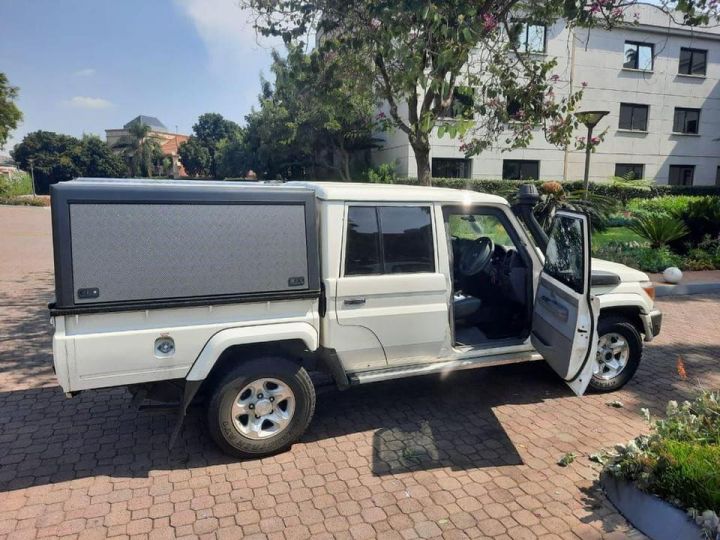 On Thursday, 22 April, a group of men tried to rob a CIT vehicle on the N4 in Pretoria. The suspects fired several shots at the CIT vehicle in an attempt to stop it during a high speed chase. The driver of the CIT vehicle managed to evade the robbers for a while but later stopped in wait for the robbers. The robbers fled without taking any money. No arrests have yet been made,” said National Police spokesman, BrigadierVish Naidoo. When Motorcycle Meets Electric Roadster, You Get the Suzuki Misano

Only Five of These Electric Batman Tumbler Golf Carts Exist Worldwide, Here’s an Up-Close Look at One